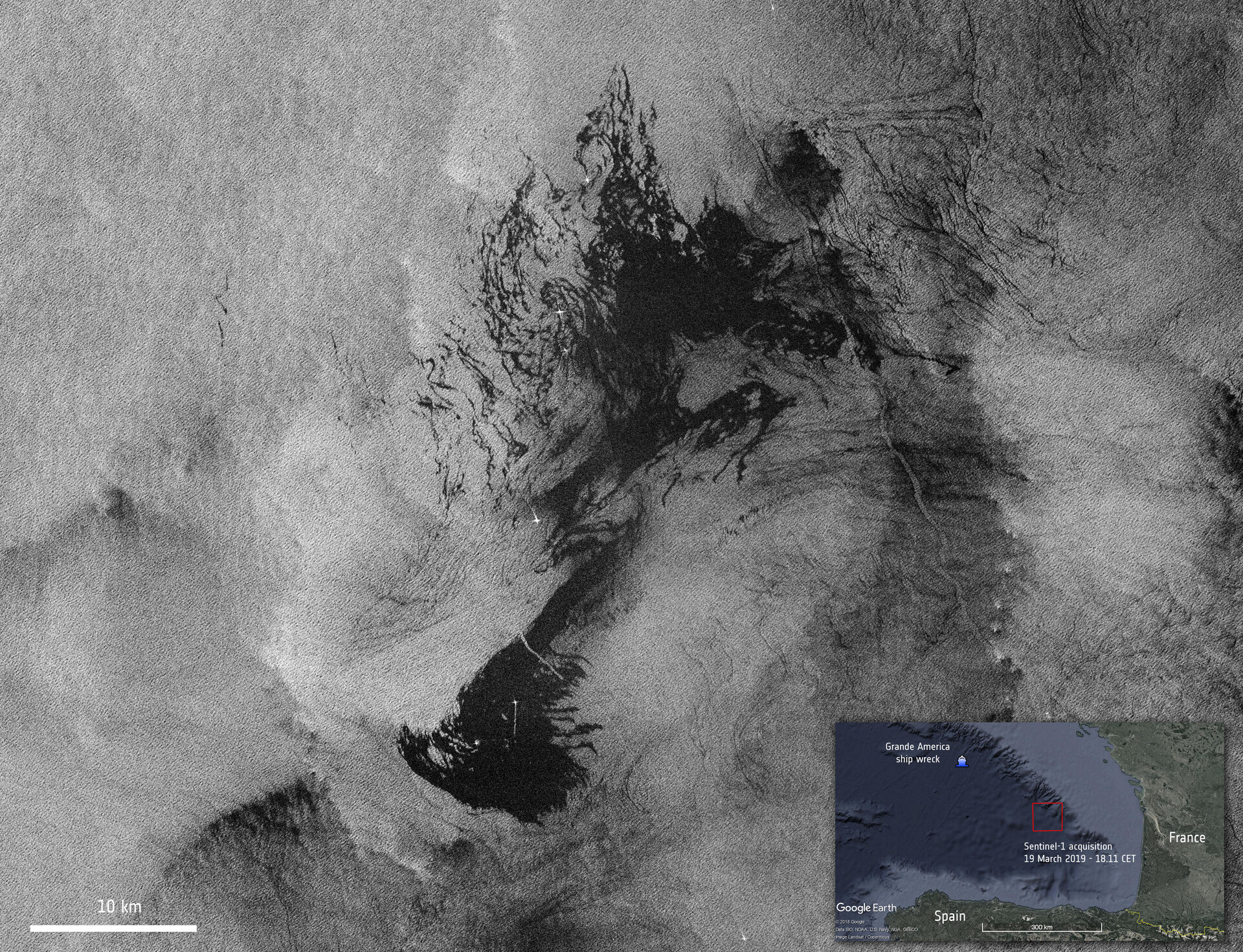 Captured just yesterday, 19 March, at 17:11 GMT (18:11 CET) by the Copernicus Sentinel-1 mission, this image shows the oil spill from the Grande America vessel. The Italian container ship, carrying 2200 tonnes of heavy fuel, caught fire and sank in the Atlantic, about 300 km off the French coast on 12 March.

Copernicus Sentinel-1 acquired this radar image of the oil slick, the large, dark patch visible in the centre of the image, stretching about 50 km. Marine vessels are identifiable as smaller white points, which could be those assisting in the clean-up process.

Oil is still emerging from the ship now lying at a depth of around 4500 metres. French authorities are trying to reduce the impact of pollution along the coast.

Sentinel-1 is a two-satellite constellation built for the European Commission’s Copernicus environmental monitoring programme. The identical satellites each carry an advanced radar instrument that can ‘see’ through the dark and through clouds.

Satellite radar is particularly useful for monitoring the progression of oil spills because the presence of oil on the sea surface dampens down wave motion. Since radar basically measures surface texture, oil slicks show up well – as black smears on a grey background.