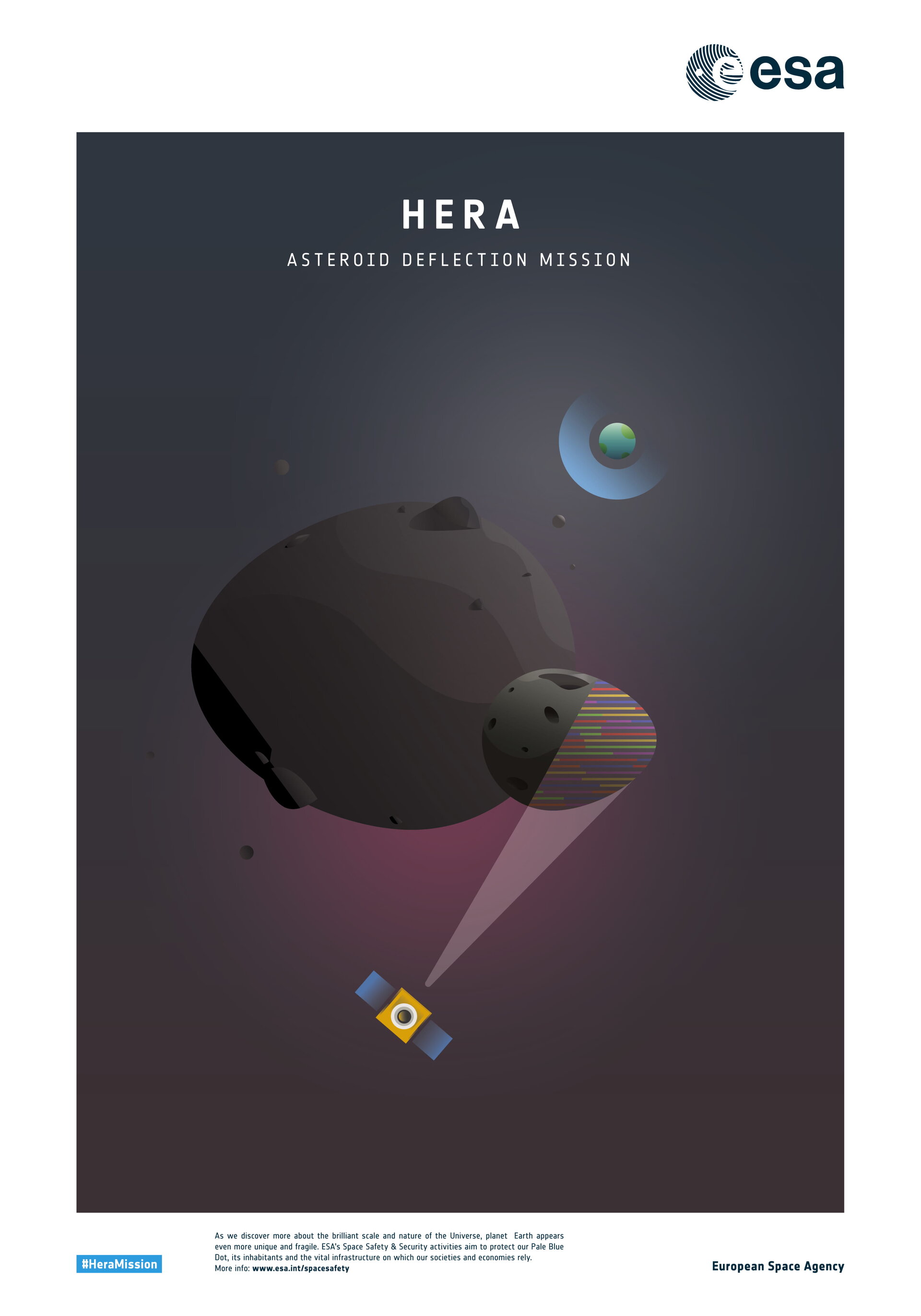 ESA’s planned Hera mission, named after the Greek goddess of marriage, will be humankind’s first probe to rendezvous with a binary asteroid system – a little understood class making up around 15% of all known asteroids.

Hera is the European contribution to an international double-spacecraft mission called AIDA. NASA will first crash its DART spacecraft into the smaller of the two bodies, ‘Didymoon’, modifying its orbit around the primary asteroid, ‘Didymos’, by a tiny amount. Hera will then follow-up with a detailed post-impact survey, turning this grand-scale experiment into a well-understood and repeatable planetary defence technique.