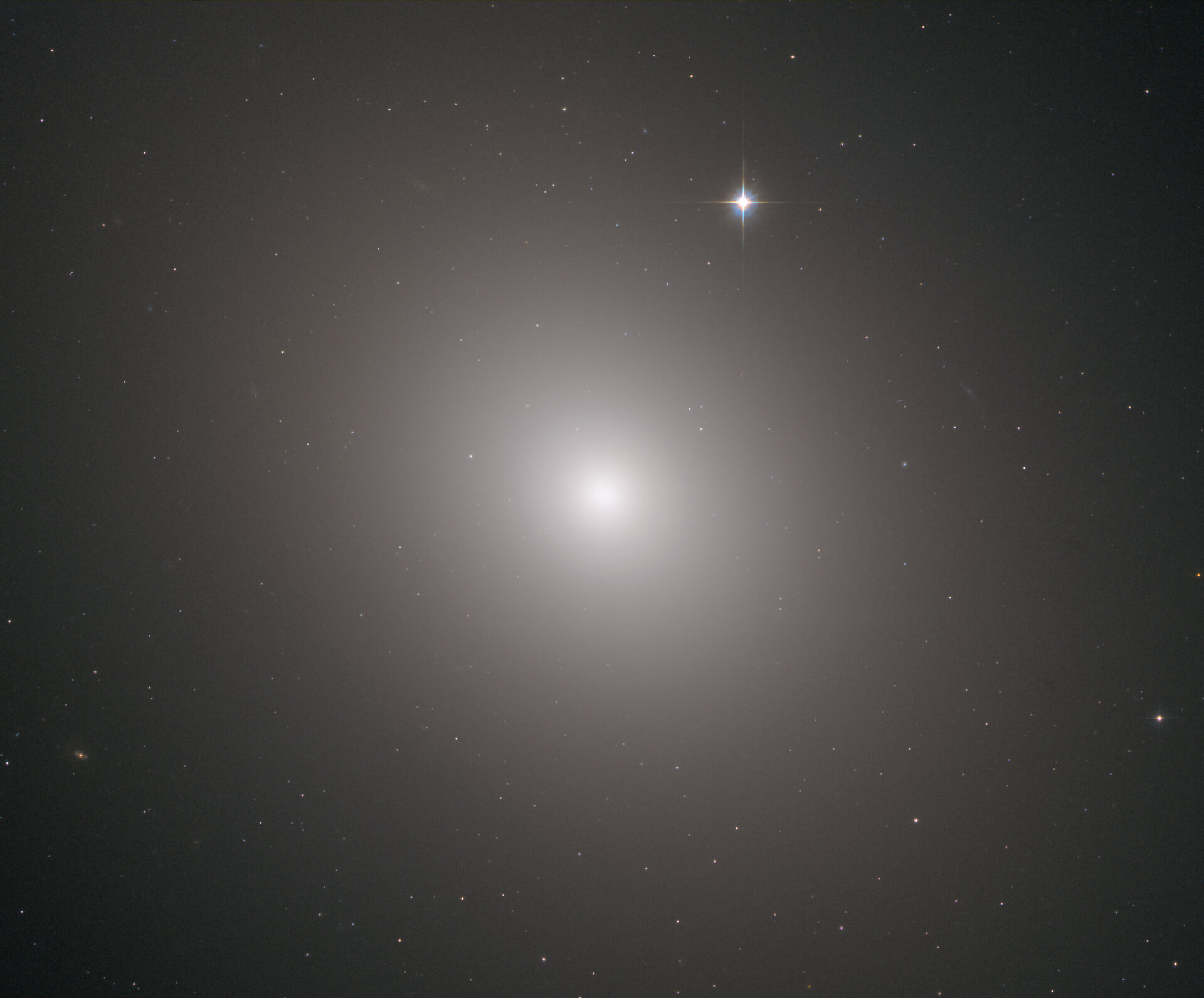 This fuzzy orb of light is a giant elliptical galaxy filled with an incredible 200 billion stars. Unlike spiral galaxies, which have a well-defined structure and boast picturesque spiral arms, elliptical galaxies appear fairly smooth and featureless. This is likely why this galaxy, named Messier 49, was discovered by French astronomer Charles Messier in 1771. At a distance of 56 million light-years, and measuring 157 000 light-years across, M49 was the first member of the Virgo Cluster of galaxies to be discovered, and it is more luminous than any other galaxy at its distance or nearer.

Elliptical galaxies tend to contain a larger portion of older stars than spiral galaxies and also lack young blue stars. Messier 49 itself is very yellow, which indicates that the stars within it are mostly older and redder than the Sun. In fact, the last major episode of star formation was about six billion years ago — before the Sun was even born!

Messier 49 is also rich in globular clusters; it hosts about 6000, a number that dwarfs the 150 found in and around the Milky Way. On average, these clusters are 10 billion years old. Messier 49 is also known to host a supermassive black hole at its centre with the mass of more than 500 million Suns, identifiable by the X-rays pouring out from the heart of the galaxy (as this Hubble image comprises infrared observations, these X-rays are not visible here).