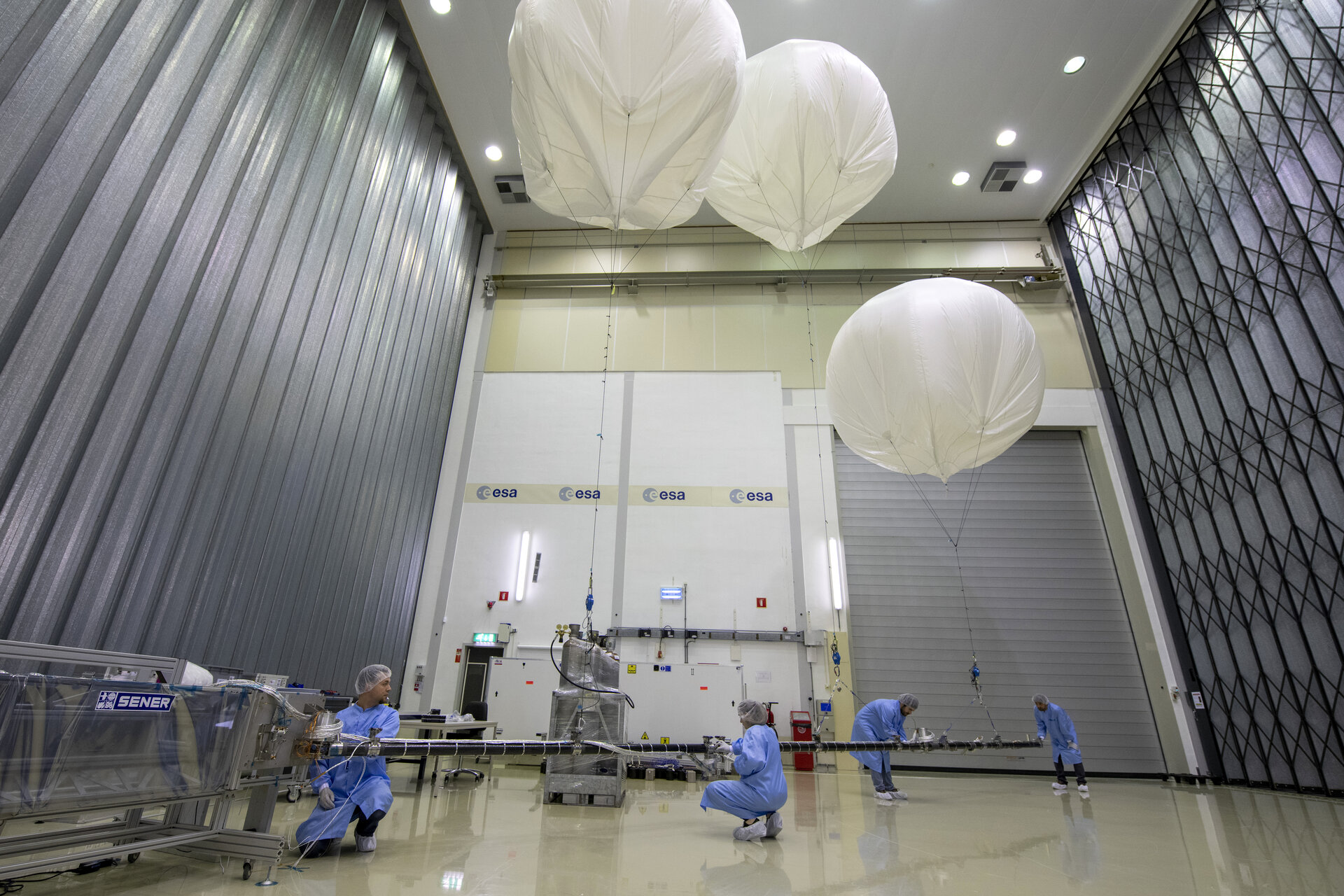 A test version of the 10.5-m long magnetometer boom built for ESA’s mission to Jupiter, developed by SENERin Spain, seen being tested at ESA’s Test Centre in the Netherlands, its weight borne by balloons.

The flight model will be mounted on the Juice spacecraft – Jupiter Icy Moons Explorer – due to launch in 2022, arriving at Jupiter in 2029. The mission will spend at least three years making detailed observations of the giant gaseous planet Jupiter and three of its largest moons: Ganymede, Callisto and Europa.

The Juice spacecraft will carry the most powerful remote sensing, geophysical, and in situ payload complement ever flown to the outer Solar System. Its payload consists of 10 state-of-the-art instruments.

This includes a magnetometer instrument that the boom will project clear of the main body of the spacecraft, allowing it to make measurements clear of any magnetic interference. Its goal is to measure Jupiter’s magnetic field, its interaction with the internal magnetic field of Ganymede, and to study subsurface oceans of the icy moons.

The deployment of this qualification model boom has been performed before and after simulated launch vibration on Test Centre shaker tables to ensure it will deploy correctly in space. Since the boom will deploy in weightlessness, three helium balloons were used to help bear its weight in terrestrial gravity.