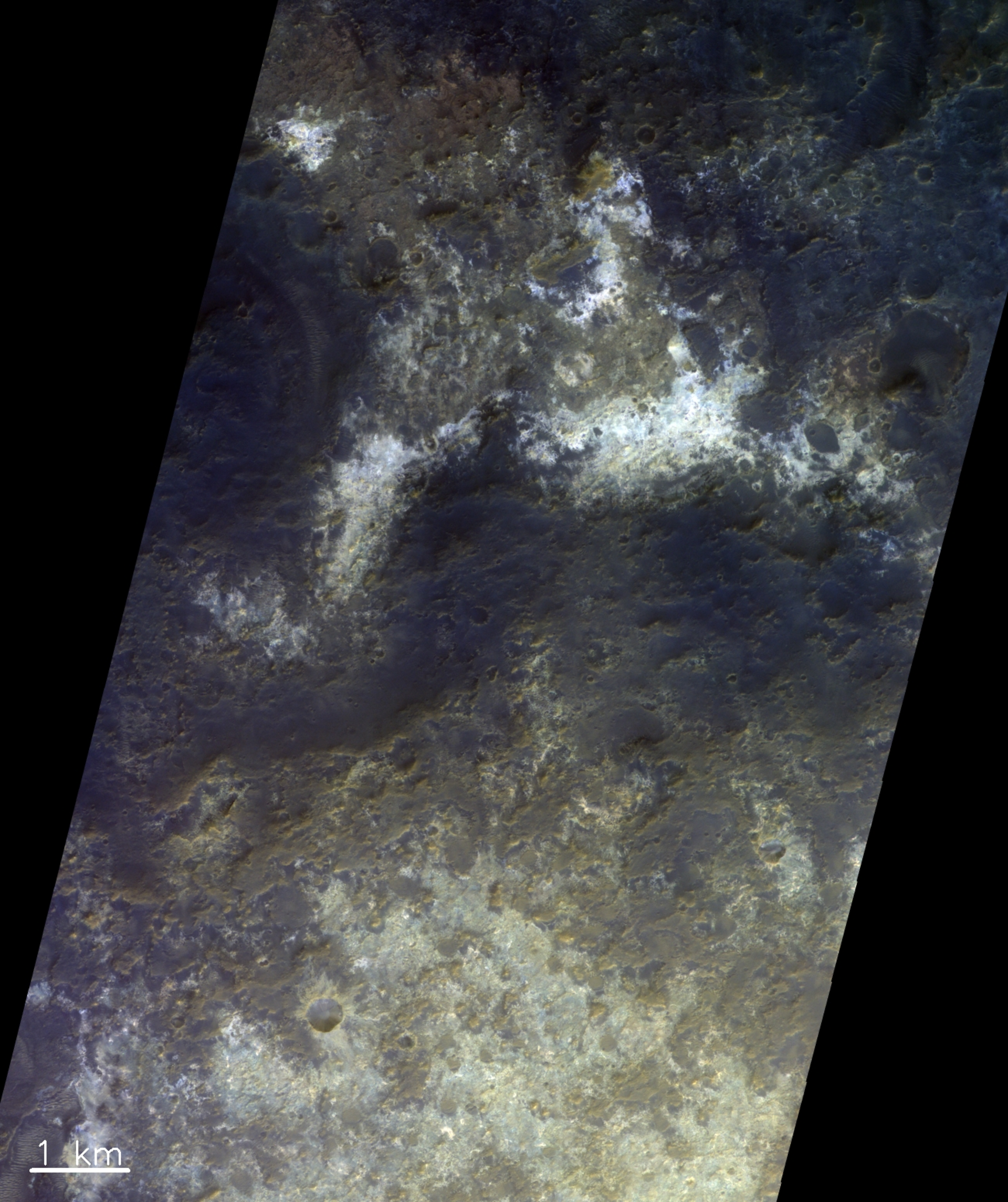 This colourful image of terrain south of the Mawrth Vallis outflow channel on Mars shows the diversity of mineralogical compositions found in this region.

The image was taken by the Colour and Stereo Surface Imaging System (CaSSIS) onboard the ESA-Roscosmos ExoMars Trace Gas Orbiter on 5 January 2019 and is shown as a colour-composite that has been processed to better highlight the different compositions.

Mawrth Vallis is an outflow channel dissecting the ancient cratered highlands of Mars and leading into the low-lying plains of the northern hemisphere. Some of the bedrock exposed in the sides of the main outflow channel in this view belongs to the most ancient rocks found at the surface of Mars and displays evidence for strong and sustained water activity in the past. Clay minerals are particularly abundant here and provide important clues about the interaction between rock and water on the Red Planet.