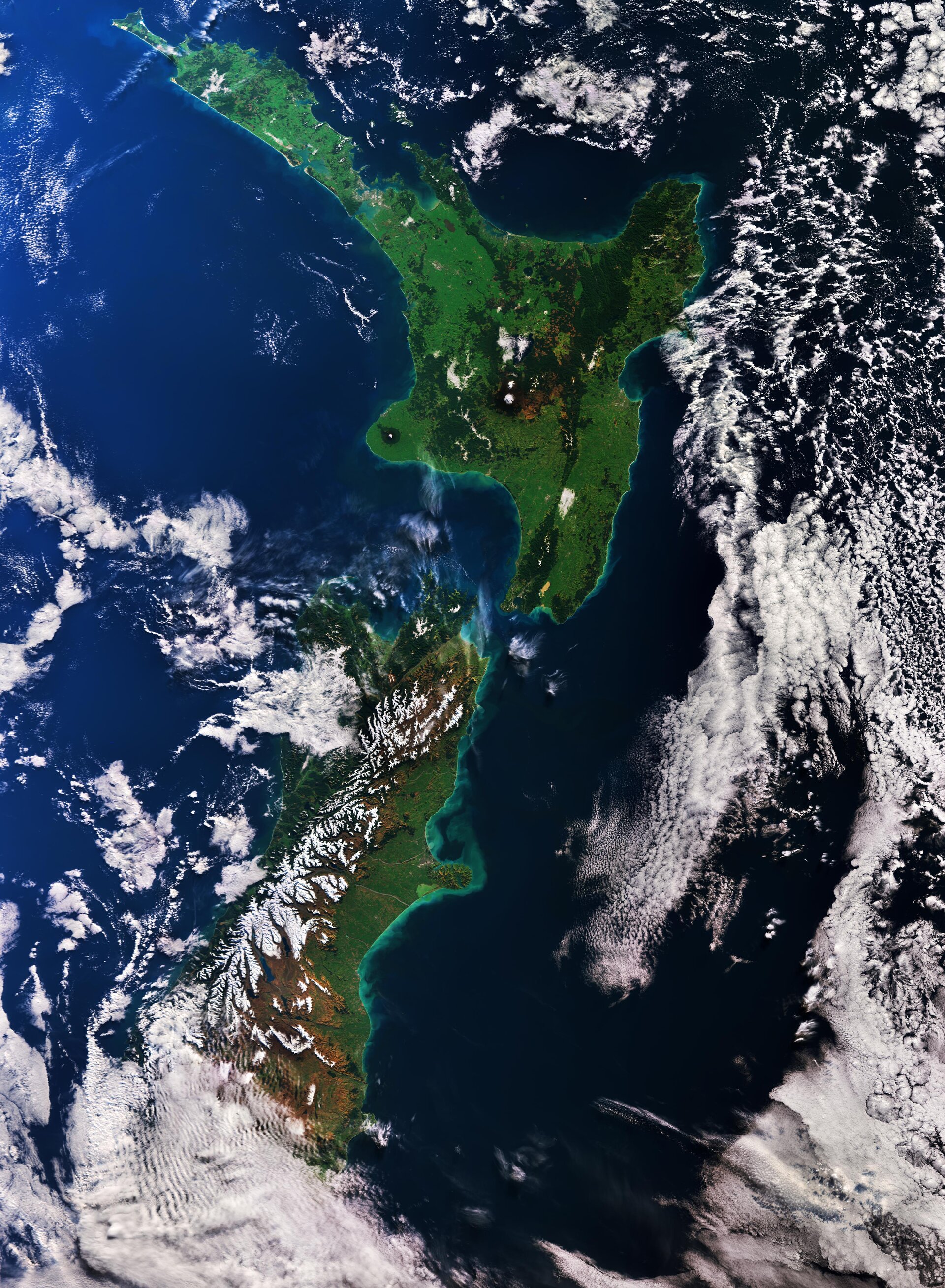 The Copernicus Sentinel-3A satellite takes us over New Zealand, with the image centred over Cook Strait between the North and South Islands.

Captured on 22 August 2018, this true-colour image shows the snow-covered Southern Alps stretching 500 km across the west coast of the South Island.

On the island’s east coast, bright turquoise colours in the Pacific Ocean suggest the presence of sediment being carried into the ocean by river discharge as well as algal blooms.

Algal blooms occur when there is a rapid increase in the number of algae in water, and are usually a result of slow water circulation and high water temperatures, they can be toxic and potentially dangerous to both fish and humans.

The emerald green colour of the coastal Lake Ellesmere (Te Waihora), below the circular peninsula jutting out, is most likely because of a high concentration of chlorophyll. This brackish lake is home to over 150 species of birds and more than 40 species of fish thanks to the influx of both freshwater and marine species migrating in and out of the lake.

Across the Cook Strait, nestling on the southern tip of the North Island, the image shows a body of water called Lake Wairarapa. It is yellow-ochre in colour owing to high concentrations of sediment. This shallow lake, which is surrounded by wetlands and farms, drains into the smaller Lake Onoke, further south.

Tongariro National Park, in the centre of the North Island, is a UNESCO World Heritage Site owing to its natural and cultural significance. The park has three active volcanoes. At 2797 m high, the snow-covered Ruapehu – a majestic stratovolcano – is the most visible in the image. The area’s rugged terrain and jagged rocks made it the ideal location for filming the Lord of the Rings trilogy.

On the far west, the snow-capped cone of Mount Taranaki is in the middle of Egmont National Park. The mountain is surrounded by dark-coloured dense forest that is in contrast to the unprotected pasture outside of the park’s circular boundary. It is considered one of the most symmetrical volcano cones in the world.