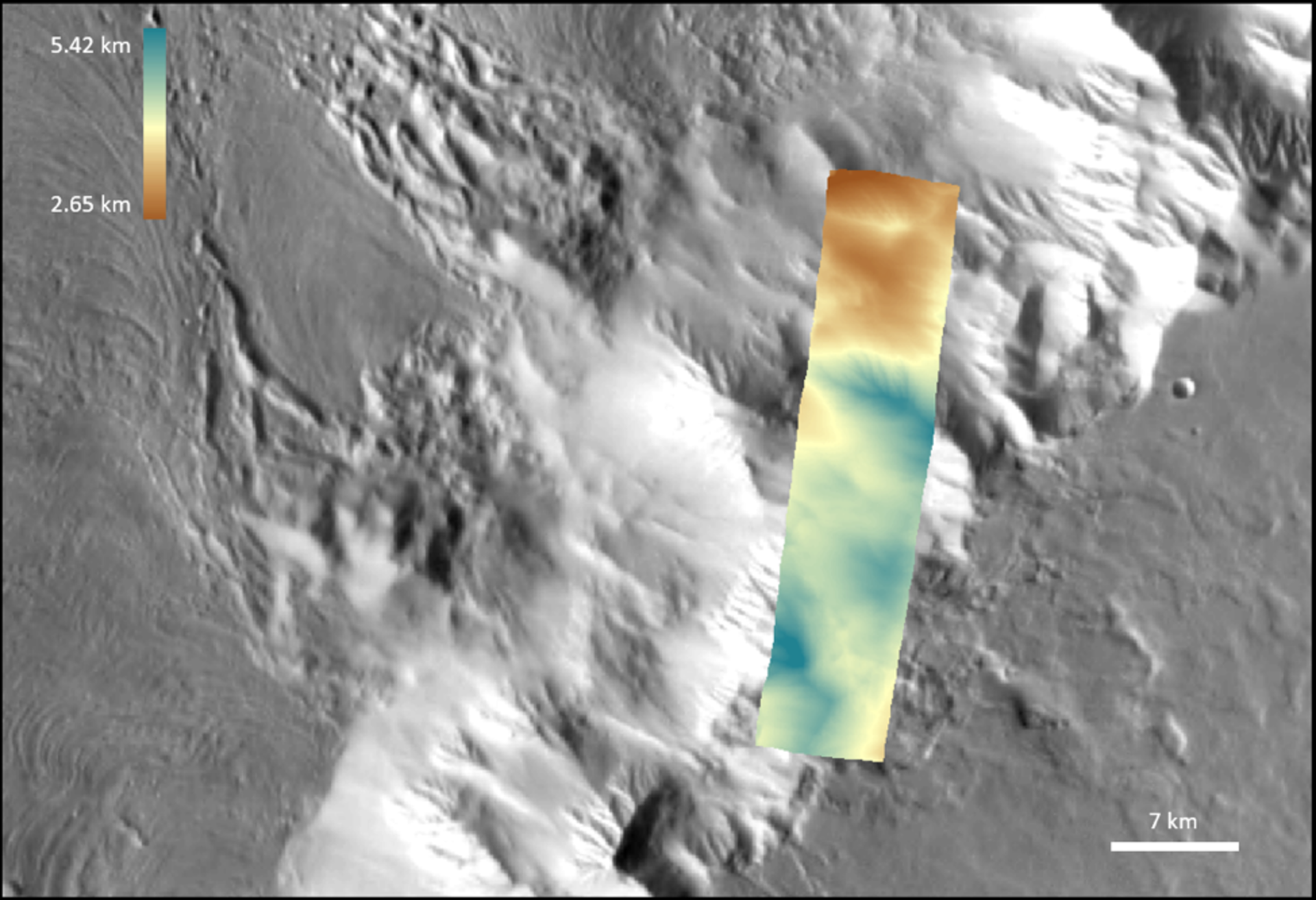 A digital terrain model (DTM) of Mars obtained from stereo pairs of images collected by the Colour and Stereo Surface Imaging System (CaSSIS) onboard the ESA-Roscosmos ExoMars Trace Gas Orbiter on 14 September 2018.

The imaging strip captures the north-western flanks of Olympus Mons, the widest (600 km) and tallest (25 km) volcano in the Solar System. The DTM is located on the volcano’s outer edge where a cliff of about 8 km tall is seen.

The DTMs have been created starting from the CaSSIS stereo pairs obtained using a mosaicking procedure able to combine (typically) thirty framelets. The images and the derived 3D models have a pixel scale of 4.6 m that permits high resolution feature analysis.

The DTMs have been generated through a stereo photogrammetric process implemented in the 3DPD software developed by the INAF-Padova.