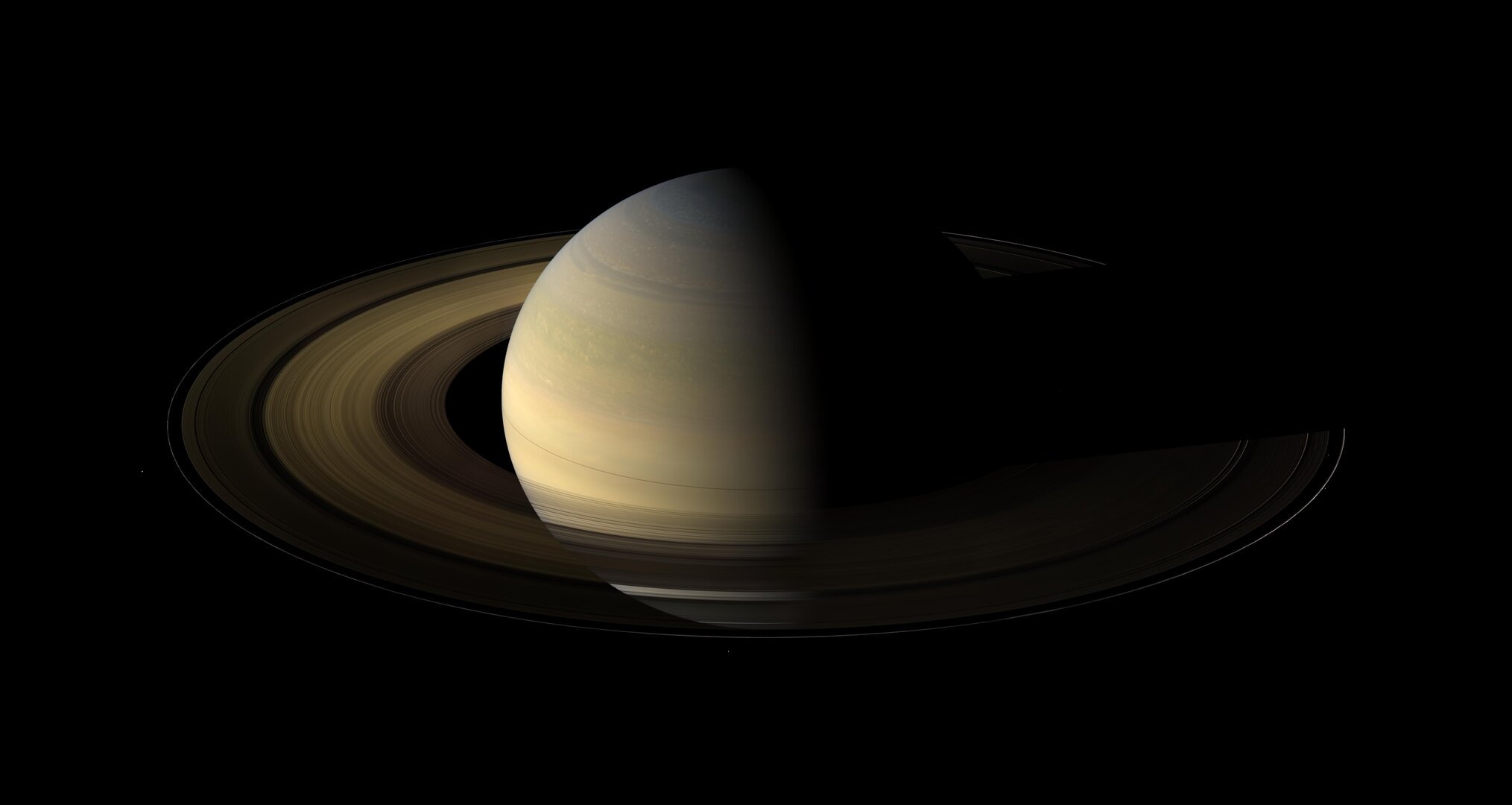 Saturn is famous for its bright, glorious rings but in this picture, taken during Saturn's 2009 equinox, the rings are cast in a different light as sunlight hits the rings edge-on.

The equinox is a point in a planet's orbit where the Sun shines directly overhead at the equator. It occurs twice per orbit and on Earth it happens in March and September. At the equinox, day and night are almost equal and the Sun rises due east and sets due west. This year, for northern hemisphere dwellers, the spring equinox occurs on 20 March.

Further afield, the international Cassini mission captured a Saturnian equinox for the first time on 12 August 2009. Saturn's equinoxes occur approximately every 15 Earth years and the next one will take place on 6 May 2025.

When Saturn's equinox is viewed from Earth, the rings are seen edge-on and appear as a thin line – sometimes giving the illusion they’ve disappeared. In this image however, Cassini had a vantage point of 20 degrees above the ring plane, and viewed the planet from a distance of 847,000 kilometres. Its wide angle camera took 75 exposures over eight hours, which were then aligned and combined to create this mosaic.

As the Sun is striking the rings straight on, rather than illuminating them from above or below, the shadows cast by the rings onto the planet are compressed into a single narrow band on the planet.

The rings also appear darker than usual. This can cause out-of-plane structures to look brighter than normal and then cast shadows across the rings. These Saturnian shadow puppets only appear a few months before and after the equinox. The shadows that Cassini saw revealed new ‘mountains’ in the rings, and also discovered previously hidden moonlets. Radial markings known as spokes are also visible on the B ring on the right side of the image.

Several moons are also visible in the mosaic: Janus (lower left), Epimetheus (middle bottom), Pandora (just outside the rings on the right), and Atlas (inside the thin F ring on the right).

Cassini explored the Saturn system for 13 years. It is a cooperative project of NASA, ESA and Italy’s ASI space agency. This image was first published in September 2009; read the full caption for more information and imaging details.