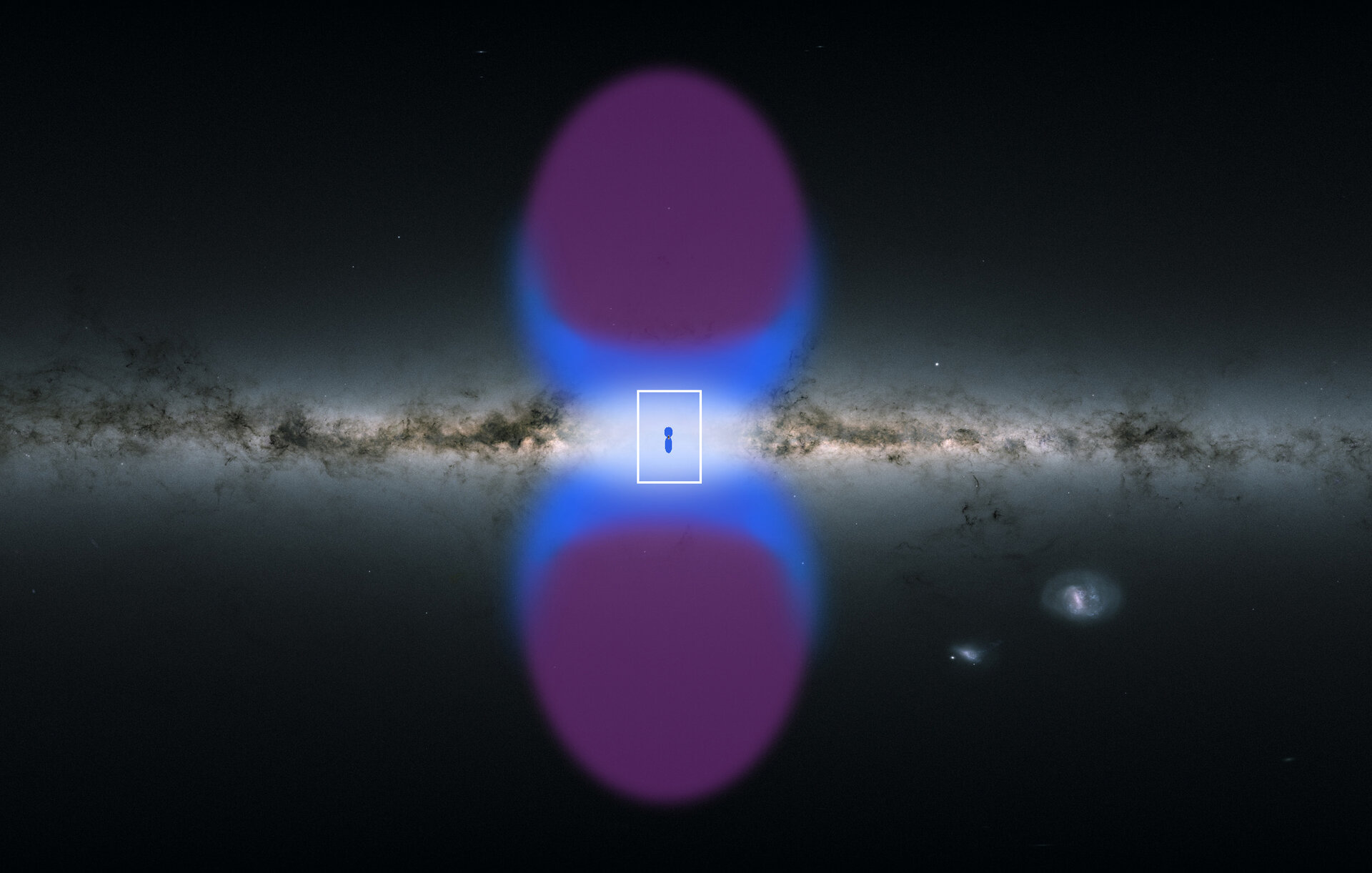 The two galactic chimneys were revealed using data collected between 2016 and 2018 by ESA’s XMM-Newton space observatory, which completed the most extensive X-ray map ever made of the Milky Way’s core.

The giant, gamma-ray emitting bubbles had been discovered by NASA’s Fermi Gamma-ray Space Telescope. They form a shape akin to a colossal hourglass, spanning about 50 000 light years from end to end – comparable to the size of the central, densest part of the Milky Way’s stellar disc.

The two hot channels found by XMM-Newton stream outwards from Sagittarius A*, our Galaxy’s central supermassive black hole, and extend each for hundreds of light years, finally linking the immediate surroundings of the black hole and the bubbles together. Scientists think that these ‘chimneys’ act as a set of exhaust pipes through which energy and mass are transported from our Galaxy’s heart out to the base of the bubbles, replenishing them with new material.

Click here for an annotated version of this image.