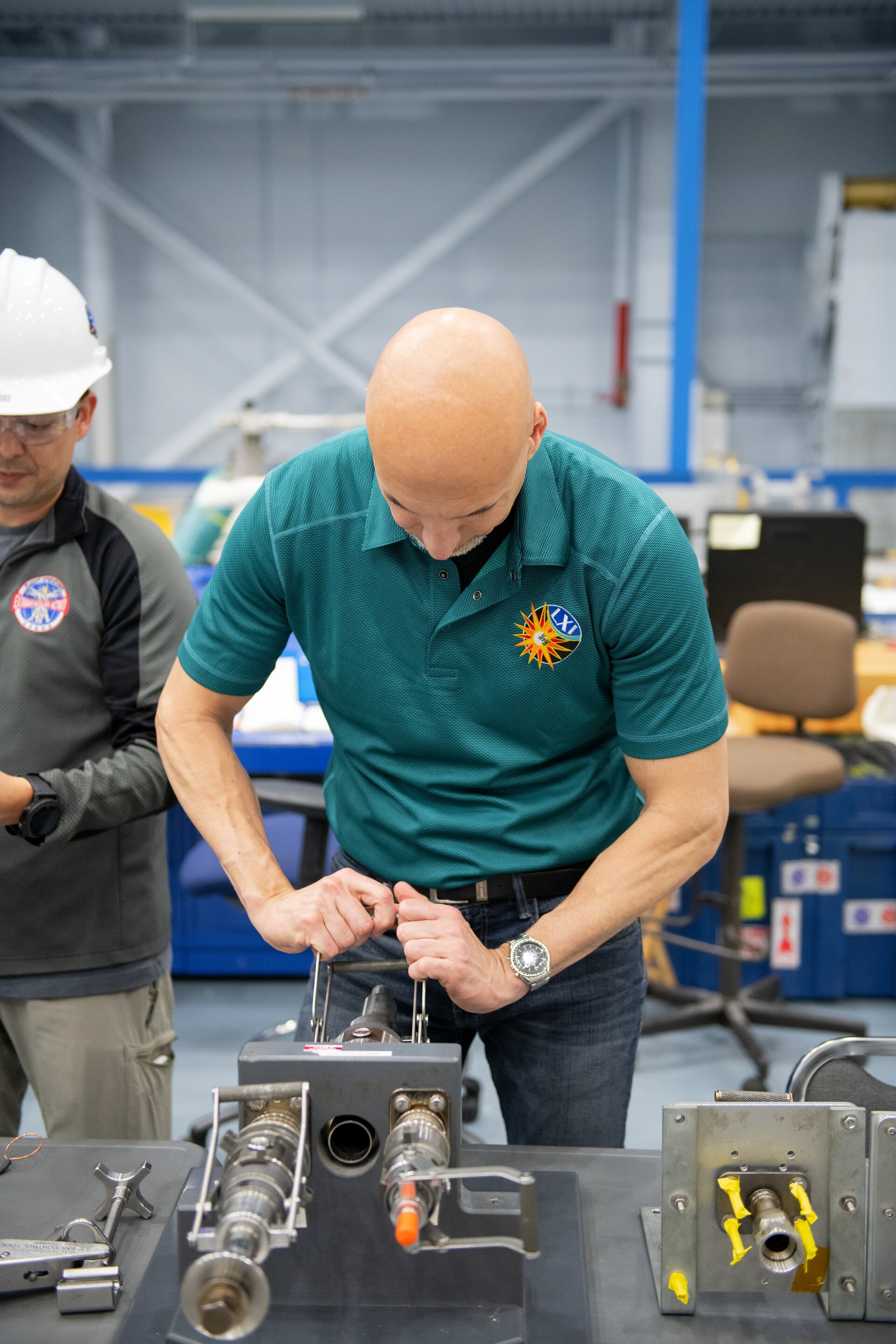 In preparation for his Beyond mission, ESA astronaut Luca Parmitano was at the Johnson Space Center in Houston, USA, in March 2019.

His training included working on a spacewalk, or Extravehicular Activity (EVA).

Luca already has two spacewalks under his belt but in ‘building 9’ of the Johnson Space Center, Luca worked with the Space Vehicle Mockup Facility and refreshed his skills on maintaining the US spacewalk suits called Extravehicular Mobility Units (EMU).

The training is important as Luca has some spacewalks planned that will see him repair the Alpha Magnetic Spectrometer AMS-02 particle detector. The dark-matter hunter was launched 16 May 2011 on Space Shuttle Endeavour mission STS-134. It records over 17 billion cosmic rays, particles, and nuclei a year. The results from AMS-02 have shown unexpected phenomena not predicted by cosmic ray models—and changing our understanding of the cosmos.

The mission was initially meant to run for only three years but has been so successful that its mission life has been extended. Three of the four cooling pumps however have stopped functioning and require repair.

A series of spacewalks are planned to replace the cooling system for the $2 billion instrument but they were never designed to be replaced in space.

The first spacewalk is intended to determine just how and where to intervene, and what tools will be needed for the process.

Luca will go beyond Earth’s atmosphere when he returns to the International Space Station in 2019 as part of Expedition 60/61, alongside NASA astronaut Andrew Morgan and Roscosmos astronaut Alexander Skvortsov.

Luca was the first of the 2009 astronaut class to fly to the Space Station. His first mission Volare, meaning 'to fly' in Italian, took place in 2013 and lasted 166 days, during which time Luca conducted two spacewalks and many experiments that are still running today.