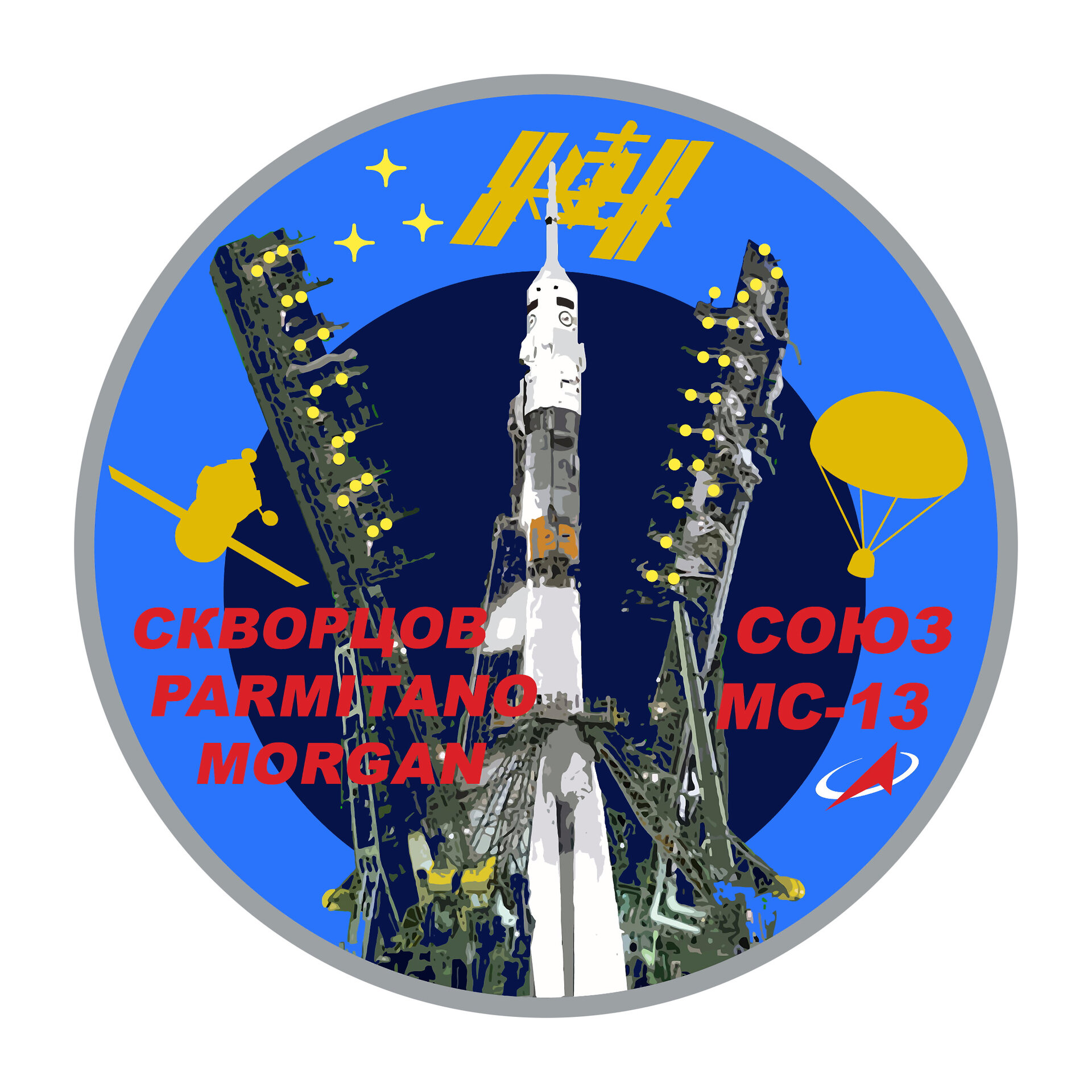 ESA astronaut Luca Parmitano (IT) is assigned to fly on the Soyuz MS-13 spacecraft to the International Space Station, scheduled for launch in July 2019. His crew mates will be NASA astronaut Drew Morgan and Russian spacecraft commander Alexander Skvortsov.

Designed by Luc van den Abeelen, this circular crew patch focuses on the Soyuz launcher, depicted sitting on the Baikonur launch pad, while the service tower is opening as the spaceship is preparing to be launched into orbit.

With the spacecraft enclosed in the rocket nosecone, the launcher scene is surrounded by silhouetted stages of the Soyuz's lifecycle during its mission to the International Space Station. To the left is the ship approaching the orbital facility, which itself is depicted at the top of the design, while the mission's end is illustrated by the parachute landing of the descent module.

Three gold stars to the left of the Space Station represent the crew, with their names on the left while the Roscosmos logo is shown on the right of the design, underneath the spacecraft's designation.