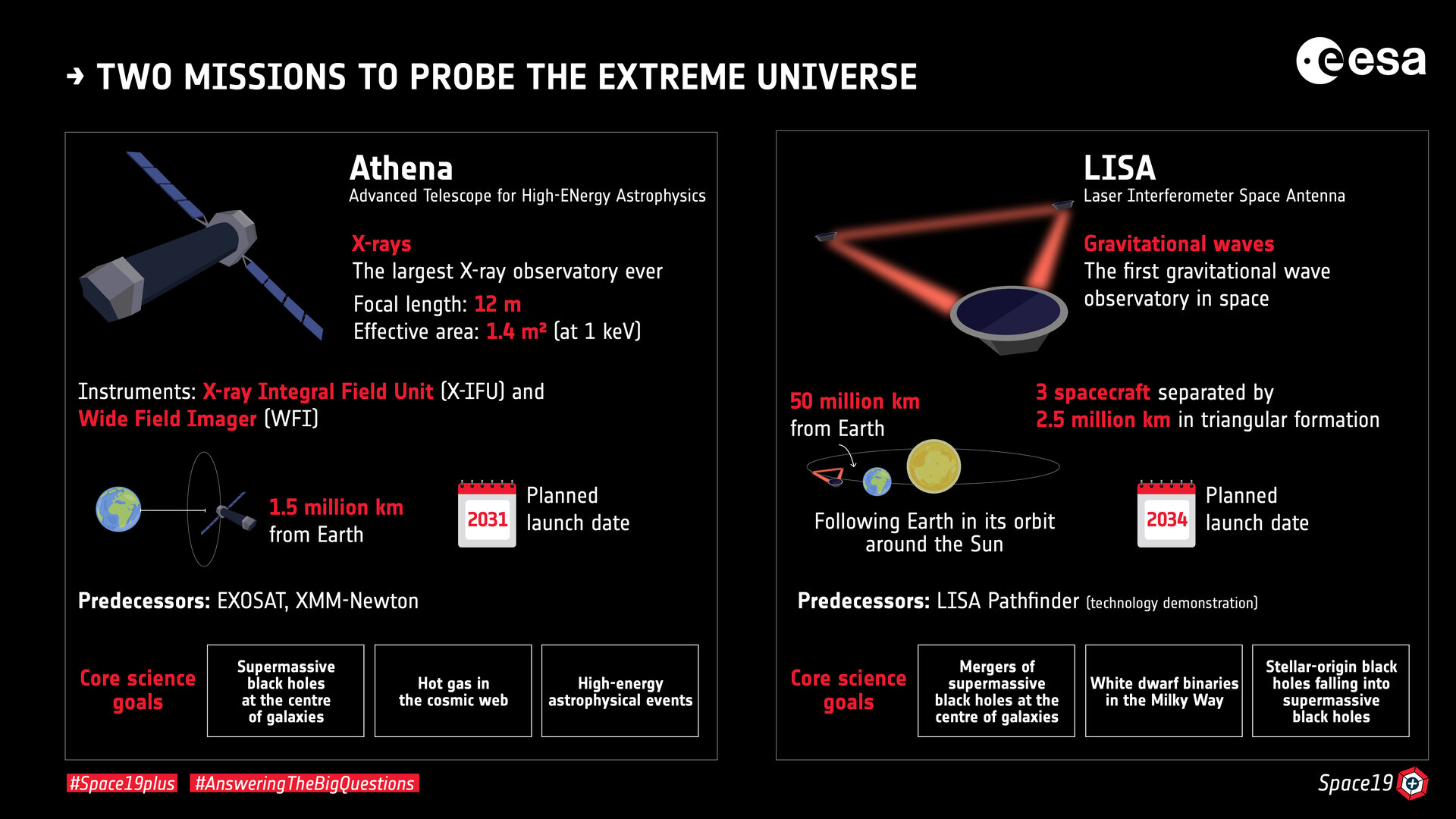 Athena and LISA: two missions to probe the extreme Universe

Two future missions in ESA’s space science programme will investigate some of the most extreme phenomena in the Universe: Athena, the Advanced Telescope for High-ENergy Astrophysics, and LISA, the Laser Interferometer Space Antenna. Currently in the study phase, both missions are scheduled for launch in the early 2030s.

Athena will be the largest X-ray observatory ever built, investigating some of the hottest and most energetic phenomena in the cosmos with unprecedented accuracy and depth.

Meanwhile, LISA will be the first space-borne observatory of gravitational waves – fluctuations in the fabric of spacetime produced by the acceleration of cosmic objects with very strong gravity fields, like pairs of merging black holes.