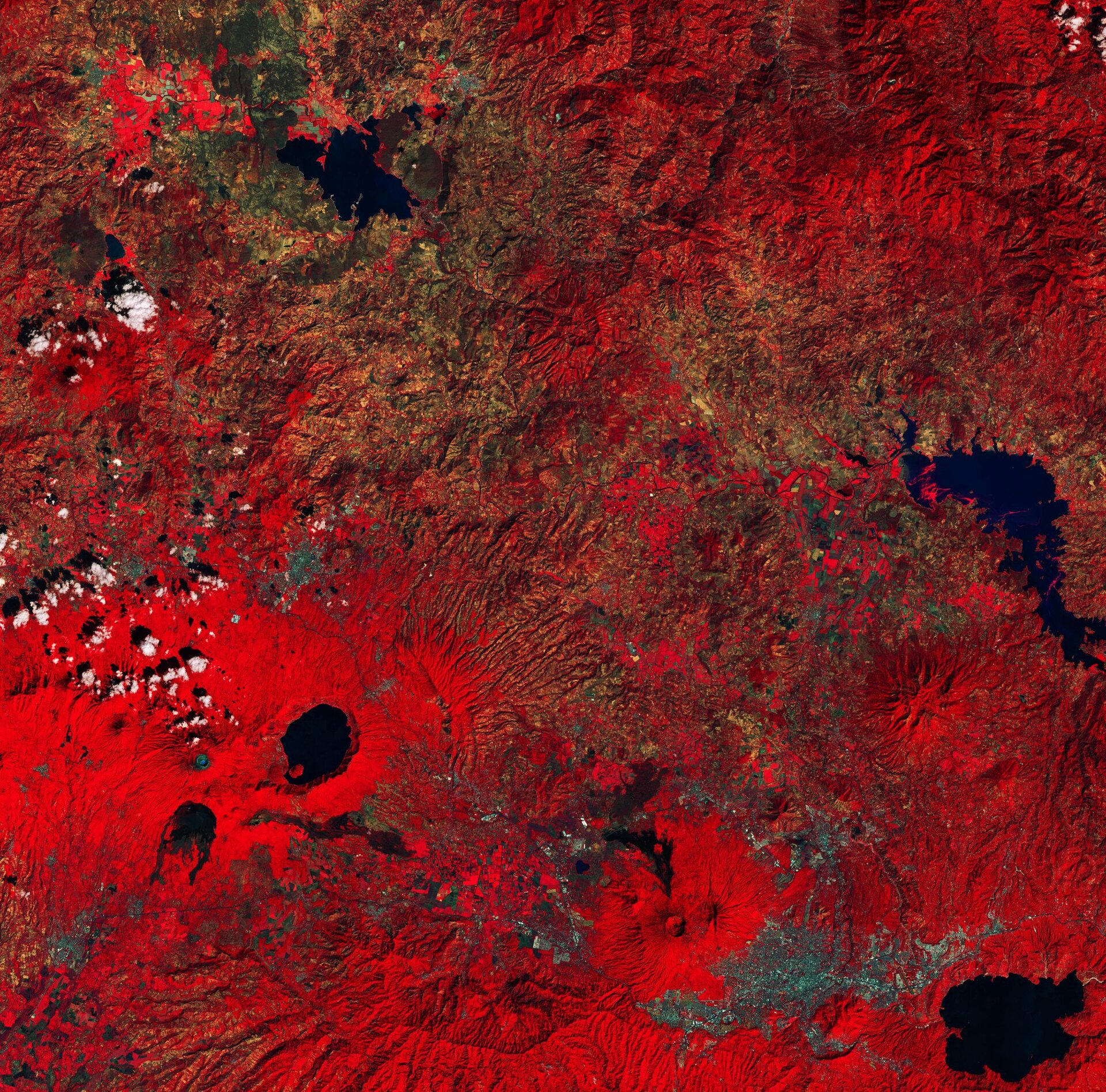 The Copernicus Sentinel-2 mission takes us over El Salvador, the smallest and most densely populated country in Central America. Captured on 30 January 2019, this false-colour image was processed in a way that makes vegetation appear  red.

Lake Guija, visible in the top left of the image, lies on the border between El Salvador and Guatemala. The lake once formed part of the Mayan Empire and legend says that it also hides an ancient city beneath its waters.

El Salvador sits on the eastern edge of the Pacific Ring of Fire, and despite being a small country, it has 25 volcanoes. The volcano complex of the Cerro Verde National Park can be seen dotted with clouds in the lower left of the image.

The Cerro Verde National Park is over 2000 metres above sea level. It is home to a cluster of three  volcanoes surrounded by lush rainforest. Santa Ana, the highest volcano in the country, is clearly visible with its circular peak.

Izalco, located directly below Santa Ana, was born in 1770 and has erupted more than 50 times since. Its odd colour and shape is due to these frequent eruptions.

The large body of water to the right of Izalco is Lake Coatepeque, one of the largest crater lakes in the country. It is home to a variety of aquatic life and has remnants of ancient volcanic activity such as hot springs and openings emitting steam known as fumaroles.

The large volcano in the right of the image is named San Salvador. It is adjacent to the capital, with which it shares its name. The city sprawls close to the nearby Lake Ilopango, which occupies the crater of an extinct volcano.

Copernicus Sentinel-2 is a two-satellite mission. Each satellite carries a high-resolution camera that images Earth’s surface in 13 spectral bands. The mission is mostly used to track changes in the way land is being used and to monitor the health of  vegetation.