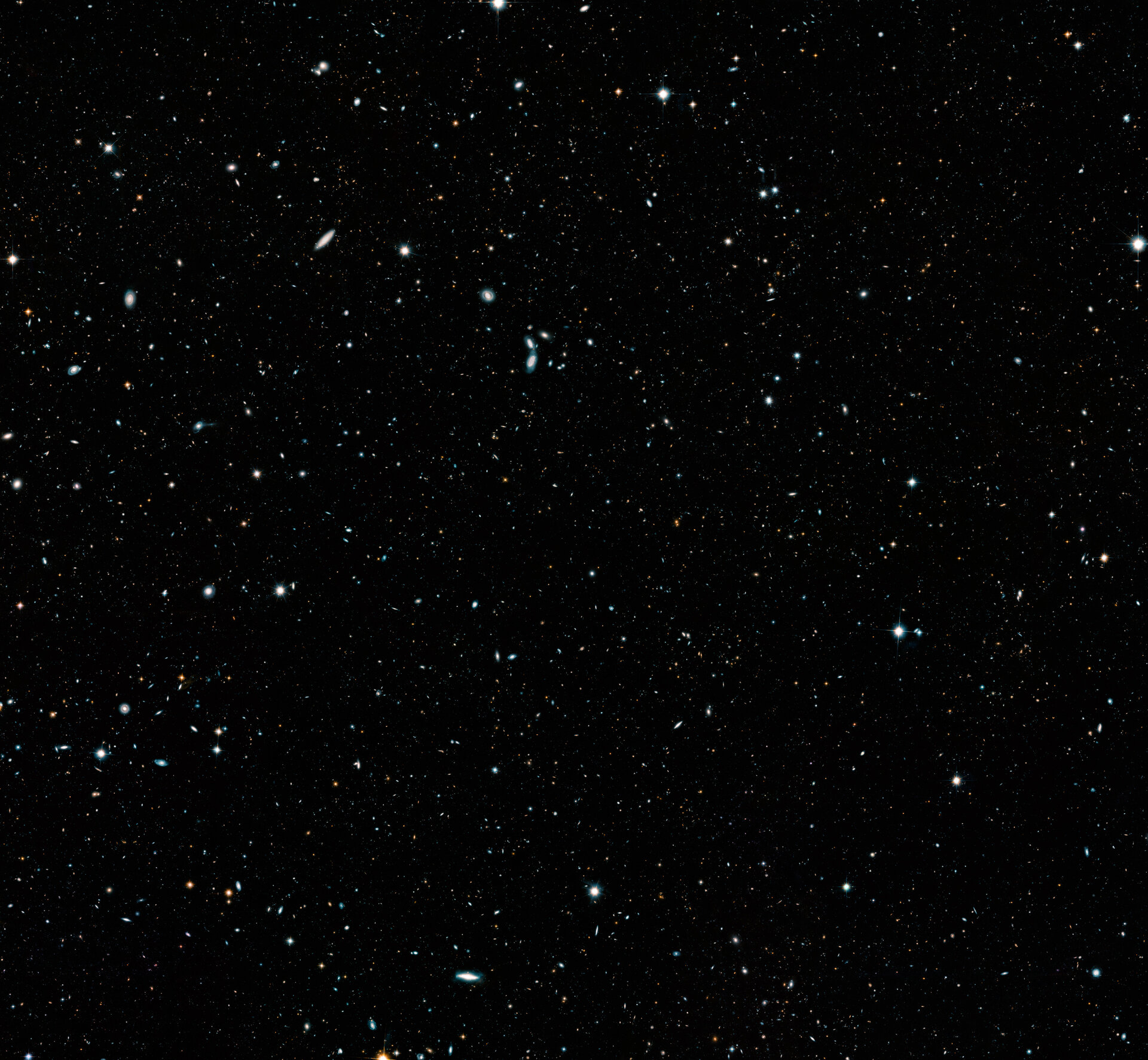 Astronomers developed a mosaic of the distant Universe that documents 16 years of observations from the NASA/ESA Hubble Space Telescope. The image, called the Hubble Legacy Field, contains roughly 265,000 galaxies that stretch back to just 500 million years after the Big Bang.

The wavelength range of this image stretches from ultraviolet to near-infrared light, capturing all the features of galaxy assembly over time. The faintest and farthest galaxies in the image are just one ten-billionth the brightness of what the human eye can observe.