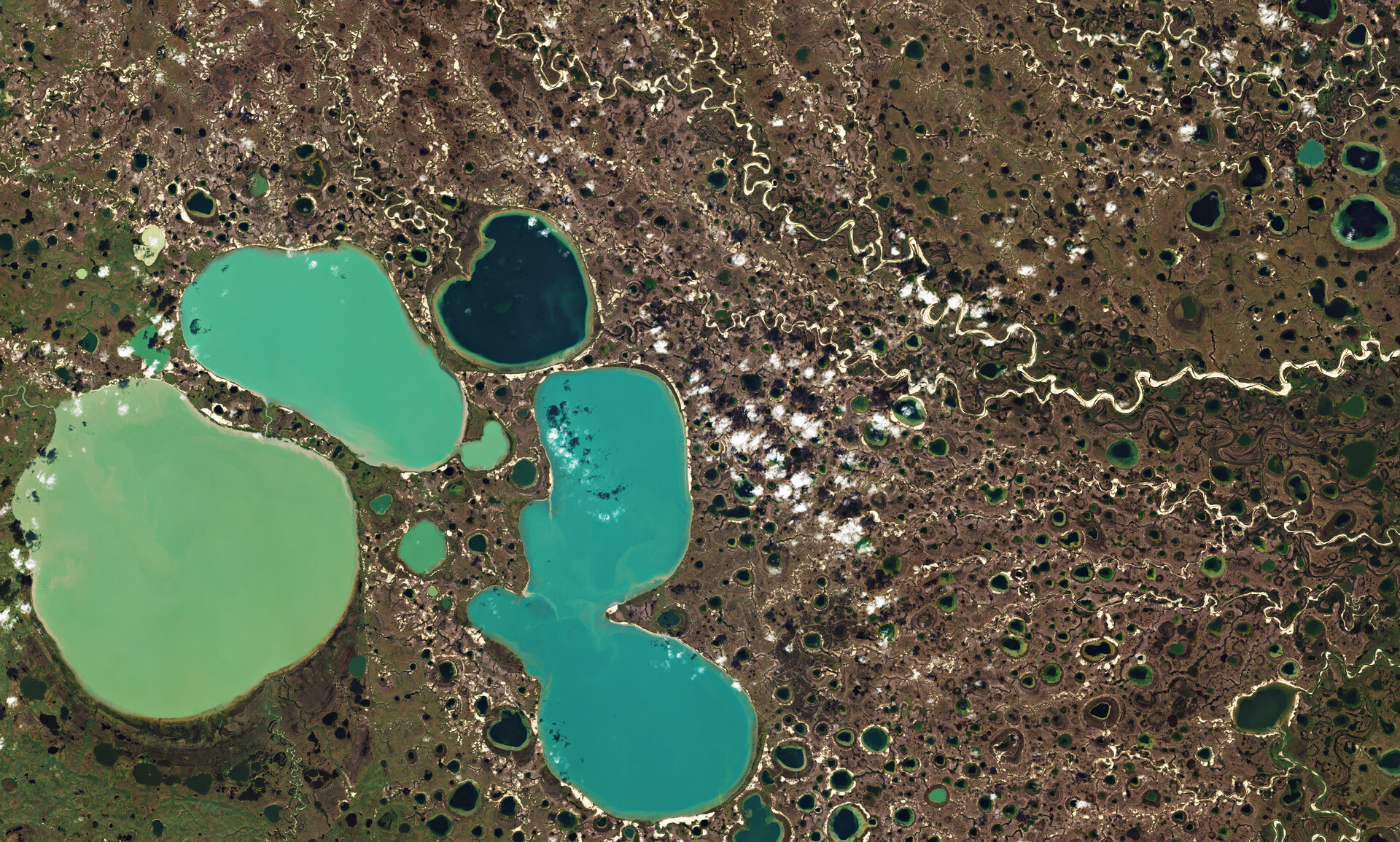 Ponds resulting from thawing permafrost in the Yamal Peninsula in northwest Siberia captured by the Copernicus Sentinel-2 mission on 27 August 2018. In Earth’s cold regions, much of the sub-surface ground is frozen. Permafrost is frozen soil, rock or sediment – sometimes hundreds of metres thick. To be classified as permafrost, the ground has to have been frozen for at least two years, but much of the sub-surface ground in the polar regions has been frozen since the last ice age.

Permafrost holds carbon-based remains of vegetation and animals that froze before they could decompose. Scientists estimate that the world’s permafrost holds almost double the amount of carbon that is currently in the atmosphere. When permafrost warms and thaws, it releases methane and carbon dioxide, adding these greenhouse gases to the atmosphere and making global warming even worse.