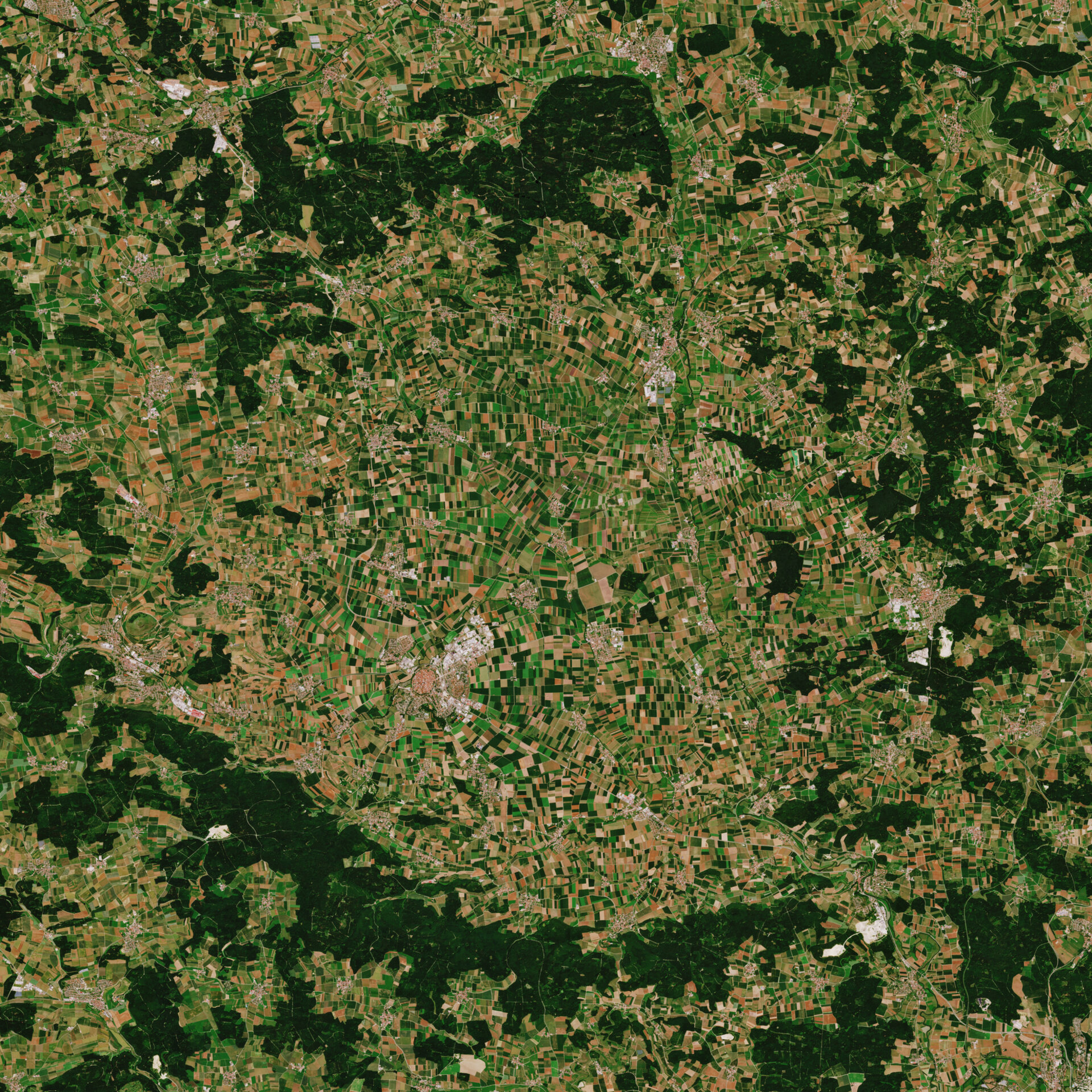 The Copernicus Sentinel-2 mission takes us over an area in southern Germany, where approximately 15 million years ago an asteroid crashed through Earth’s atmosphere. The high-speed impact formed what is now known as the Ries crater. Although difficult to spot at first in the image, the result of the impact is actually still visible today.

With a diameter of 26 km, the rim of the crater can be seen as a semi-circle in the image, delineated by dark green forest to the south. The flat ‘crater floor’ is ideally suited for agricultural use and the corresponding fields mark the crater’s extent.

The medieval town of Nördlingen was built in its depression. The historical centre, approximately 1 km wide, appears as a reddish circle, visible with its red rooftops surrounded by a wall.

The asteroid was estimated to be travelling at 70 000 km per hour, and when it made impact with Earth, the high-speed force exposed the rock to intense pressure and heat, over 25 000°C. The impact led to the creation of over 70 000 tonnes of microscopic diamonds, each around 0.2 mm in size.

Overlooked by the town’s inhabitants, the stone buildings were constructed almost entirely with diamond-encrusted rock. Details on the impact can be found in the well-known Rieskrater Museum in Nördlingen.

For centuries, Nördlingen locals believed the town was built in the crater of a volcano. But in the 1960s two American scientists proved that the depression was, in fact, caused by a meteorite impact. Today, visitors around the world gather to marvel at this glittering town, also known as the backdrop to the original Willy Wonka and the Chocolate Factory film.

This image, which was captured on 1 July 2018, is also featured on the Earth from Space video programme.

Solar activity, asteroids and artificial space debris all pose threats to our planet and our use of space. ESA's Space Safety activities aim to safeguard society and the critical satellites on which we depend, identifying and mitigating threats from space through projects such as the Flyeye telescopes, the Lagrange space weather mission and the Hera asteroid mission.