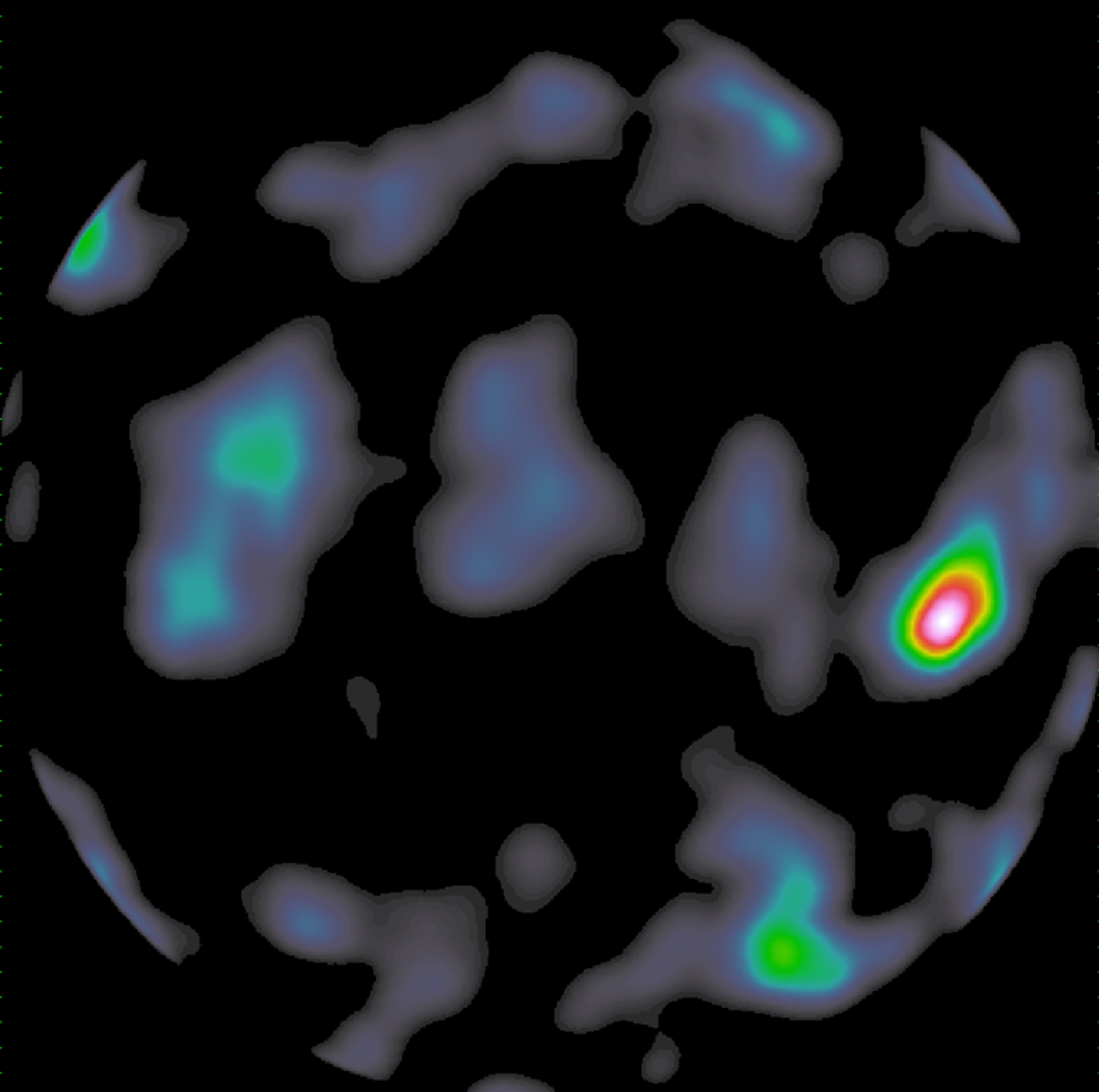 Terrestrial gamma-ray flashes occur above some thunderstorms and propagate out into space. These high-energy discharges of photons were only discovered less than 25 years ago when a NASA spacecraft designed to observe cosmic gamma-ray bursts from outer space detected flashes that seemed to come from Earth itself.

The scientific community was intrigued, leading to the creation of an observatory to learn more that is now aboard the International Space Station. Called the Atmosphere-Space Interactions Monitor, or ASIM, the suite of instruments includes a gamma-ray detector mounted outside the European Columbus module that captures the whole visible part of Earth and can detect from where the gamma rays are coming.

The area of interest is on the right, which corresponds to a thunderstorm occurring over Borneo at the time. The more red-white the colour, the brighter the gamma-ray flux.

Thanks to these images scientists can now compare data with observations from other satellites and weather stations on the ground to piece together the sequence of events that cause the mysterious gamma-ray flashes.

The International Space Station offers ASIM the perfect platform to observe our planet in this way, as it flies relatively close to Earth at 400 km altitude and often travels over areas with thunderstorms.

Spectral  shape of X-ray flux: We see a continuum spectrum which can be described by a power law with a spectral index of -1.9 in the energy range 50-400 keV.  This is equivalent to the spectral index values found in the spectra of black holes and neutron stars. The terrestrial gamma-ray flash is a real hard gamma ray emitter.

Location: The ASIM detectors are pointing nadir (directly down at Earth).  ASIM’s field of view for gamma-rays is the full Earth size, 137° by 137°.  This means that the area displayed in the image is 1000 km x 1000 km at the coast of Borneo. The centre of the image corresponds to the Space Station’s position over Earth’s surface.