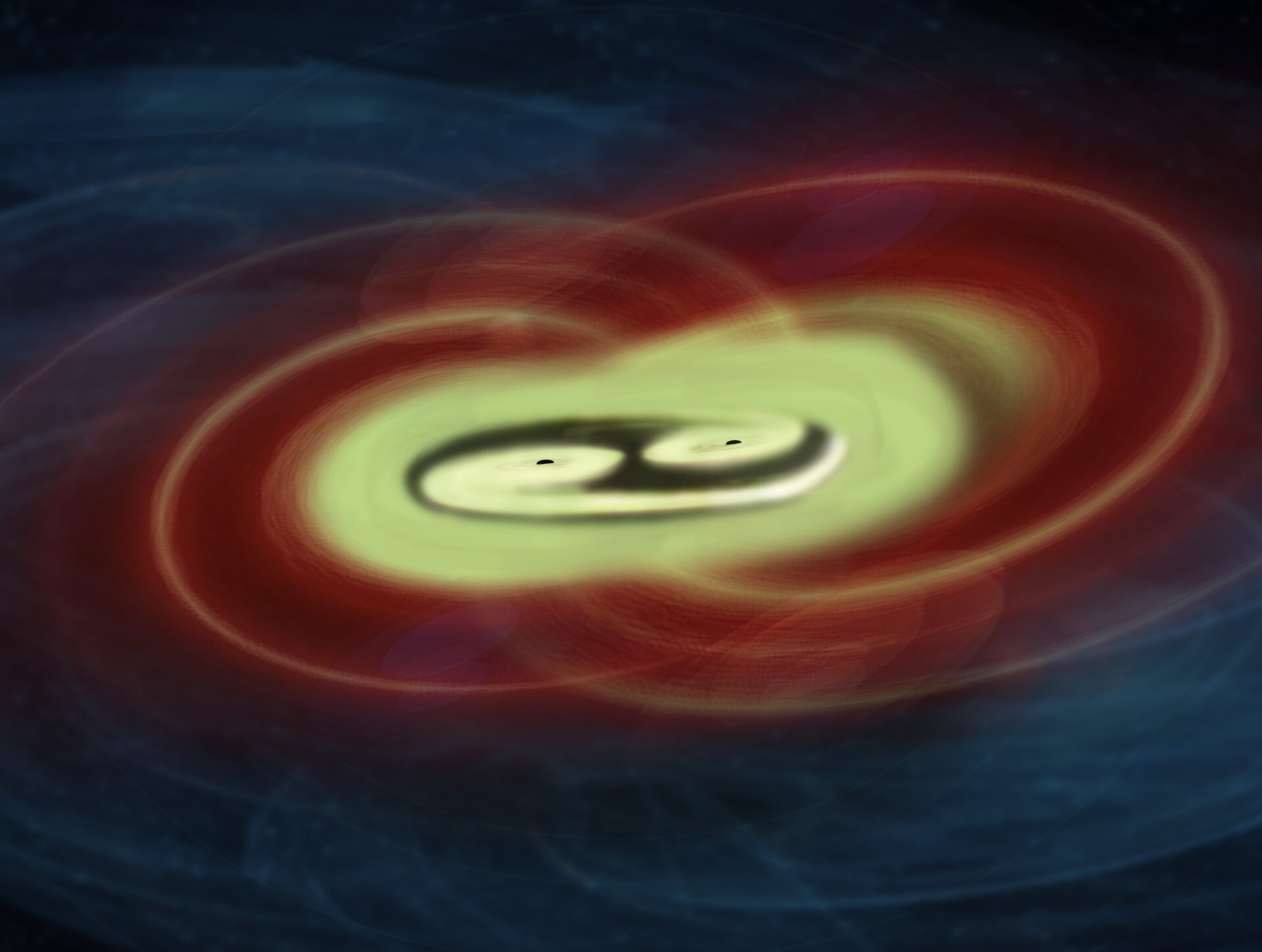 Artist's impression of the merger of two supermassive black holes during a galaxy collision.

Simulations predict that their mergers, unlike those of their stellar-mass counterparts, emit both gravitational waves and radiation – the latter originating in the hot, interstellar gas of the two colliding galaxies stirred by the black holes pair when they fall towards one another. As the two spiralling black holes modulate the motion of the surrounding gas, it is likely that the X-ray signature will have a frequency commensurate to that of the gravitational wave signal.

Combining the observing power of two future ESA missions, Athena and LISA, would allow us to study these cosmic clashes and their mysterious aftermath for the first time.