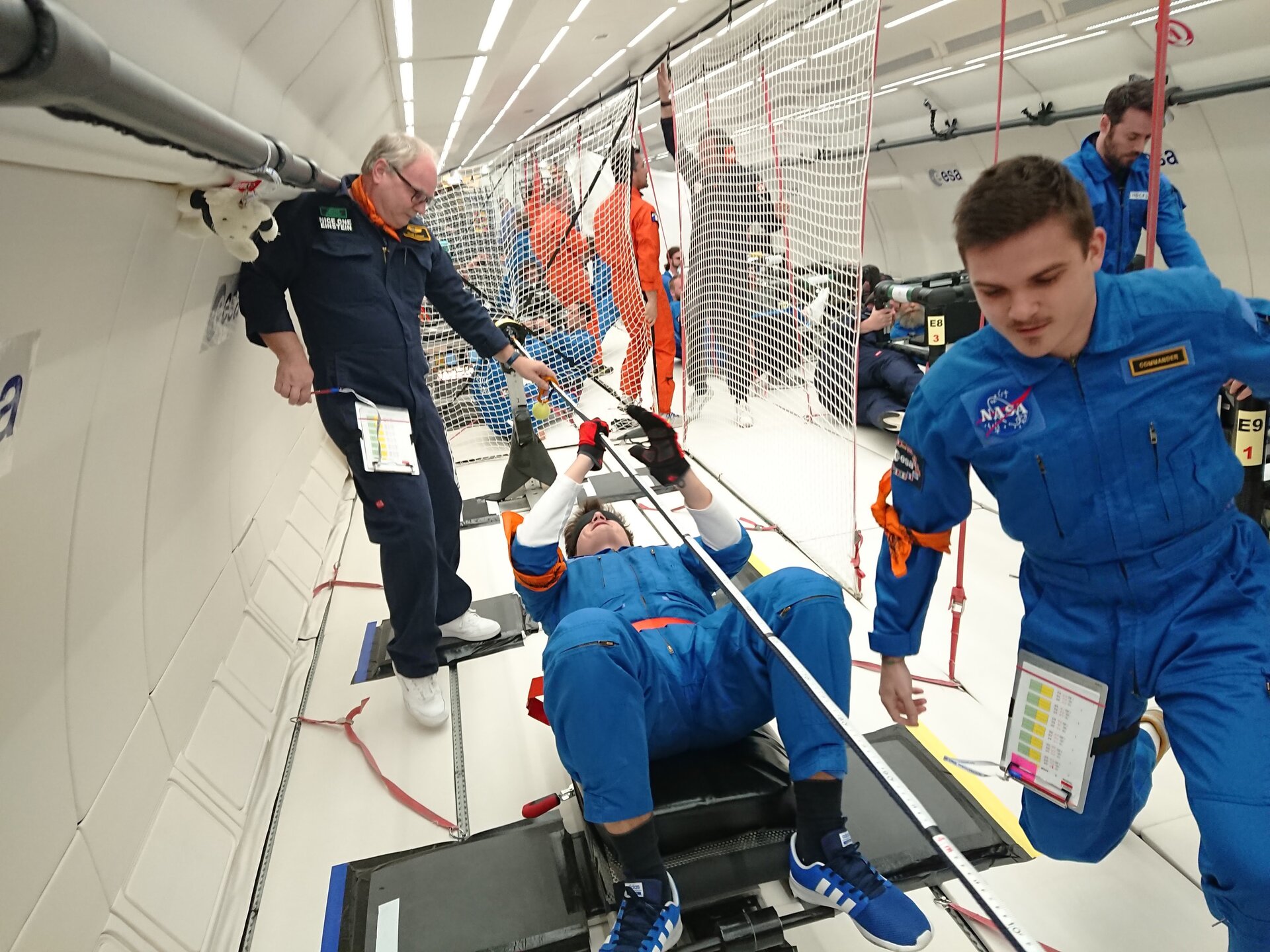 Under the elemental force of nature keeping all our parts and planet together, humans thrive. But in weightlessness and funny things begin to happen. Our muscles start to wear away, our bones decay, our balance shifts and our spatial perception falters.

Astronauts living and working in space are helping researchers determine the acceptable limits of these changes. So too are subjects taking part in experiments here on Earth.

In this image, a volunteer tries to get to the tennis ball as part of an experiment testing the influence of weightlessness on the perception of distance. He must first determine the distance of the ball from his person under normal gravity conditions by walking blindfolded to it.

For the microgravity portion of the experiment, researchers set up a sled along which subjects can pull themselves to the ball. In this scenario, the body is reclined and the arms are helping, giving the brain some more signals to work with to estimate the distance.

The experiment, developed by the Lyon Neuroscience Research Center in France, is taking place on this week's parabolic flight campaign aboard a Novespace Zero-G aircraft. The special aircraft simulates different levels of gravity, from 2g to 0g, by flying in parabolas.
Researchers will compare the results in normal gravity conditions (1g), nearly twice the force on the upward incline of the plane (1.8 g), and at freefall during the plane’s descent (0g).

Astronauts have long reported spatial disorientation in orbit. Without a grip on where you are in space, it is hard to measure distance. This can affect astronauts’ performance when using the robotic arm or during a spacewalk. To solve the problem, researchers must first assess the full scope of it.

The ultimate goals of the experiment are to better understand to what degree gravity or the lack of it affects the sensorimotor (what we see) and neurocognitive (what we think) systems.

Deeper insights into these systems will help researchers fine tune the countermeasures that help keep astronauts living in space healthy during and after spaceflight.