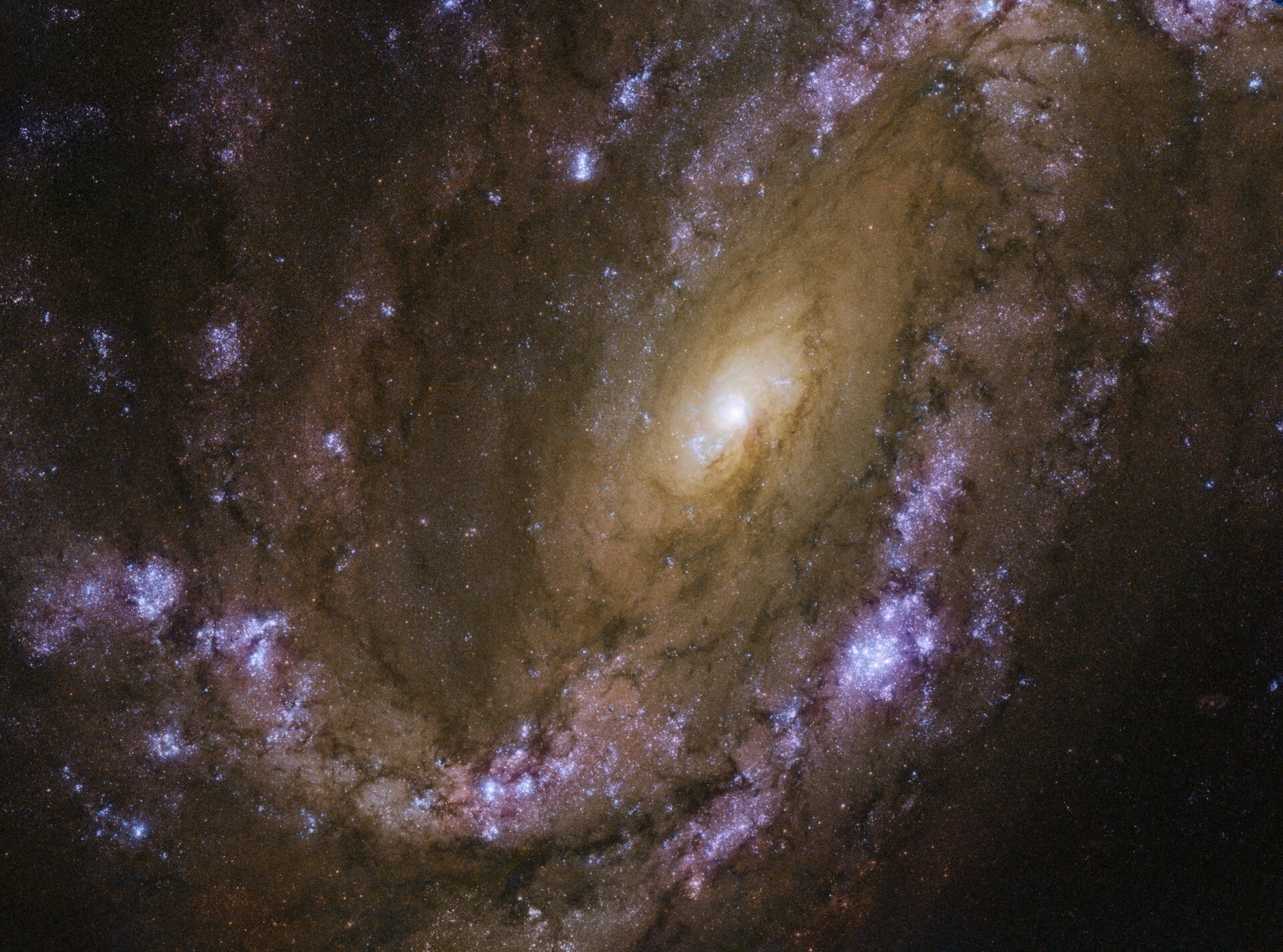 When massive stars die at the end of their short lives, they light up the cosmos with bright, explosive bursts of light and material known as supernovae. A supernova event is incredibly energetic and intensely luminous — so much so that it forms what looks like an especially bright new star that slowly fades away over time.

These exploding stars glow so incredibly brightly when they first form that they can be spotted from afar using telescopes such as the NASA/ESA Hubble Space Telescope. The subject of this image, a spiral galaxy named NGC 4051 — about 45 million light-years from Earth — has hosted multiple supernovae in past years. The first was spotted in 1983 (SN 1983I), the second in 2003 (SN 2003ie), and the most recent in 2010 (SN 2010br). These explosive events were seen scattered throughout the centre and spiral arms of NGC 4051.

The SN 1983I and SN 2010br were both categorised as supernovae of type Ic. This type of supernova is produced by the core collapse of a massive star that has lost its outer layer of hydrogen and helium, either via winds or by mass transfer to a companion. Because of this, type Ic — and also type Ib — supernovae are sometimes referred to as stripped core-collapse supernovae.

This galaxy’s beautiful spiral structure can be seen well in this image, along with other intriguing objects (including an emission-line galaxy known as SDSS J120312.35+443045.1, visible as the bright smudge to the lower middle of the image, beneath the sweeping arm of NGC 4051).NGC 4501 sits in the southern part of a cluster of galaxies known as the Ursa Major I Cluster; this cluster is especially rich in spirals such as NGC 4051, and is a subset of the larger Virgo Supercluster, which also houses the Milky Way.