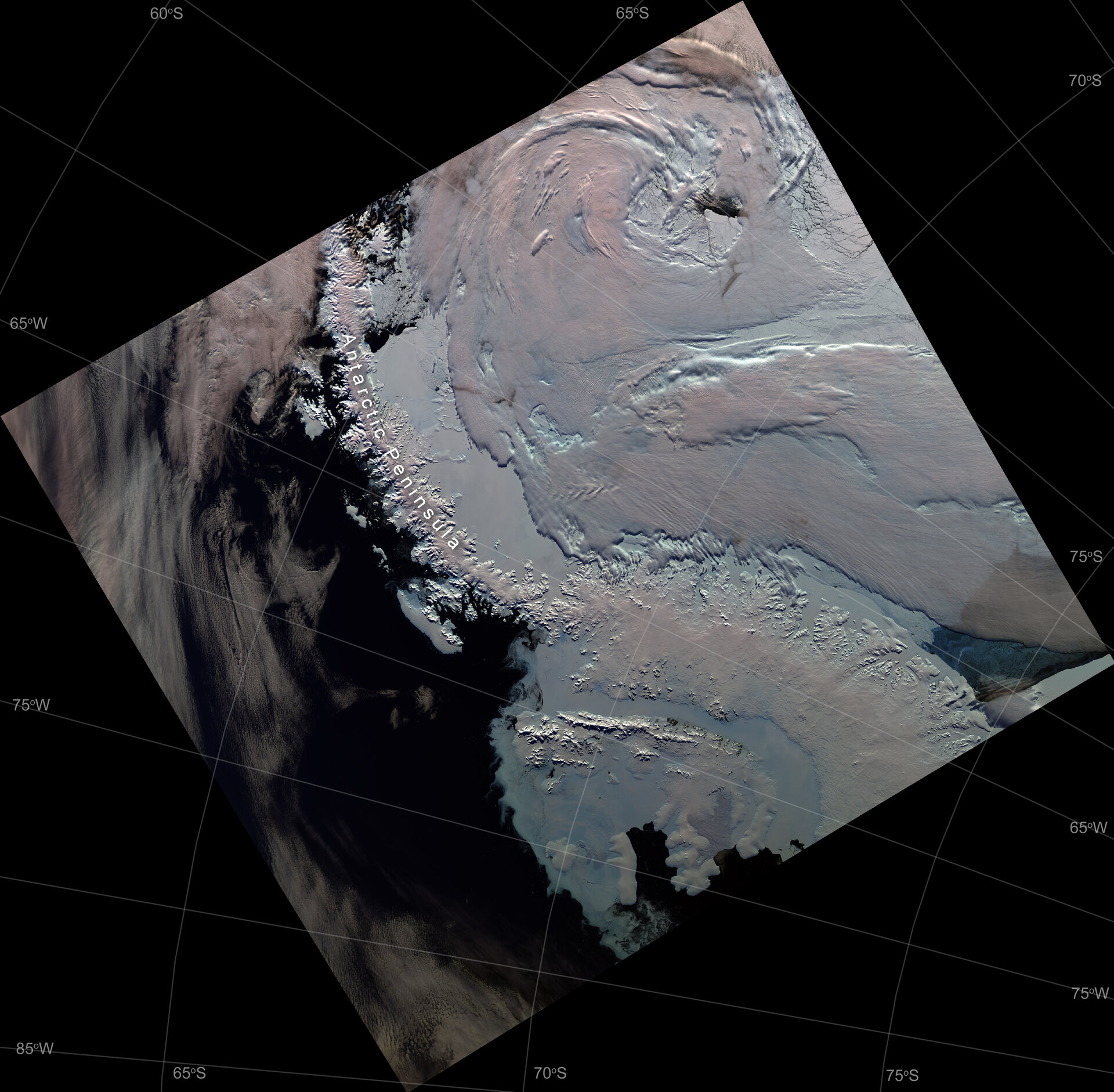 Reports of iceberg calving, changes in ice-sheet speed, thickness and mass have informed the climate change debate. These reports are thanks largely to routine monitoring by an international fleet of Earth observation satellites. And, in respect for the critical role that satellites play in measuring and monitoring glaciology, the UK Antarctic Place-names Committee has approved seven new names for areas of fast-flowing ice on the Antarctic Peninsula.

This image from Copernicus Sentinel-3 on 28 February 2017 captures the Antarctic Peninsula.