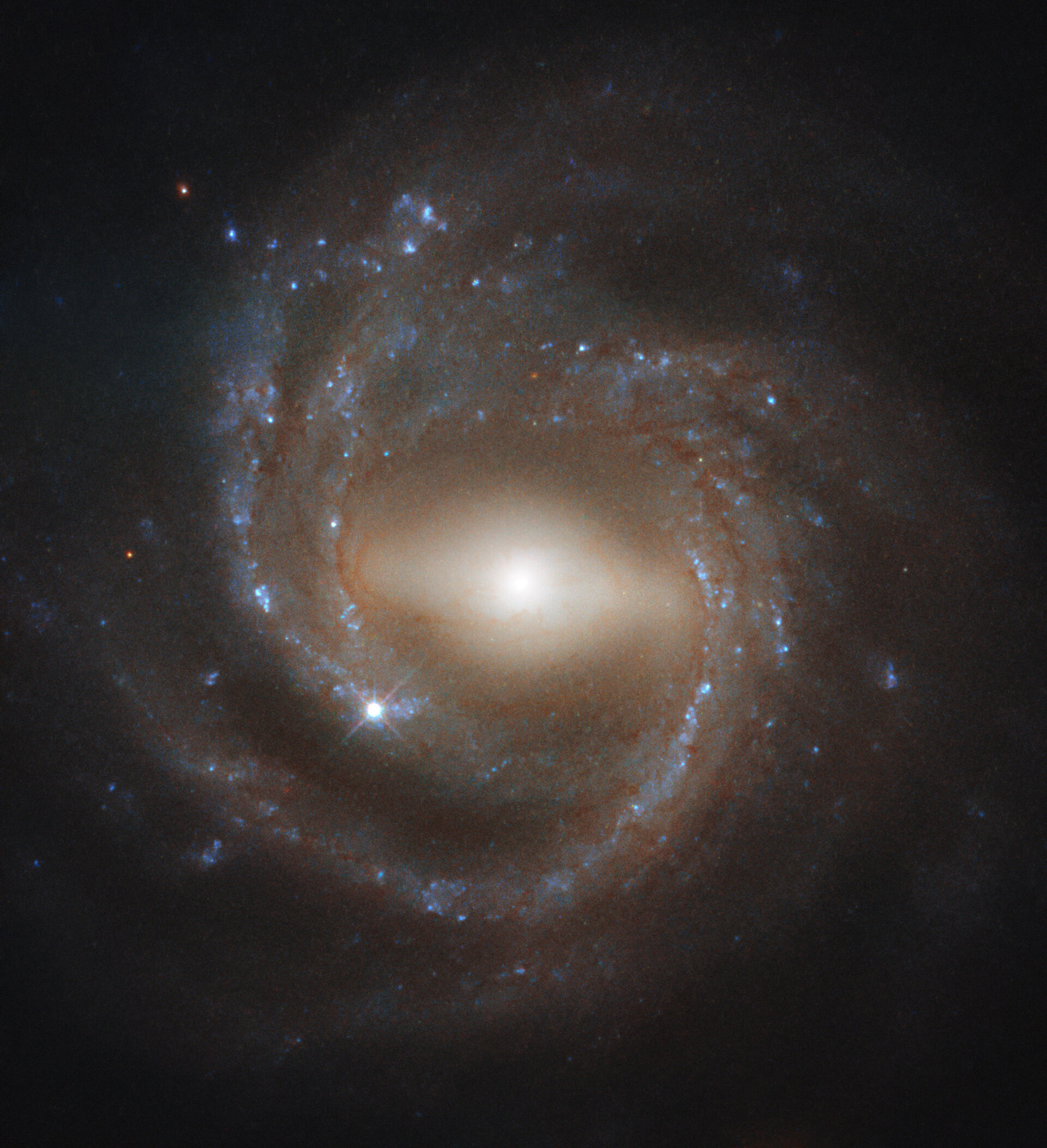 This striking image was taken by the NASA/ESA Hubble Space Telescope’s Wide Field Camera 3, a powerful instrument installed on the telescope in 2009. WFC3 is responsible for many of Hubble’s most breathtaking and iconic photographs, including Pictures of the Week.

Shown here, NGC 7773 is a beautiful example of a barred spiral galaxy. A luminous bar-shaped structure cuts prominently through the galaxy's bright core, extending to the inner boundary of NGC 7773's sweeping, pinwheel-like spiral arms. Astronomers think that these bar structures emerge later in the lifetime of a galaxy, as star-forming material makes its way towards the galactic centre — younger spirals do not feature barred structures as often as older spirals do, suggesting that bars are a sign of galactic maturity. They are also thought to act as stellar nurseries, as they gleam brightly with copious numbers of youthful stars.

Our galaxy, the Milky Way, is thought to be a barred spiral like NGC 7773. By studying galactic specimens such as NGC 7773 throughout the Universe, researchers hope to learn more about the processes that have shaped — and continue to shape — our cosmic home.