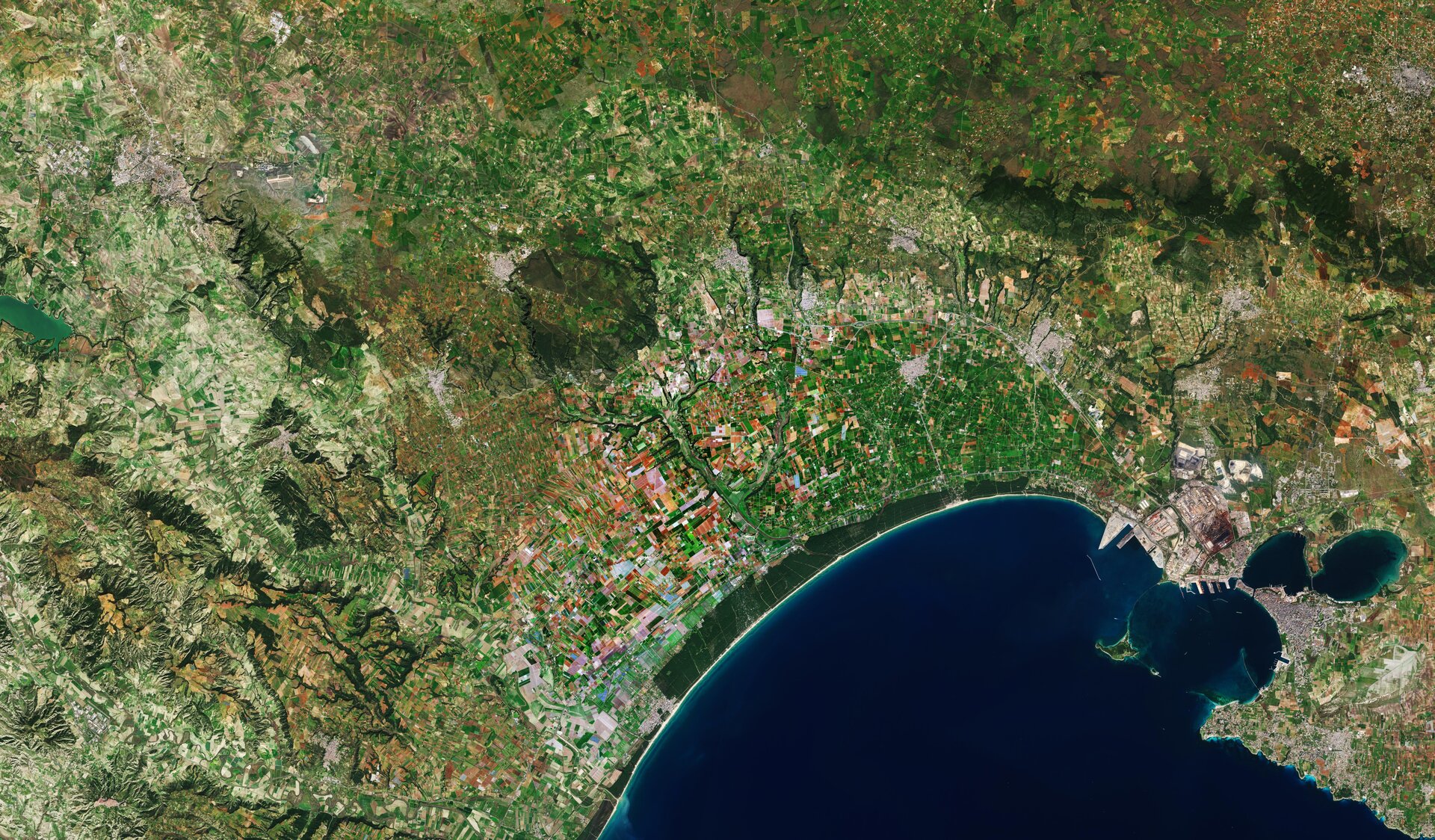 The Copernicus Sentinel-2 mission takes us over the Gulf of Taranto, located on the inner heel of southern Italy.

Taranto, an important coastal city, is visible on the bottom right of the image. Founded by a Greek colony in the 8th century BC, the city is now an important commercial port.

The islets of San Pietro and San Paolo, known as the Cheradi Islands, protect the Mar Grande, the main commercial port of the city. It is separated from the Mar Piccolo, an inland lagoon, by a cape which closes the gulf. The industrial district, which is visible northwest of the city, has a high number of factories, oil refineries, steelworks and iron foundries.

Along the coast, the Aleppo pine forest of the Stornara Nature Reserve is clearly visible in dark green. It takes its name from the many starlings that migrate there during winter. The reserve was founded in 1977 and covers an area of approximately 1500 hectares.

Directly above the forest, many various patches of agricultural fields can be seen. Favoured by the Mediterranean climate, the food sector has been one of the strongest areas of the Apulian economy. Fruit, vegetables and cereals are grown in a range of crop types throughout the region, depending on the time of year. The blue patches visible are greenhouses.

Considered as the 2019 European Capital of Culture along with Plovdiv, in Bulgaria, Matera can be seen in the top left of the image, in the Basilicata region.

Matera hosts an important space hub. The Giuseppe Colombo Centre for Space Geodesy, founded by the Italian Space Agency, is located here. It sends regular laser beams to the moon, where they reach reflectors that were placed there during the original Apollo missions and the Lunokhod Soviet robotic missions. These lasers measure the distance from the Earth to the moon, expanding our knowledge of the moon’s internal structure.

Located next door, the Matera Space Centre is one of the ground stations for the reception and processing of data acquired by the Copernicus Sentinel satellites for ESA.

This image, captured on 6 March 2019, is also featured on the Earth from Space video programme.