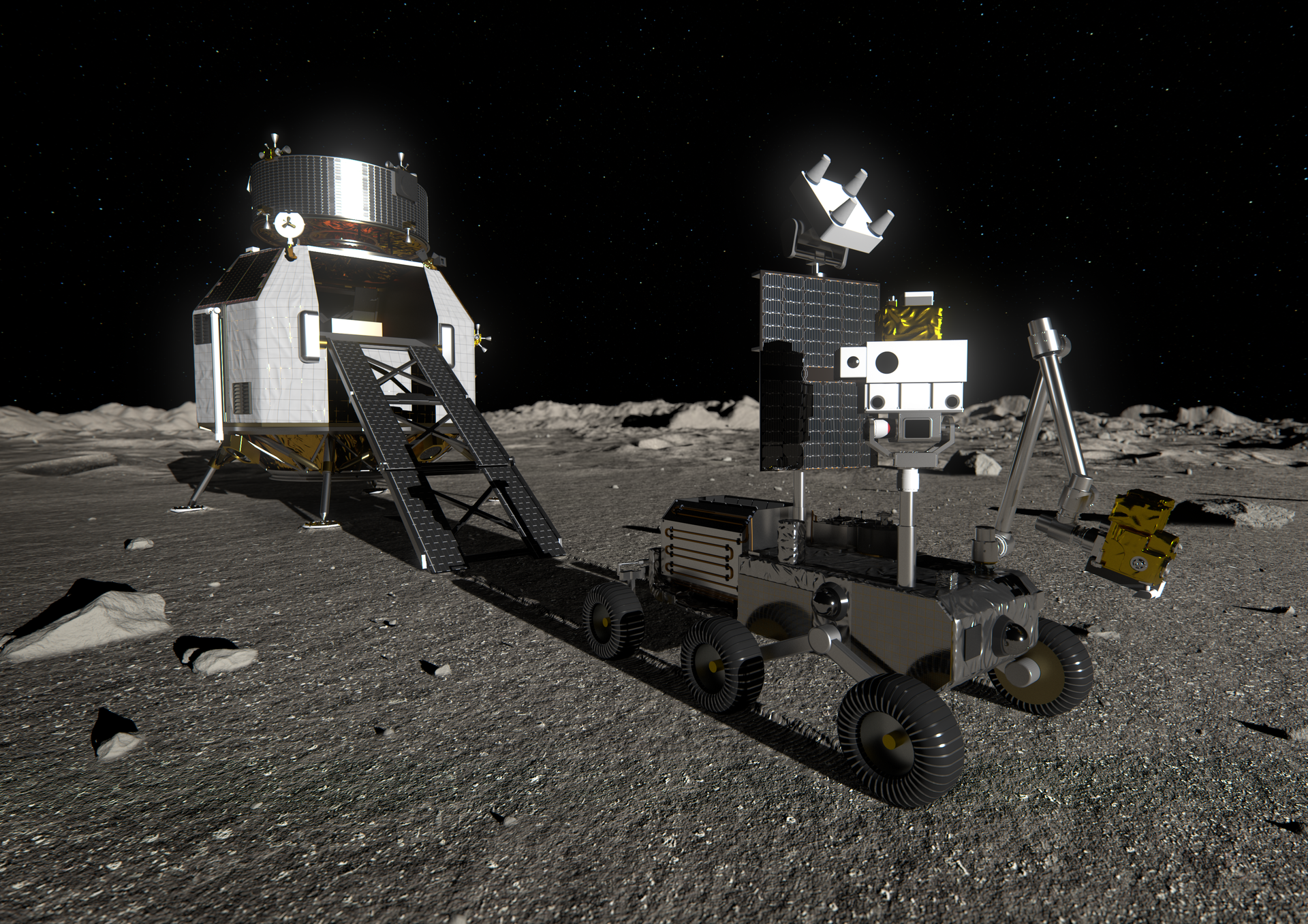 Artist's impression of Heracles lander and rover on the Moon.