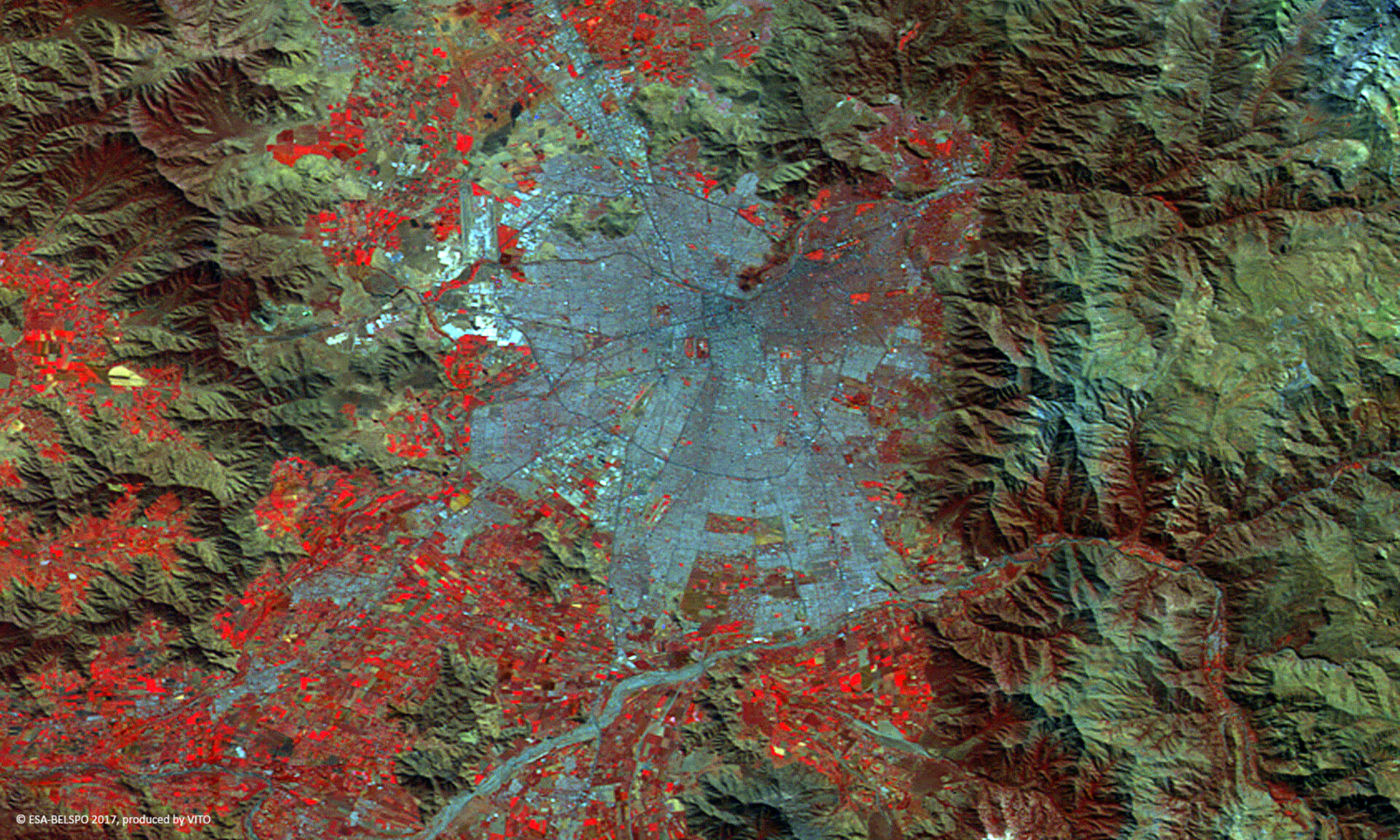 Chilean capital Santiago – among the largest conurbations in South America – viewed in false colour from ESA’s Proba-V minisatellite, with vegetation in red.

This December, Santiago will help set humankind’s future hosting the latest United Nations Climate Change Conference, the 25th session of the Conference of the Parties (COP 25).

Sitting in a valley between the Chilean Coastal Range and the Andes Mountains, Santiago experienced explosive growth over the course of the last century. Today it is the fifth-largest city in South America, with a population of more than five million, and seven million people living within its overall metropolitan area.

In such a densely populated area, open space becomes all the more valuable. Note the hilly Santiago Metropolitan Park, seen as a dark mark running northeast of the centre. The double red patch just below and left of the city centre is the rectangular O'Higgins Park, right, with the Club Hípico de Santiago racecourse to its left.

Santiago Airport, the largest in Chile, is visible to the northwest of the city centre.

More than half the world’s population live in cities. Space plays an important role in urban innovation, improving the quality of life of millions – and potentially billions – of people. This week, we take a look at what ESA is doing to benefit city dwellers. Join the conversation online by following the hashtag #SmartCities