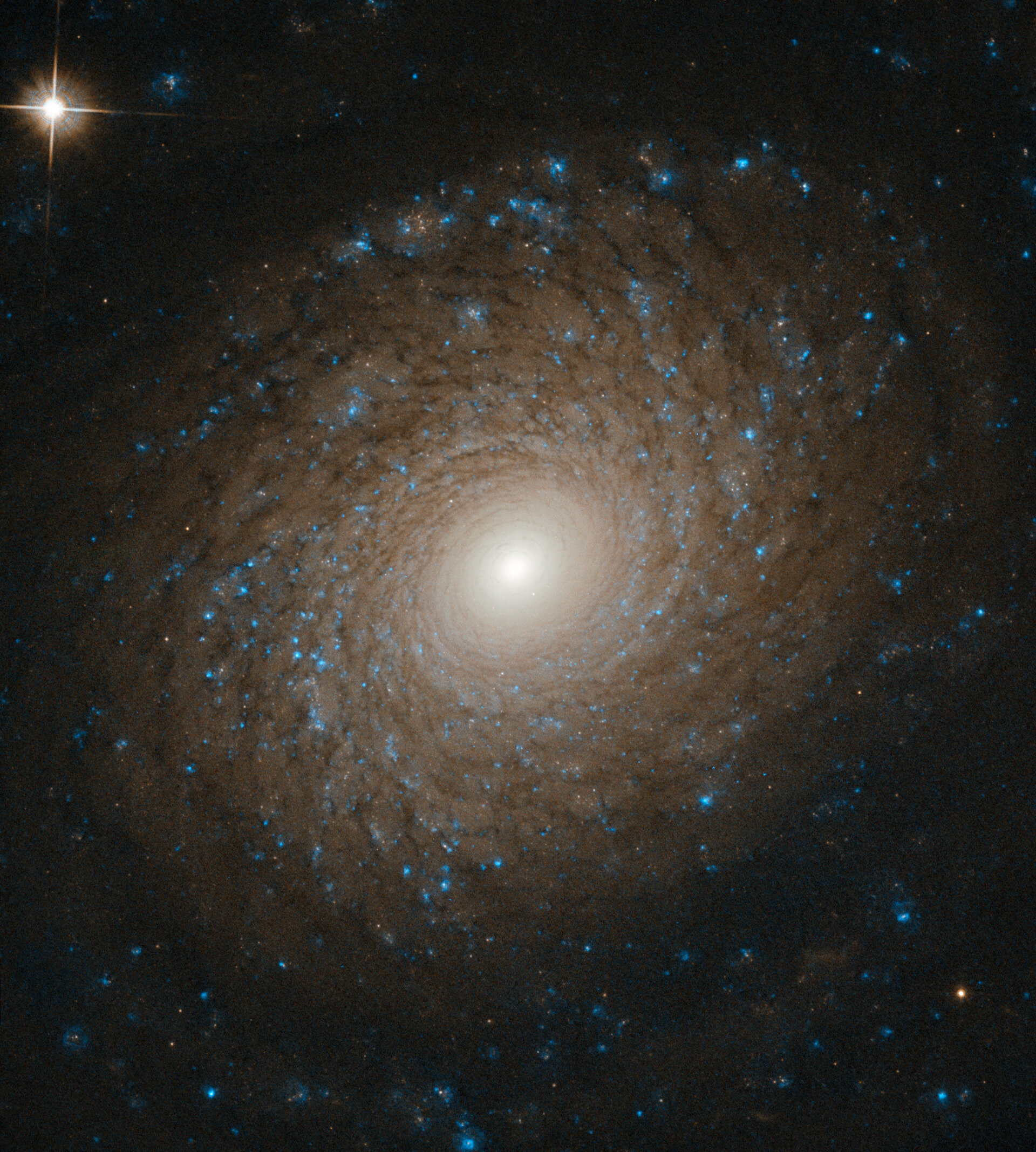 Galaxies come in many shapes and sizes. One of the key galaxy types we see in the Universe is the spiral galaxy, as demonstrated in an especially beautiful way by the subject of this Hubble Picture of the Week, NGC 2985. NGC 2985 lies roughly over 70 million light years from the Solar System in the constellation of Ursa Major (The Great Bear).

The intricate, near-perfect symmetry on display here reveals the incredible complexity of NGC 2985. Multiple tightly-wound spiral arms widen as they whorl outward from the galaxy’s bright core, slowly fading and dissipating until these majestic structures disappear into the emptiness of intergalactic space, bringing a beautiful end to their starry splendour.

Over aeons, spiral galaxies tend to run into other galaxies, often resulting in mergers. These coalescing events scramble the winding structures of the original galaxies, smoothing and rounding their shape. These objects possess a beauty all their own, distinct from the spiral galaxies from whence they came.