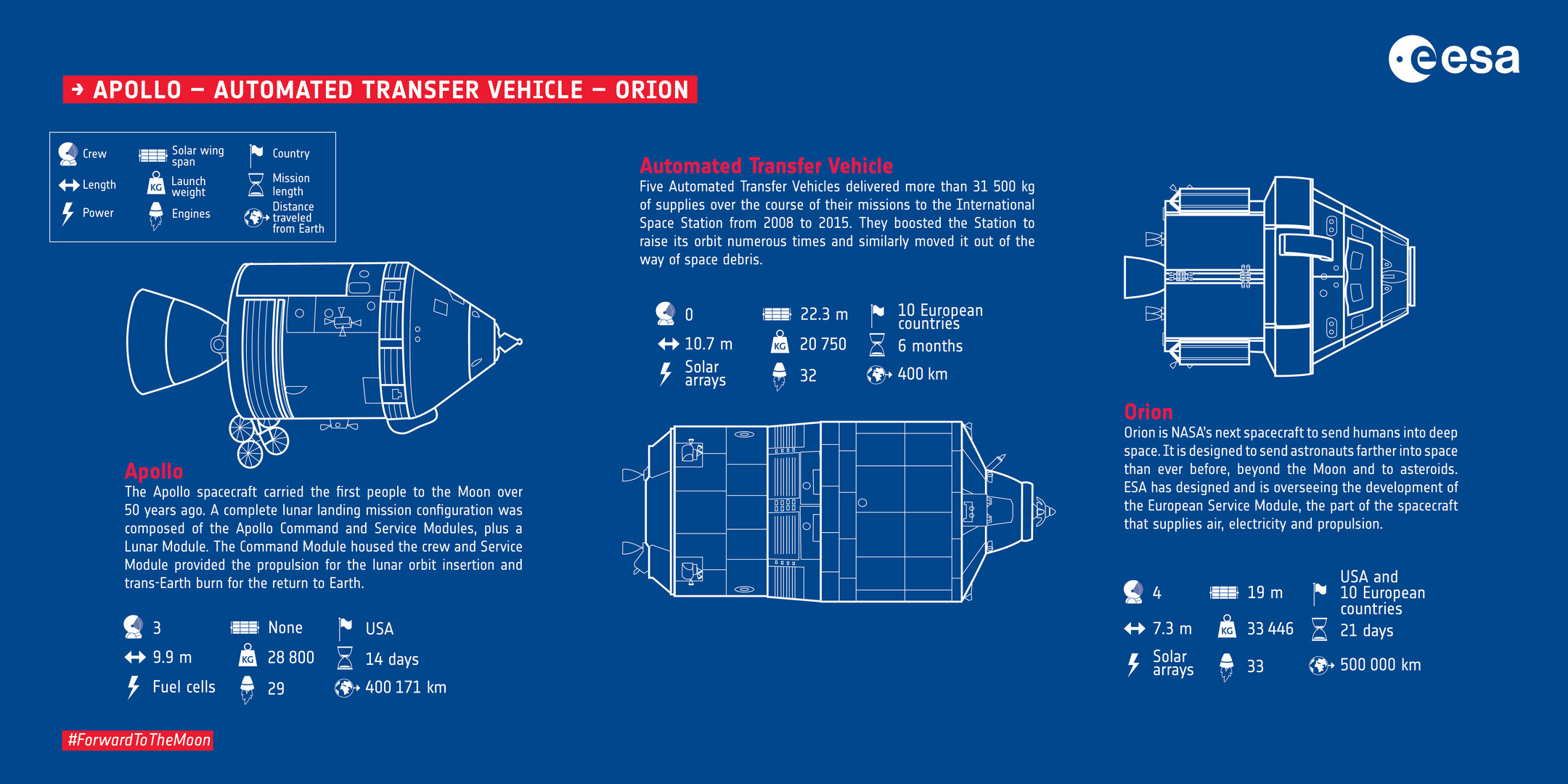 The Apollo spacecraft brought the first people to the Moon over 50 years ago. It was composed of a command and service module and an Apollo Lunar Module.

Six Apollo spacecraft lunar modules landed on the Moon as the Command and Service Module remained in orbit. After the lunar sortie, the two craft rendezvoused and docked in lunar orbit, and returned to Earth. The command module was the only part of the space vehicle that returned with the crew to the Earth's surface.

Five Automated Transfer Vehicles delivered more than 31 500 kg of supplies over the course of their missions to the International Space Station from 2008 to 2015. They boosted the Station to raise its orbit numerous times and similarly moved it out of the way of space debris.

The vehicles demonstrated European mastering of automated docking, a technology that is vital for further space exploration.

The knowledge gained by ESA and European industry from designing, building and operating the complex ATV missions was instrumental for ESA’s participation in NASA’s Orion spacecraft that will fly astronauts to the Moon and beyond.

Orion is NASA’s next spacecraft to send humans into space. It is designed to send astronauts farther into space than ever before, beyond the Moon and to asteroids.