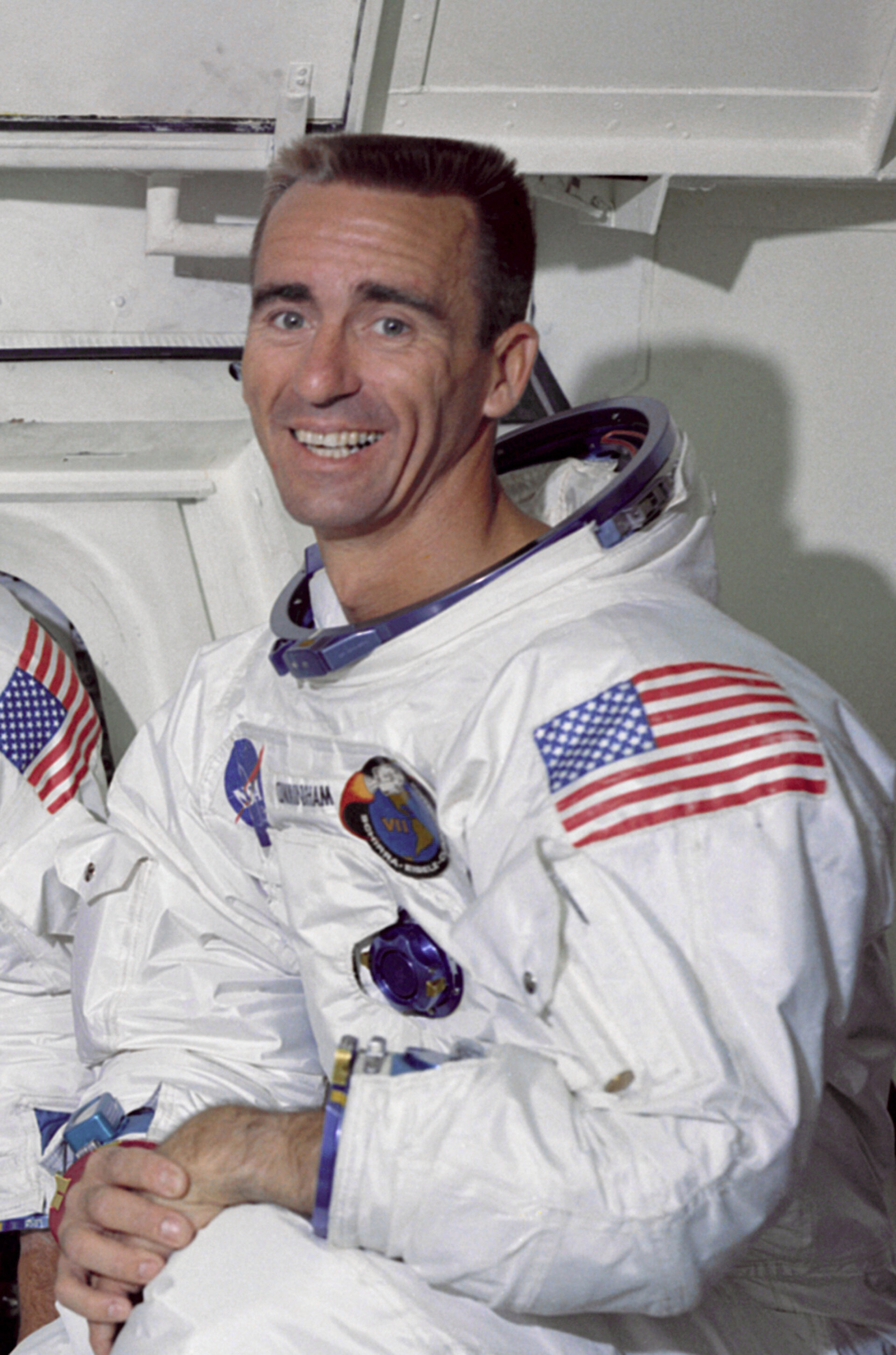 Ronnie Walter Cunningham (born March 16, 1932), (Col, USMCR, Ret.), better known as Walt Cunningham, is a retired American astronaut. In 1968, he was the Lunar Module Pilot on the Apollo 7 mission. He was NASA's third civilian astronaut (after Neil Armstrong and Elliot See), and has also been a fighter pilot, physicist, entrepreneur, venture capitalist, author of The All-American Boys, lecturer, and host of the radio show Lift-off to Logic.