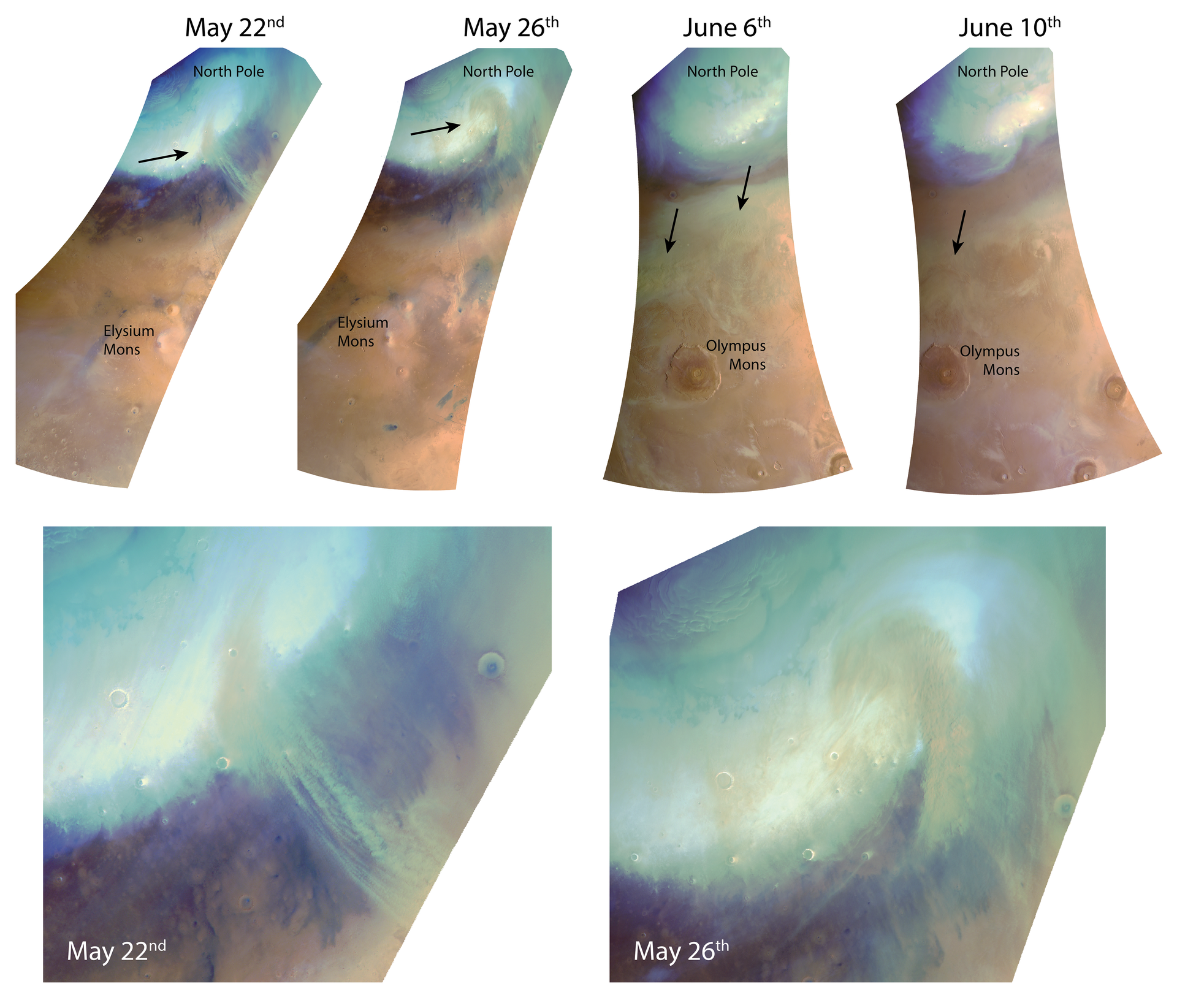 Between late May and early June, several different irregular- and spiral-shaped dust storms were seen to be building up at the north polar ice cap of Mars.

The images shown here were taken by the High Resolution Stereo Camera onboard ESA’s Mars Express when the spacecraft was at an altitude of about ten thousand kilometres. The long image strips cover an area of about two thousand by five thousand kilometres, extending from the north pole equatorward to the large volcanoes Olympus Mons and Elysium Mons.

The montage of images shows three different storms developing on 22 May, 26 May, and 6 June. In the latter case, the cameras watched the storm evolve until 10 June, as it moved southward towards the volcanoes.

Wispy patches of light-coloured clouds can be seen at the outer margin of the polar cap and also several thousand kilometres away, close to the Elysium volcanoes. At the same time, wispy clouds can be seen along the edge of the ice cap, and also further south (left) around the large volcanoes. The dark patches are the result of dust blown volcanic material on the surface.