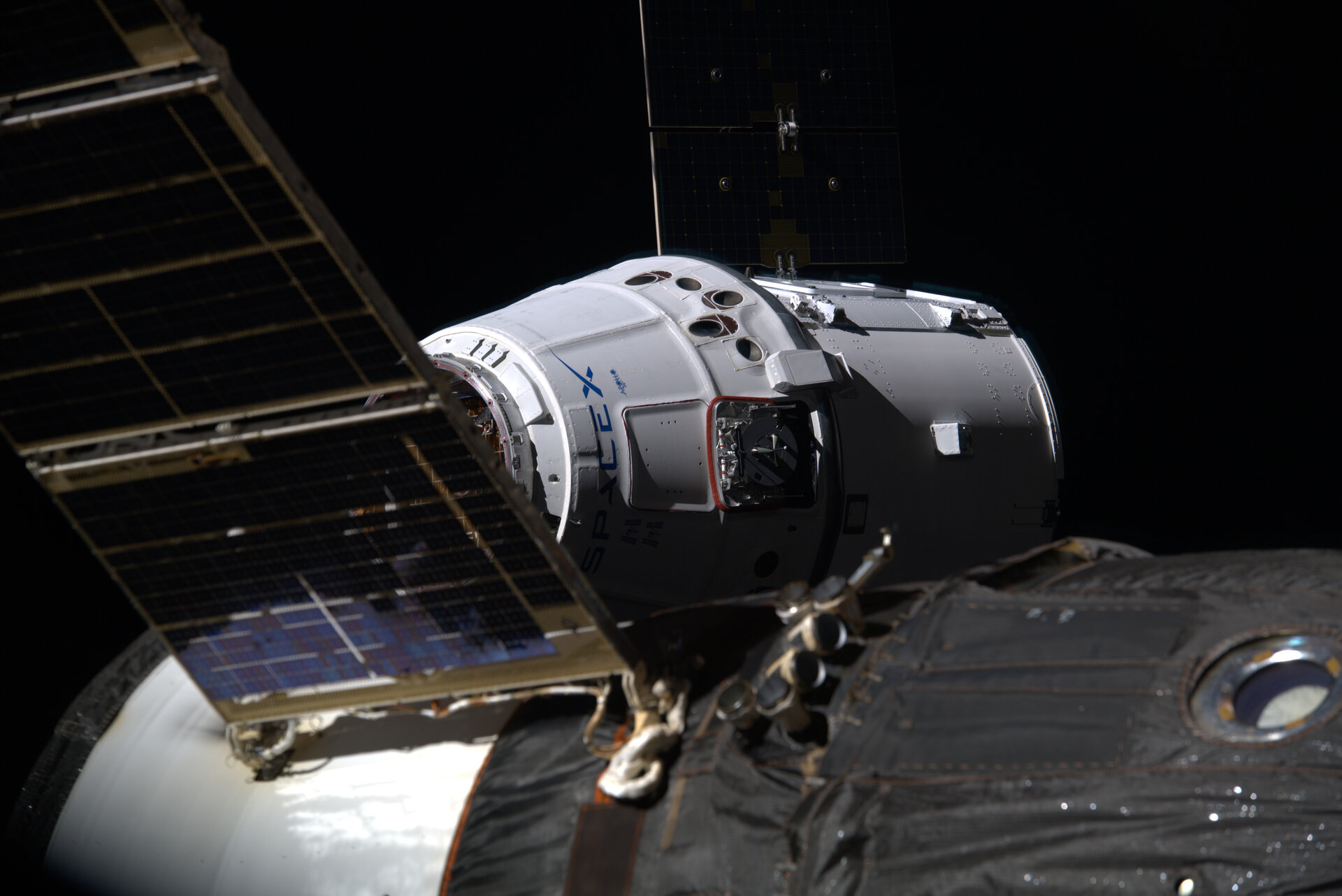 Flight of the Dragon

It is busy in space. Just one week into his mission Beyond, ESA astronaut Luca Parmitano and his fellow crew members welcomed a Dragon cargo vehicle to the International Space Station.

The 18th resupply mission launched by SpaceX on 25 July arrived to the orbital outpost two days later. NASA astronauts Nick Hague and Christina Koch used the Canadarm2 to capture and dock the Dragon to the Harmony node of the Space Station, while Luca served as backup support.

Luca took the opportunity to snap some pictures of its arrival. He posted this to Twitter, captioning it ‘Flight of the #Dragon.’

Resupply missions are crucial to supporting life in space and continuing science. In addition to fresh water and food, cargo vehicles also bring the latest experiments to be conducted in the uniquely weightless laboratories.

Dragon delivered three unique European experiments investigating a range of phenomena that could lead to novel space and Earth applications.

The Biorock experiment, run by the University of Edinburgh, will unleash a microbe on a basalt rock and assess the biofilm that forms over the rock as the organism grows. Observing the rock-microbe system in space is vital to understanding biomining on other planetary bodies like asteroids, where new resources can be unearthed.

The Amyloid Aggregation experiment focuses on human physiology, specifically the triggers of neurodegenerative diseases like Alzheimer’s. Prolonged spaceflight causes cell protein breakdown in astronauts, a phenomenon similar to elderly patients suffering from neurodegenerative diseases on Earth. Understanding how this process takes place is useful for longer duration space travellers as well as patients on Earth.

Dragon will stay docked to the International Space Station for a month, after which it will return to Earth with equipment and scientific samples. Learn more about this visiting vehicle with this infographic.

The experiments on board Dragon will be unloaded and expected to begin in the coming weeks.

Follow Luca and his #MissionBeyond on social media, the blog, and on the newly launched podcast ESA Explores for exciting updates over the next six months.