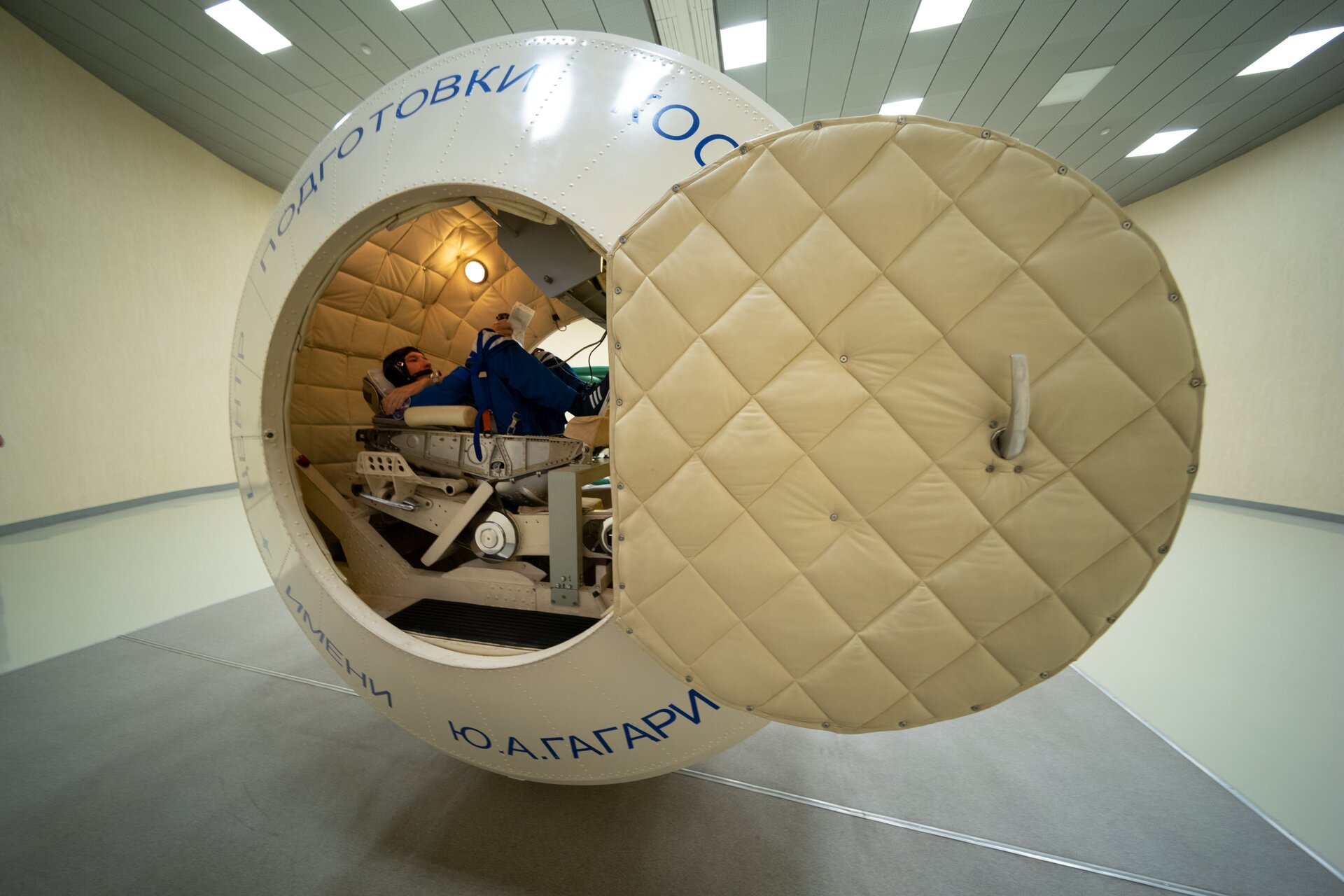 Training to fly the Soyuz spacecraft includes simulating the ride in space in a centrifuge to recreate the forces felt on launch and landing.

The training focuses on a manual “PYZ mode” reentry that can be initiated if the normal automated “AYZ mode” of returning to Earth cannot be used.

This image shows the CF-7 centrifuge which is used to train in working conditions on the Soyuz.