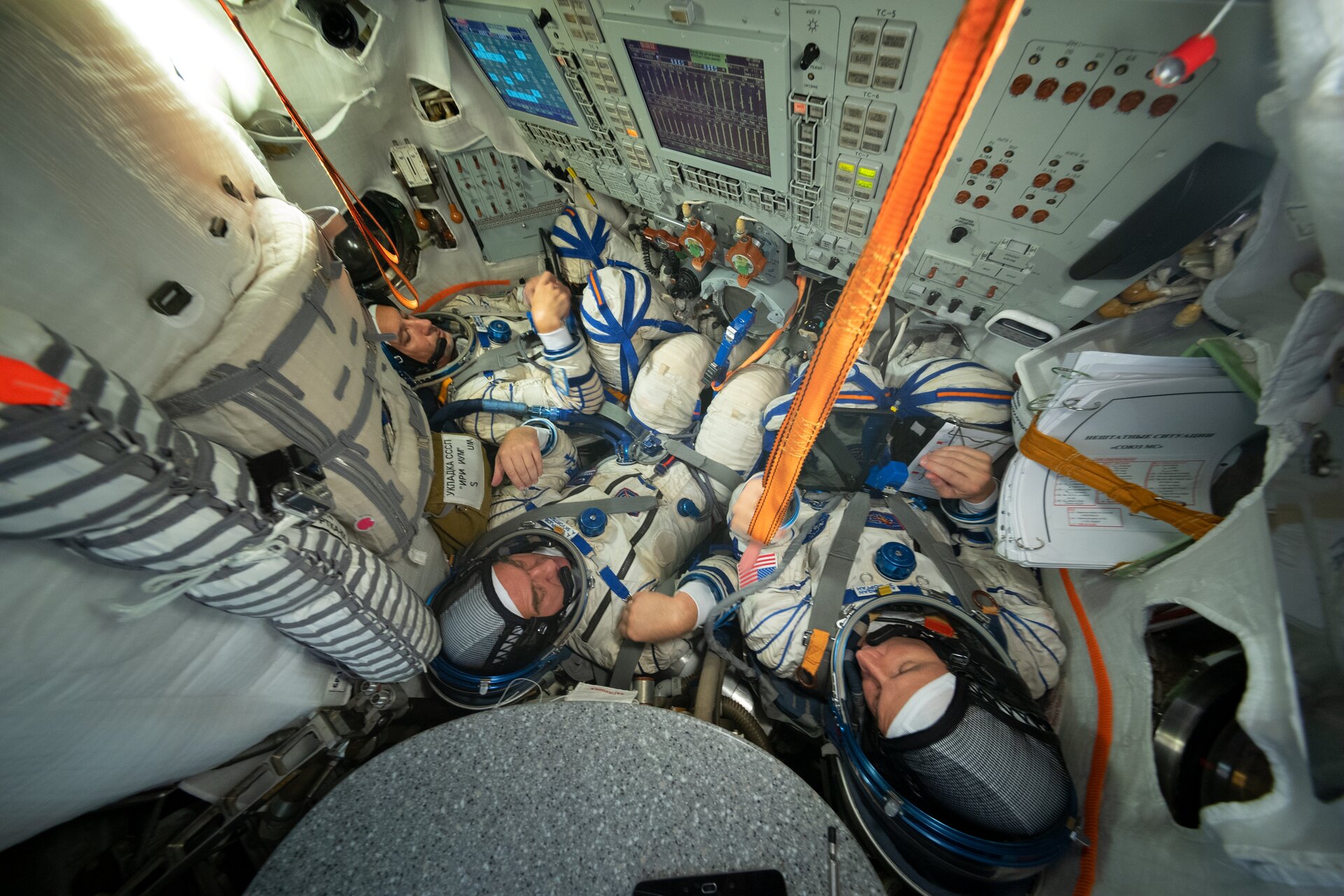 ESA Astronaut Luca Parmitano in the Gagarin Cosmonaut Training Center near Moscow, Russia, 19 June 2019 wearing the Sokol suit he will wear when he is launched to the International Space Station. Sokol suits, tailored to each astronaut, are worn in the Soyuz spacecraft as protection against air leaks.