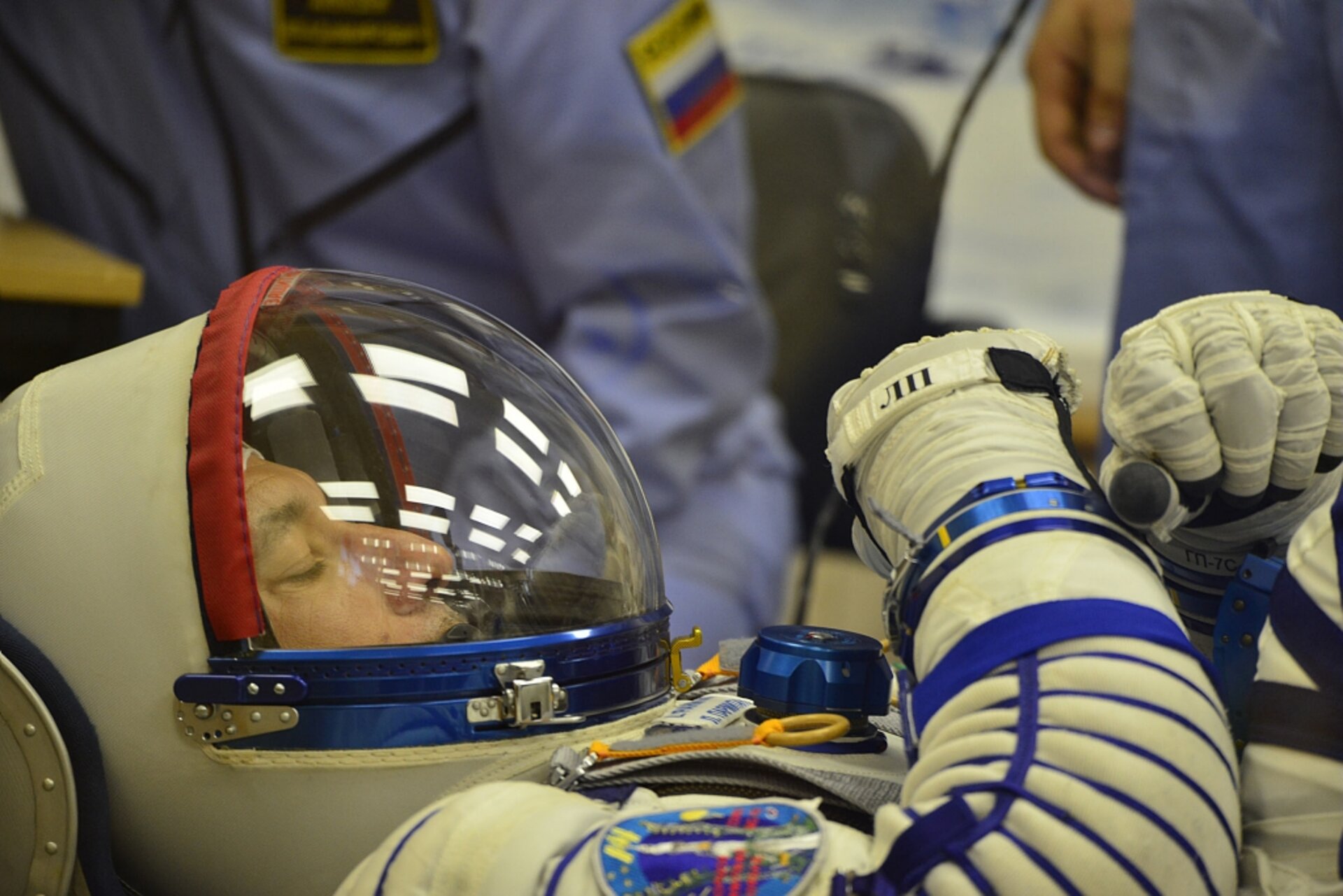 Luca Parmitano in his Sokol spacesuit

ESA astronaut Luca Parmitano is suited up in his Sokol spacesuit ready to be launched to the International Space Station in the Russian Soyuz MS-13 spacecraft on 20 July 2019.

The Sokol suit protects astronauts from loss of pressure or fire on their journey to and from the Space Station. It is designed to be worn in a sitting position making it difficult to walk in and you will often see astronauts hunched over as they make their way across the launchpad to the Soyuz spacecraft.

The suit is folded and tied together with elastic bands to ensure it does not leak.

As it can be quite warm inside, each astronaut carries a small battery-powered ventilator with them, with a hose that attaches to the suit to provide air circulation.

The launch date coincides with the 50th anniversary of the first Apollo lunar landing and marks the start of Expedition 60 as well as Luca’s second space mission ‘Beyond’.