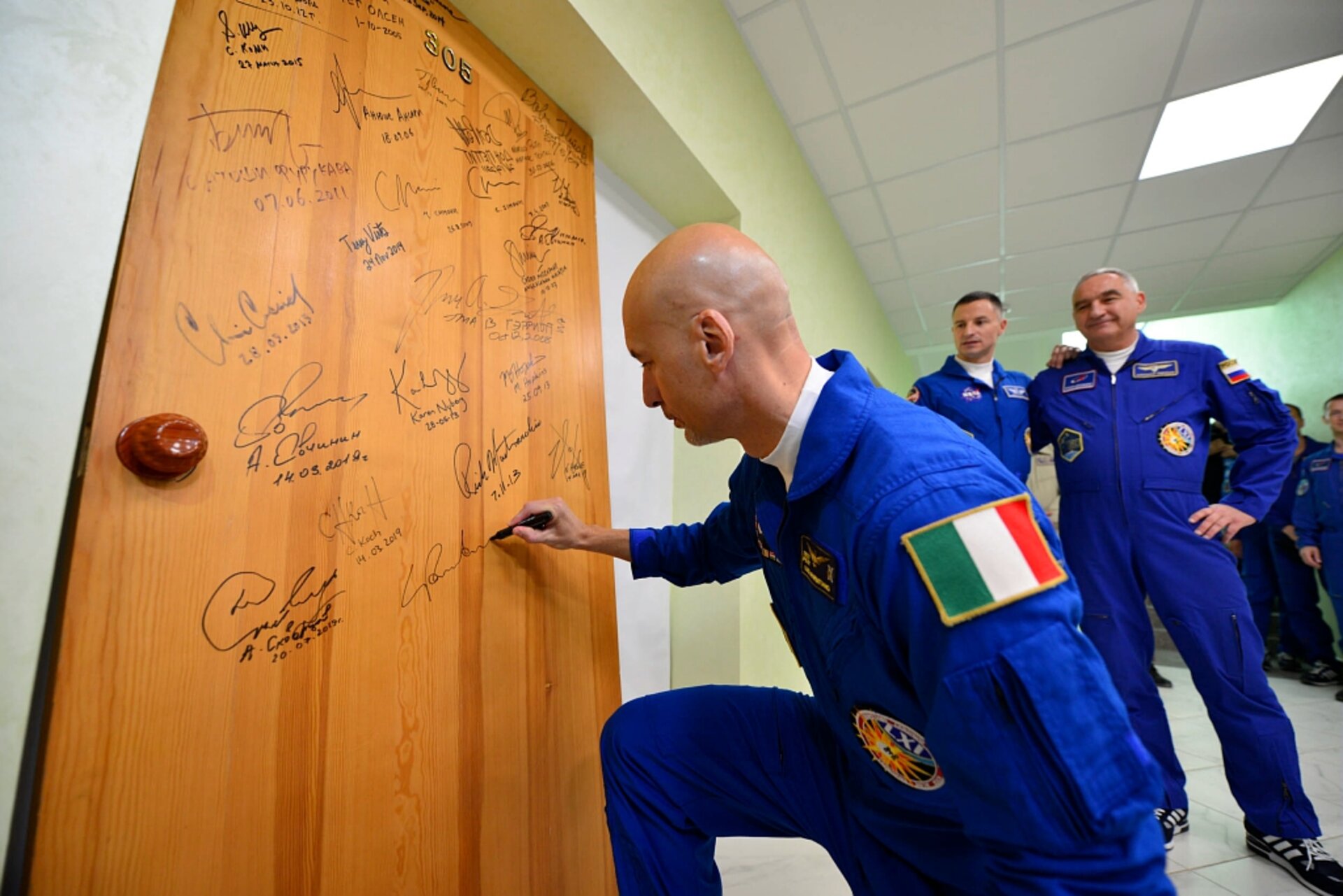 ESA astronaut Luca Parmitano signs the door at the Cosmonaut Hotel as is tradition before departing for the Baikonur Cosmodrome ready to be launched to the International Space Station.