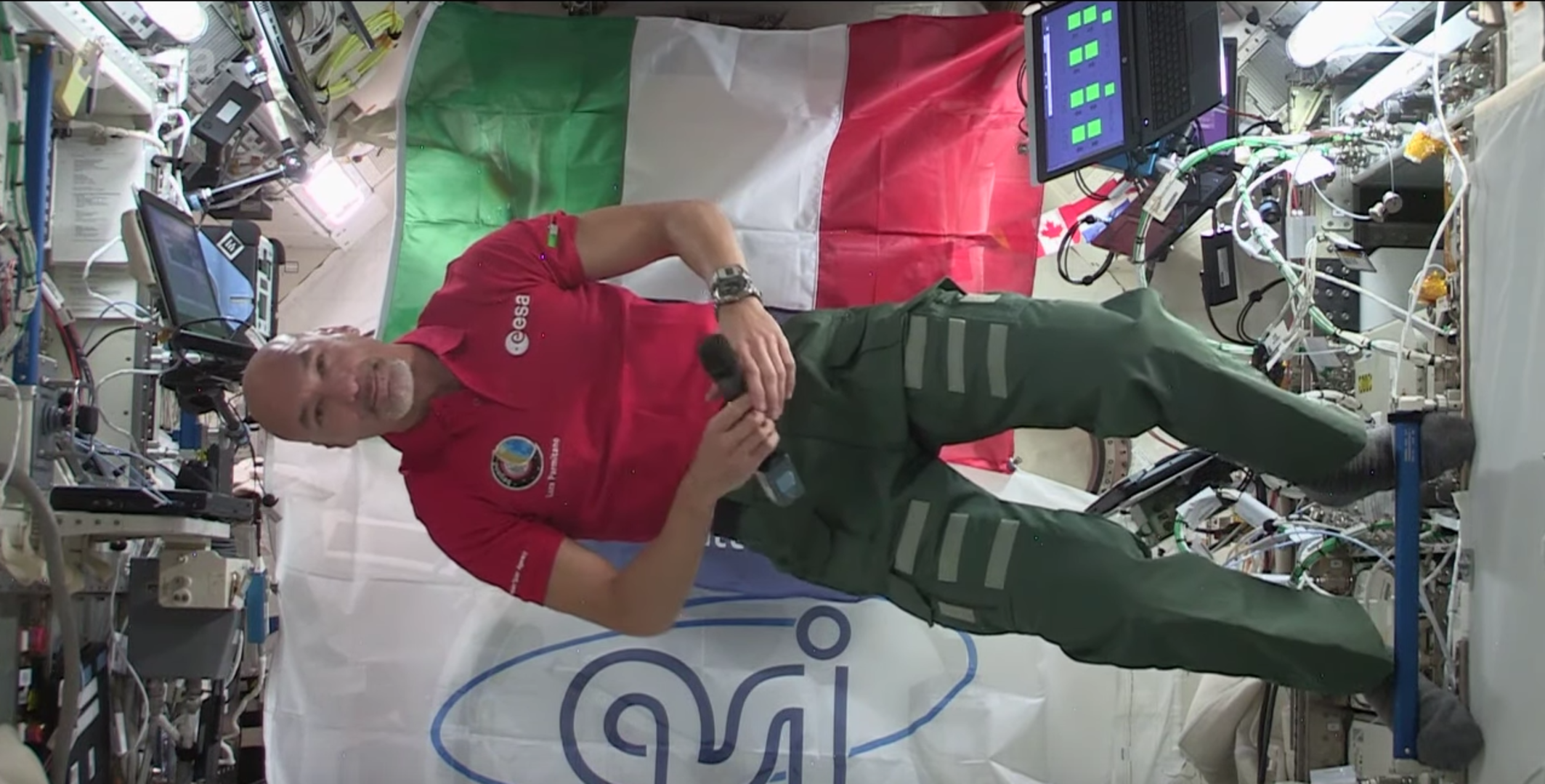 ESA astronaut Luca Parmitano speaks to media gathered at the science and technology museum in Milan, Italy during the first in-flight press conference of his Beyond mission.