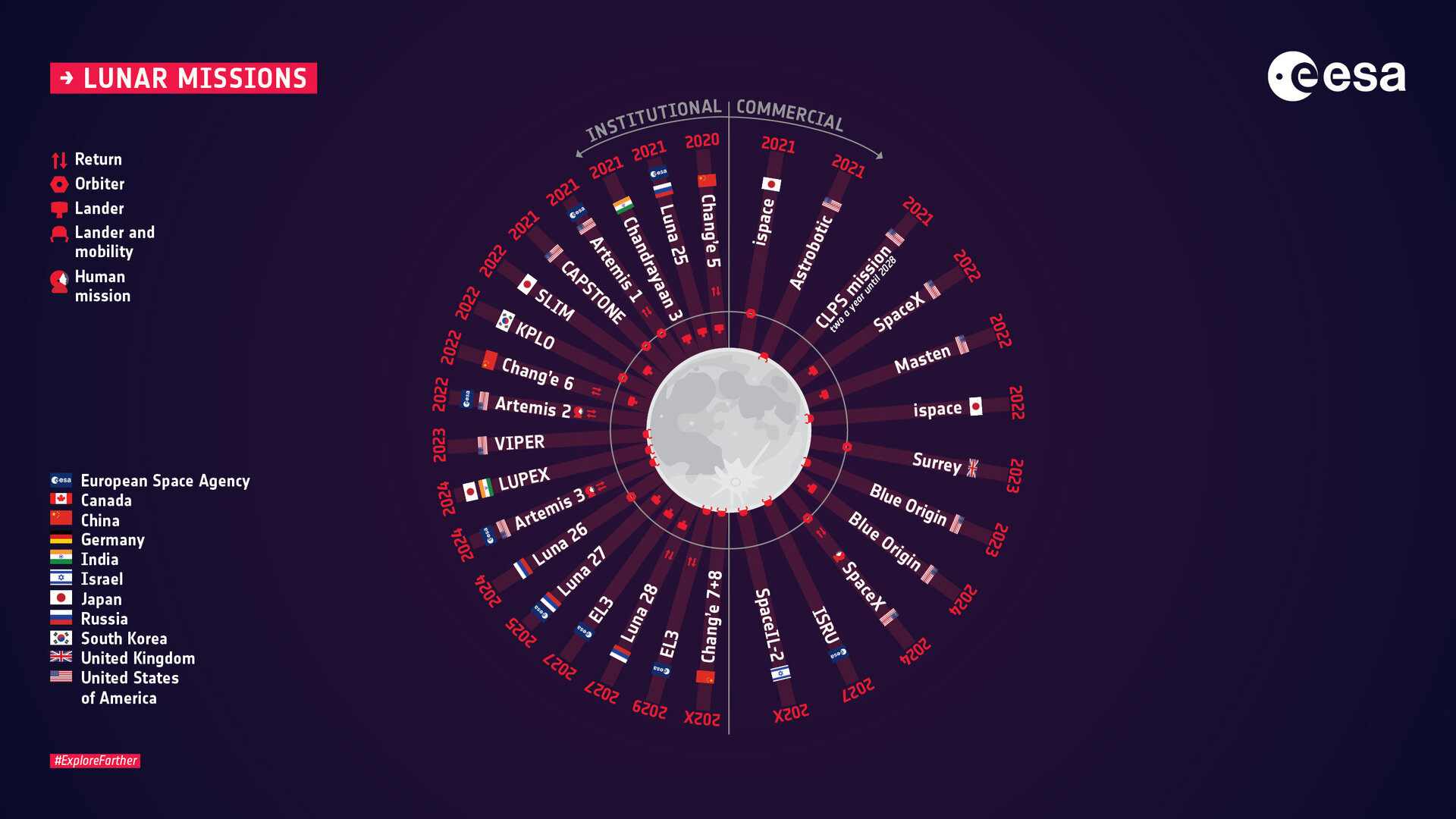 An overview of missions to the Moon. This infographic shows the interest in commercial and institutional organisations in launching spacecraft to the Moon.

A lunar adventure is rising over Europe’s exploration horizon. ESA is teaming up with international partners to return humans to Earth’s natural satellite. After more than four decades, the Moon is again in the spotlight of space agencies worldwide as a destination for both robotic missions and human explorers.

This return to the Moon envisages a series of human missions starting in the early 2020s that would see astronauts interact from orbit with robots on the lunar surface. Robots will land first, paving the way for human explorers.

Lunar rovers, telerobotics and hybrid surface power are some of the innovative approaches that are being developed to support these early missions.

The vision is truly international. Space agencies, the private sector and industry are working towards common lunar exploration.