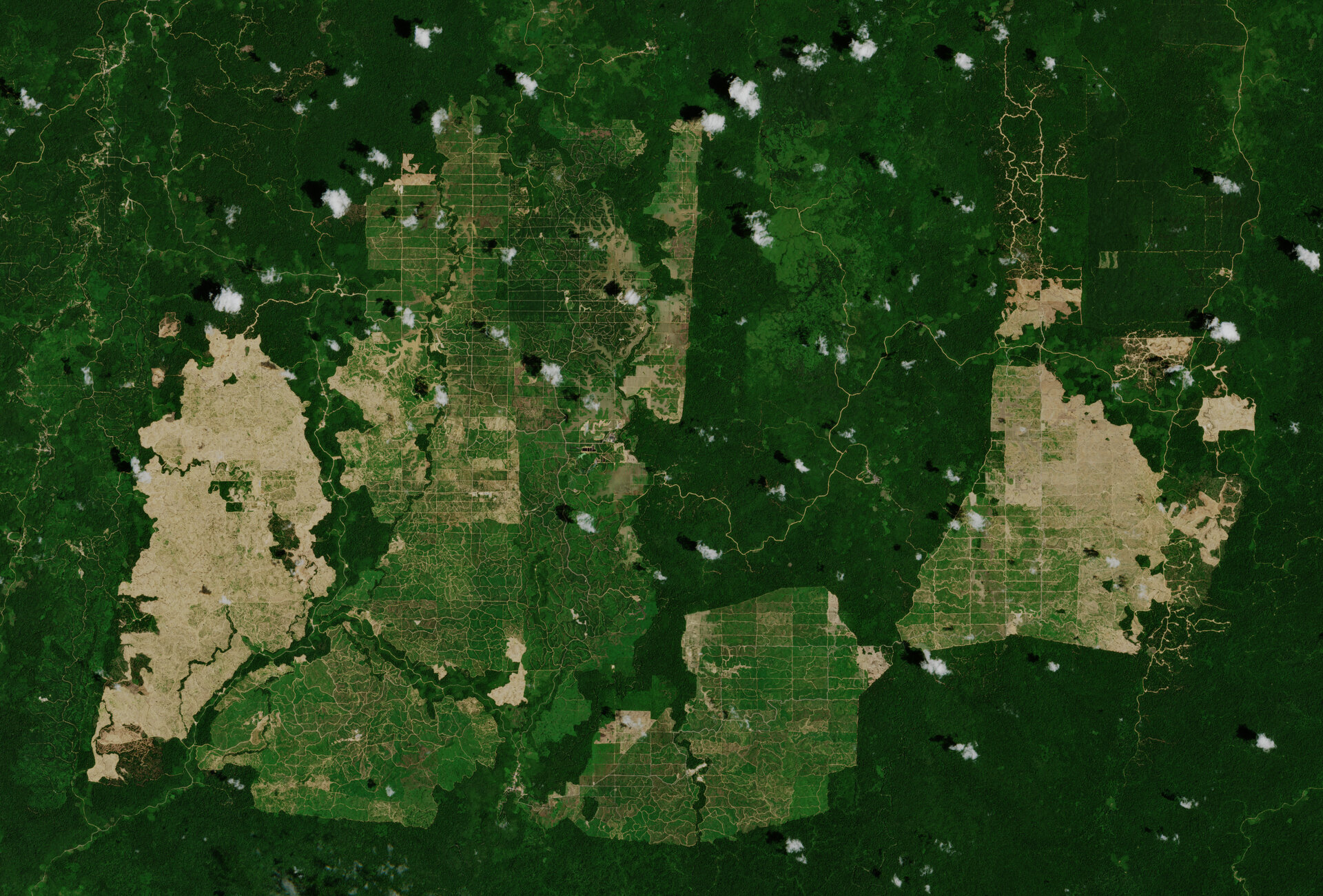 The Copernicus Sentinel-2 mission takes us over palm oil plantations in East Kalimantan - the Indonesian part of the island Borneo.

Palm oil is the most widely-produced tropical edible oil. It’s used in a vast array of products – from ice cream and chocolates, to cosmetics such as make up and soap, to biofuel. Not only is it versatile, palm oil is also a uniquely productive crop. Harvested all year-round, oil palm trees produce up to nine times more oil per unit area than other major oil crops.

To meet global demand, palm oil trees are grown on vast industrial plantations – leading to acres of rainforest being cut down. Between 1980 and 2014, global palm oil production increased from 4.5 million tonnes to 70 million tonnes, and is expected to increase.

Indonesia is the largest producer of palm oil, followed by Malaysia. Together they account for 84% of the world’s palm oil production.

To produce palm oil in large enough quantities to meet growing demand, farmers clear large areas of tropical rainforest to make room for palm plantations. This leads to a loss of habitat for species such as the orangutan – declared as critically endangered by the WWF. In general, burning forests to make room for the crop is also a major source of greenhouse gas emissions.

In this image, captured on 15 February 2019, the various stages of the deforestation process are clearly visible – the green patches in the plantations are the well-established palm oil farms, while the light brown patches show the newly-harvested land. The surrounding lush rainforest is visible in dark green.

Copernicus Sentinel-2 is a two-satellite mission, used mostly to track changes in the way land is being used, as well as monitoring the health of vegetation. Each satellite carries a high-resolution camera that images Earth’s surface in 13 spectral bands.