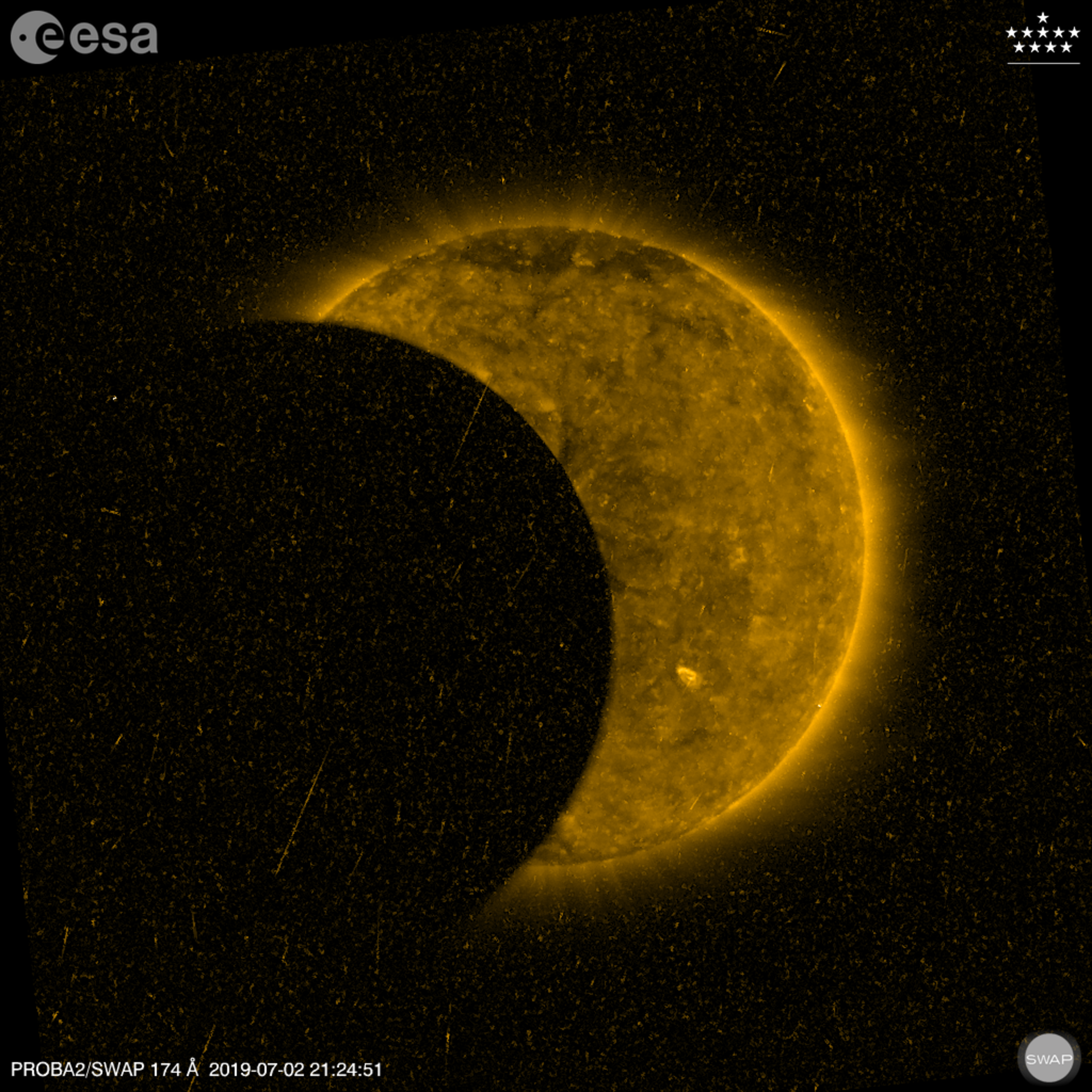 One of four partial solar eclipses observed by Proba-2 on 2 July from its viewpoint in space. Click here to watch a movie.

The image was taken by Proba-2’s SWAP imager, which images the Sun in ultraviolet light revealing the turbulent nature of the Sun's surface and corona – the Sun's extended atmosphere – stretching into space.

In this image a lot of bright dots and streaks can be seen. This is because the satellite was passing through the South Atlantic Anomaly. In this region the spacecraft is exposed to higher levels of radiation, with an increased flux of energetic particles falling on the satellite's detector.