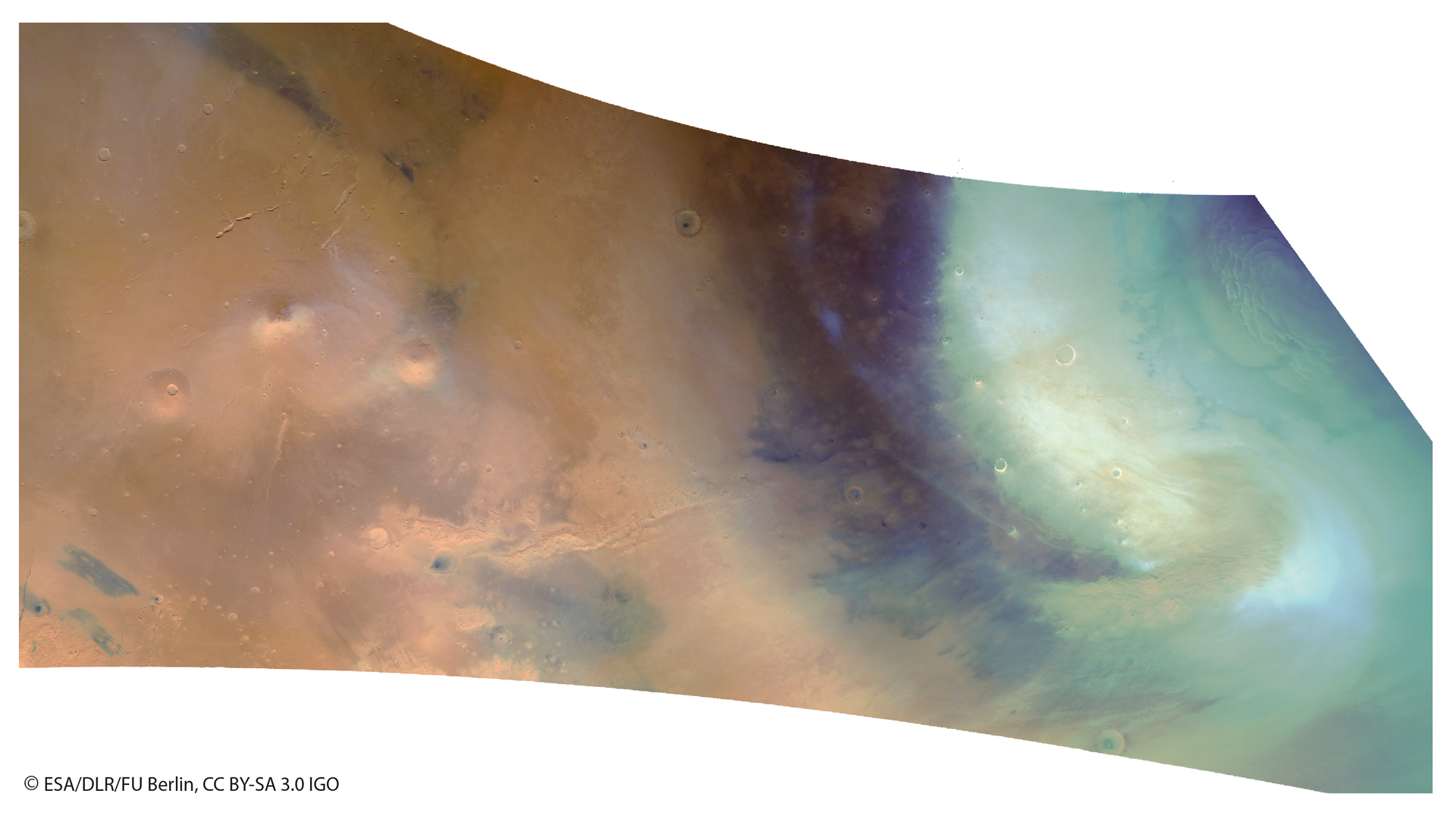 In late May 2019, a spiral-shaped dust storm at the north polar ice cap of Mars was observed by several instruments onboard Mars Express. This image was taken by the High Resolution Stereo Camera on 26 May and covers an area of about two thousand by five thousand kilometres.

The spiral shape of the storm arises from the deflection of air masses due to the rotation of the planet, a phenomenon known as the Coriolis force. This effect is also observed on Earth, where low-pressure areas at the northern hemisphere – cyclones, for example – have a clockwise spiral shape. However, storms on Mars are generally weaker compared to storms on Earth, on account of the Red Planet’s much lower atmospheric pressure – less than one percent of Earth’s atmospheric pressure at the surface – and have less than half the typical wind speeds of hurricanes on Earth.

The swirling pattern of the north polar ice cap can also be seen at the far top-right of the image. At the same time, wispy clouds can be seen along the edge of the ice cap, and also further south (left) around the large volcanoes. The dark patches are the result of dust blown volcanic material on the surface.