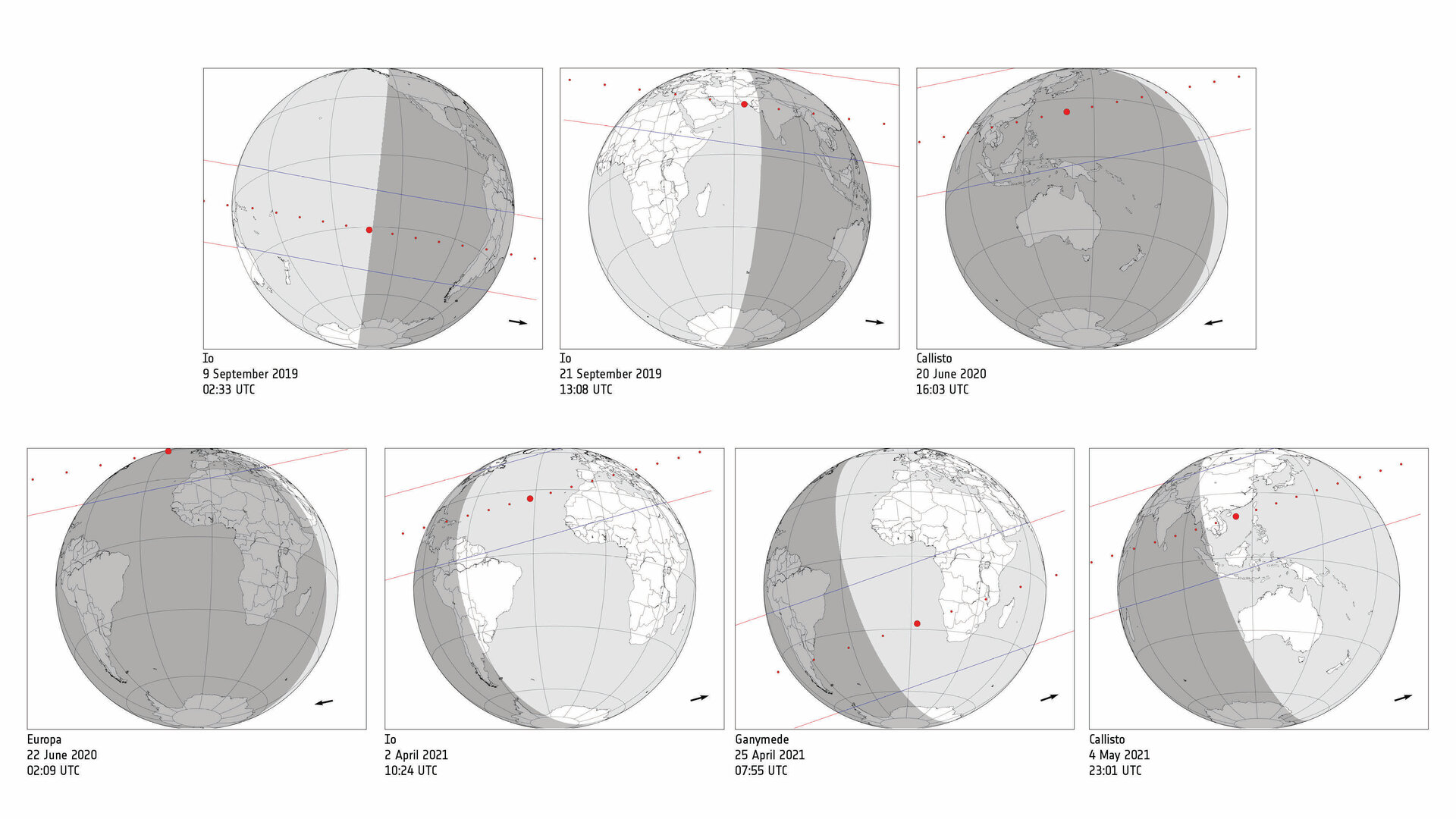 Astronomers can learn a great deal about a celestial body by observing it as it moves in front of a bright background star: an alignment known as a stellar occultation.

Such events are unusual for Jupiter’s moons. In fact, until recently, only two of the gas giant’s moons – Io and Ganymede – had been observed during stellar occultations. Now, a study presents observations of another of Jupiter’s moons, Europa, as it obscured a bright star on 31 March 2017. This event allowed the astronomers to better characterise Europa’s size, position in space and in relation to Jupiter, and three-dimensional shape; they used precise data from Gaia’s first data release, provided in September 2016, on stellar positions to determine the best location from which to observe the event, and subsequently gathered data from three observatories in Brazil and Chile.

Times are presented in Coordinated Universal Time (UTC), with dates and individual moons also identified below each visualisation of Earth. The blue lines represent the maximum size of the moon's shadow over Earth; the red dotted lines track the centre of the body, with a new dot each minute; the dark and light grey areas represent night and day on each globe, respectively; and the arrows mark the direction in which this shadow will move. The largest red dots represent the centre of the moon at the time of closest approach.