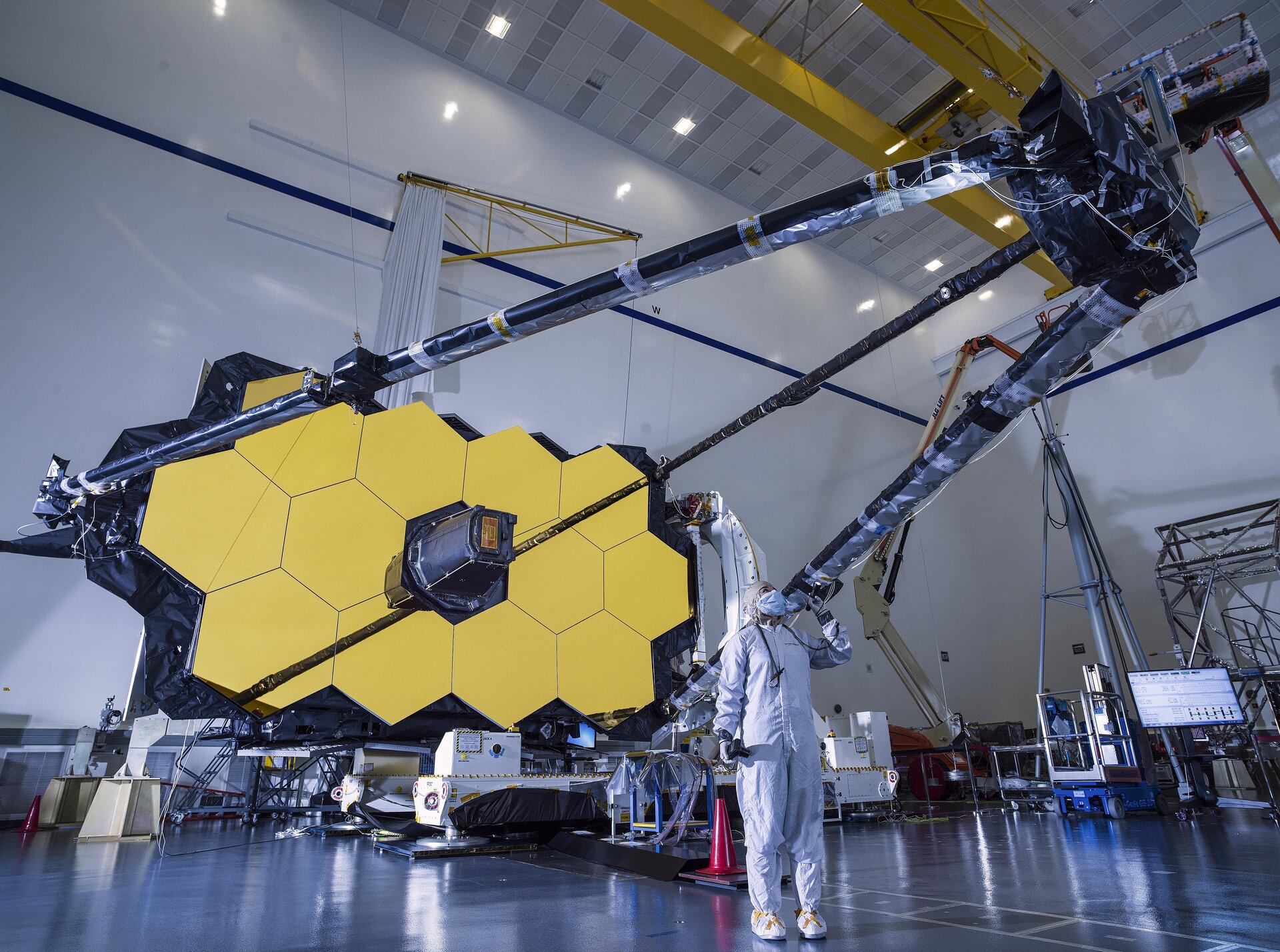 The secondary mirror – visible in the top right corner of the image – is among the most important pieces of equipment on the NASA/ESA/CSA James Webb Space Telescope (JWST) and is essential to the success of the mission.

Folded together with the other observatory components during launch, the secondary mirror will be deployed as part of an intricate choreography that will bring the observatory to life once in space. When deployed, like in this view, it faces Webb’s iconic honeycomb-like pattern of 18 hexagonal, gold-coated primary mirror segments. This primary mirror structure is seen in the lower left of the image in its folded configuration, showing only 12 segments.

Once the observatory is in space, light from distant stars and galaxies will first reach its primary mirror, which reflect it into a focused beam towards the secondary mirror. From there, the beam is then sent through the ‘hole’ in the primary mirror structure into the tertiary and fine steering mirrors, and eventually to the four scientific instruments, which sit behind the primary mirror in this view.

Technicians and engineers recently tested a key part of the telescope unfolding choreography by successfully commanding Webb to deploy the support structure that holds its secondary mirror in place. This is a critical milestone in preparing the observatory for its journey to orbit, as the proper deployment and positioning of the telescope’s secondary mirror is critical to perform the mission’s revolutionary science.

This successful test also provided another demonstration that the electronic connection between the spacecraft and the telescope is working properly, and is capable of delivering commands throughout the observatory as designed.

Next on the list of key mission milestones is the integration of the James Webb Space Telescope’s two halves – the telescope element, which comprises the mirrors and science instruments, and the spacecraft and sunshield element – into its final form as a complete observatory.

Currently at Northrop Grumman Aerospace Systems in Redondo Beach, California, Webb is scheduled for launch on a European Ariane 5 rocket from French Guiana in March 2021.