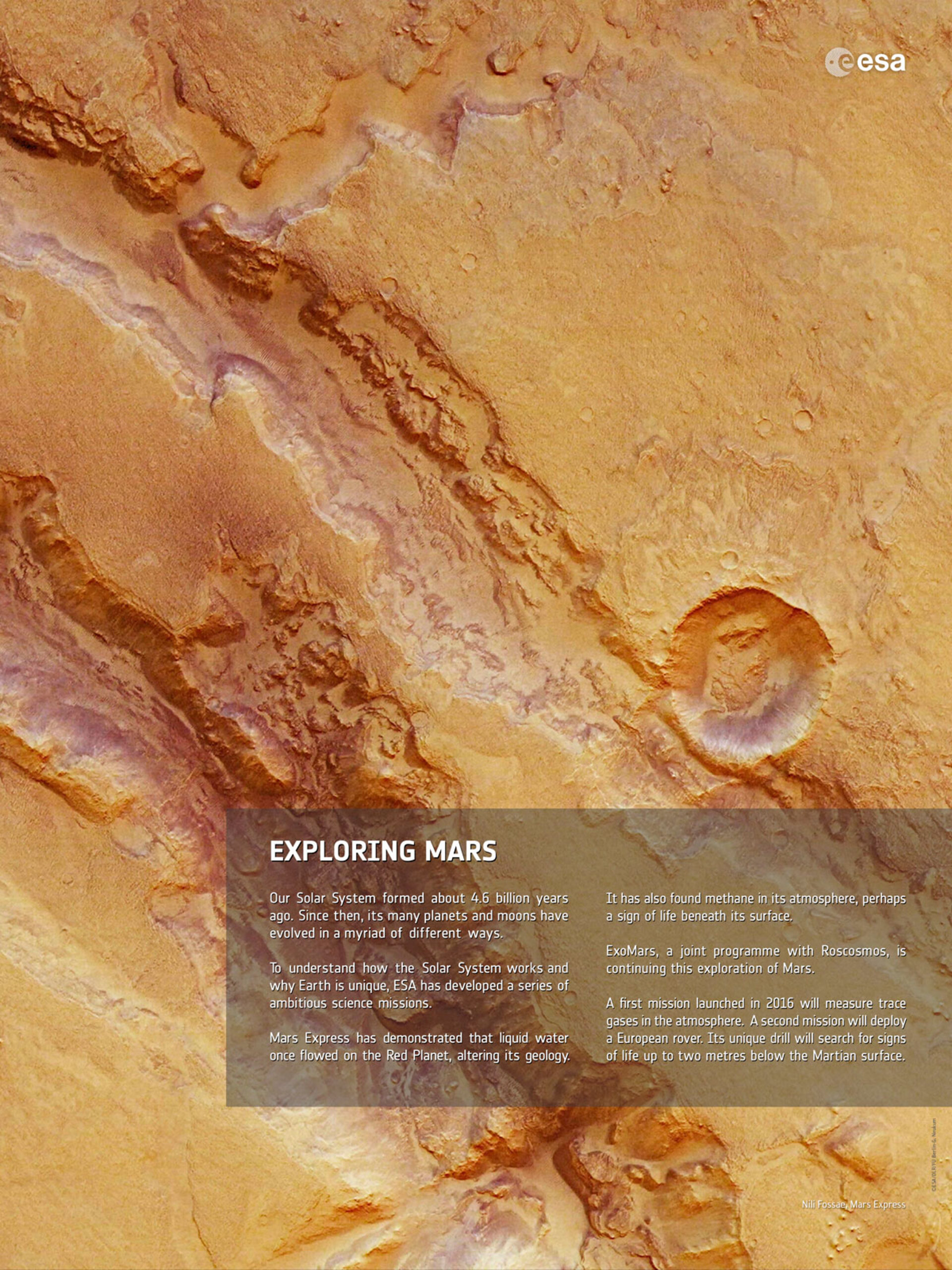 Our Solar System formed about 4.6 billion years ago. Since then, its many planets and moons have evolved in a myriad of different ways. To understand how the Solar System works and why Earth is unique, ESA  has developed a series of ambitious science missions.

Mars Express has demonstrated that liquid water once flowed on the Red Planet, altering its geology.  It has also found methane in its atmosphere, perhaps a sign of life beneath its surface.

ExoMars, a joint programme with Roscosmos, is continuing this exploration of Mars.

A first mission launched in 2016 will measure trace gases in the atmosphere.  A second mission will deploy a European rover.  Its unique drill will search for signs of life up to two metres below the Martian surface.