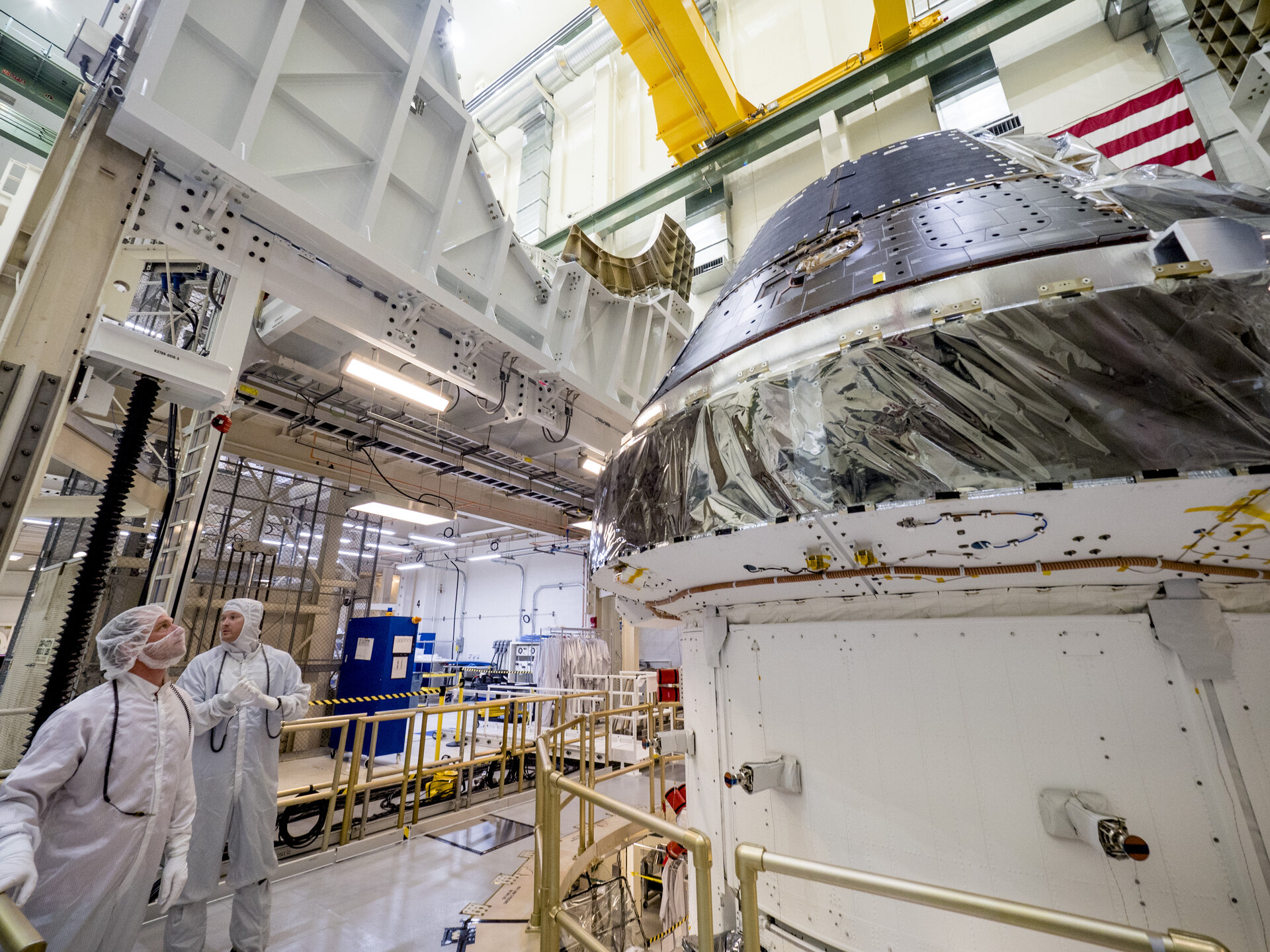 First image of the complete Orion spacecraft that will fly around the Moon on the Artemis-1 mission.

At NASA's Kennedy Space Center in Florida, USA, the full spacecraft with the European Service Module, Crew Module Adapater and Crew Module were unveiled on the 50th anniversary of the Moon landing.

The first Orion spacecraft was unveiled in its entirety on 18 July at NASA’s Kennedy Space Center in Florida, USA. After assembling the European Service Module in Bremen, Germany, and the Crew Module Adapter and Crew Module in USA, the three elements of the spacecraft are now integrated into the full Orion that stands almost as high as a two-storey house.

Power and fluid lines were connected to complete the integration and the electrical systems were started up, with the Initial Power On taking place on 2 August. Engineers will now install a heatshield panel on the spacecraft and prepare it for a September ferry flight to NASA’s Plum Brook Station in Ohio.

Testing will continue in Plum Brook to ensure the completed spacecraft can withstand the harsh environment of deep space.