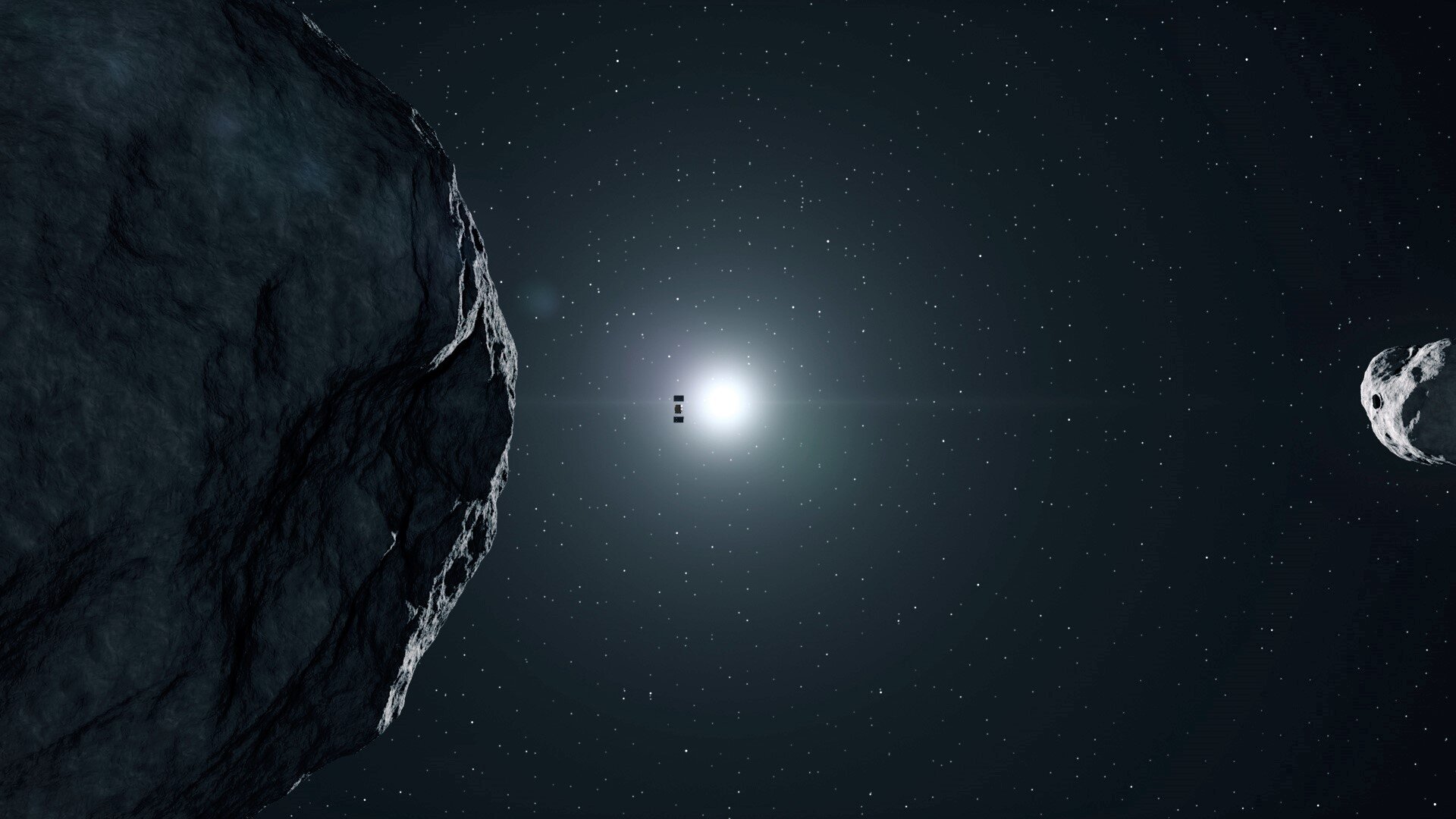 Hera is a candidate ESA mission that will be humankind’s first probe to rendezvous with a binary asteroid system, Didymos.

Didymoon will be impacted by the NASA DART spacecraft in October 2022. Its orbital velocity is expected to be shifted by around half a millimetre per second, changing its rotation period enough to be measured roughly with Earth-based telescopes. At the same time DART’s collision will also leave a 20-metre-wide crater on Didymoon’s surface. Mapping the shape of this crater will provide unique information to design asteroid deflection missions in future. In addition, it will shed light on the asteroid’s surface properties and internal structure. Is the asteroid a monolithic mass or a rubble pile? Is it composed of large or tiny grains? Is the subsurface composition identical to the surface one?

Hera will map Didymoon’s entire surface down to a resolution of a few metres, and the surface surrounding the DART crater down to >10 cm resolution, through a series of daring flybys. It will also map much of the surface of the primary Didymos asteroid, providing crucial scientific data from two asteroids in a single mission.