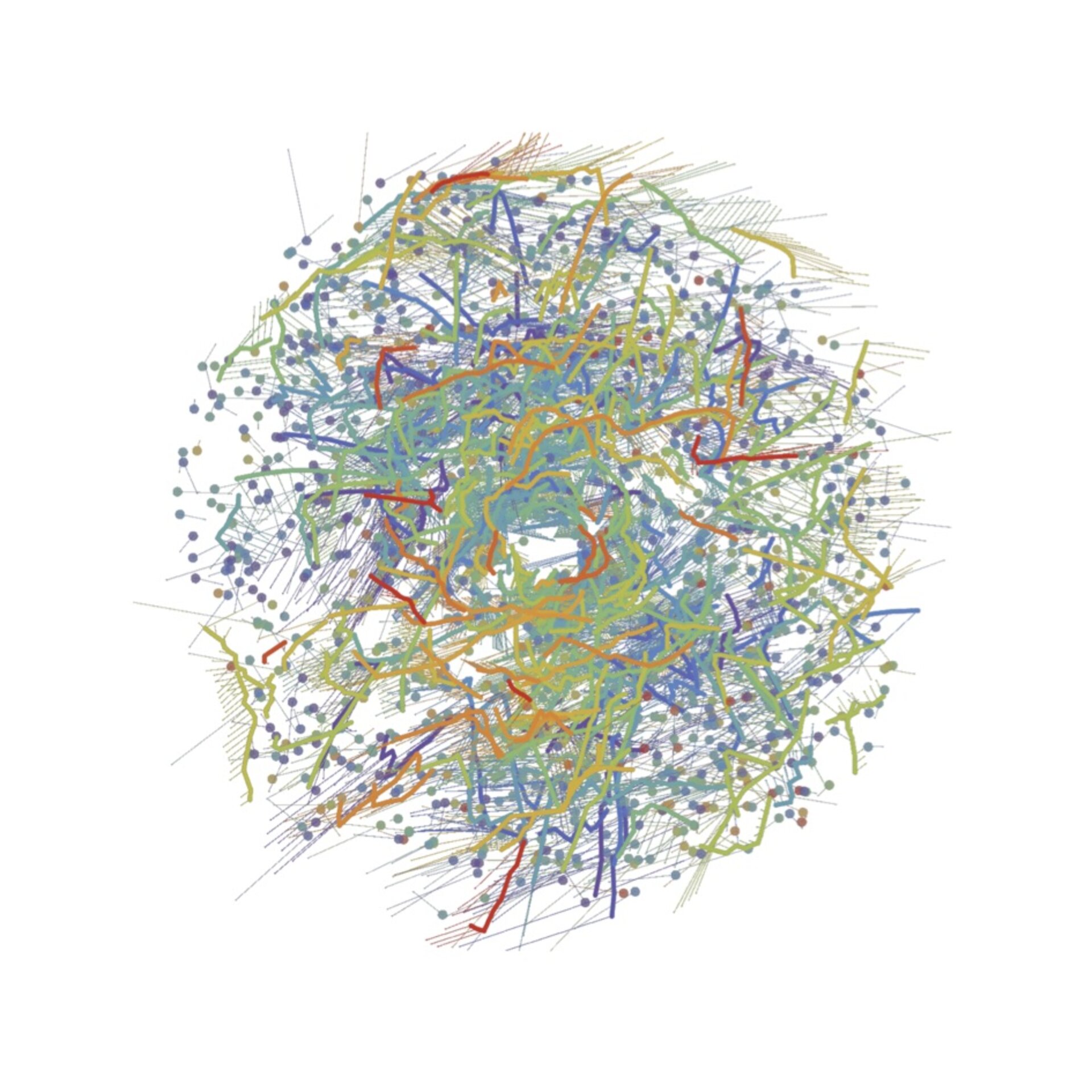 Stellar groups and strings in the Milky Way – face-on view

This diagram shows a face-on view of stellar ‘families’ – clusters (dots) and co-moving groups (thick lines) of stars – within about 3000 light-years from the Sun, which is located at the centre of the image. The diagram is based on data from the second data release of ESA’s Gaia mission.

Each family is identified with a different colour and comprises a population of stars that formed at the same time. Purple hues represent the oldest stellar populations, which formed around 1 billion years ago; blue and green hues represent intermediate ages, with stars that formed hundreds of millions of years ago; orange and red hues show the youngest stellar populations, which formed less than a hundred million years ago.

Thin lines show the predicted velocities of each group of stars over the next 5 million years, based on Gaia’s measurements. The lack of structures at the centre is an artefact of the method used to trace individual populations, not due to a physical bubble.

A recent study using data from Gaia’s second data release uncovered nearly 2000 previously unidentified clusters and co-moving groups of stars and determined the ages for hundreds of thousands of stars, making it possible to track stellar ‘siblings’ and uncover their surprising arrangements. The study revealed that the most massive among these familial groups of stars may keep moving together through the galaxy in long, string-like configurations for billions of years after their birth.