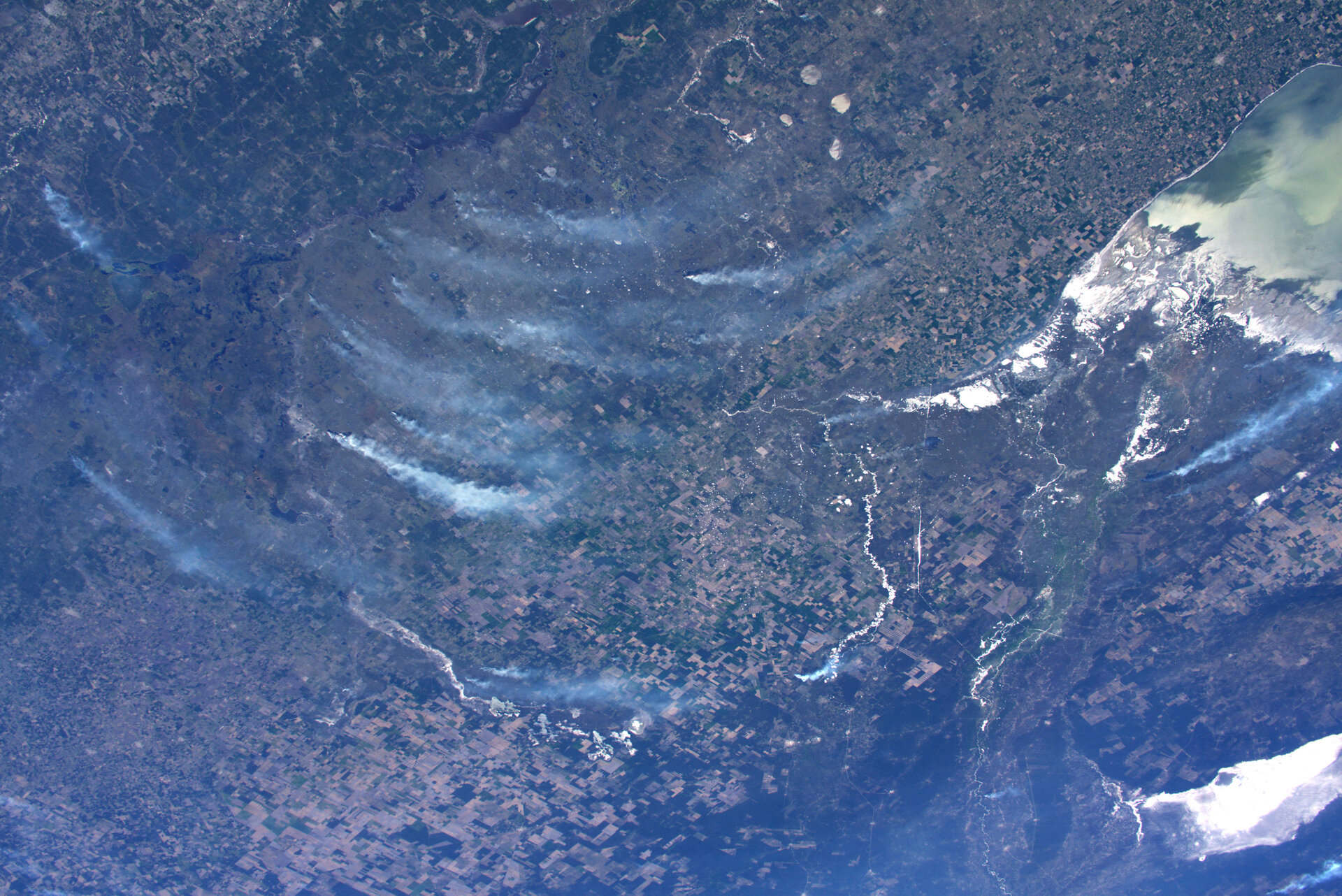 ESA astronaut Luca Parmitano captured this image of fires in the Amazon from the International Space Station and shared it on his social media channels saying: "Our world burned alive. Together with our future."