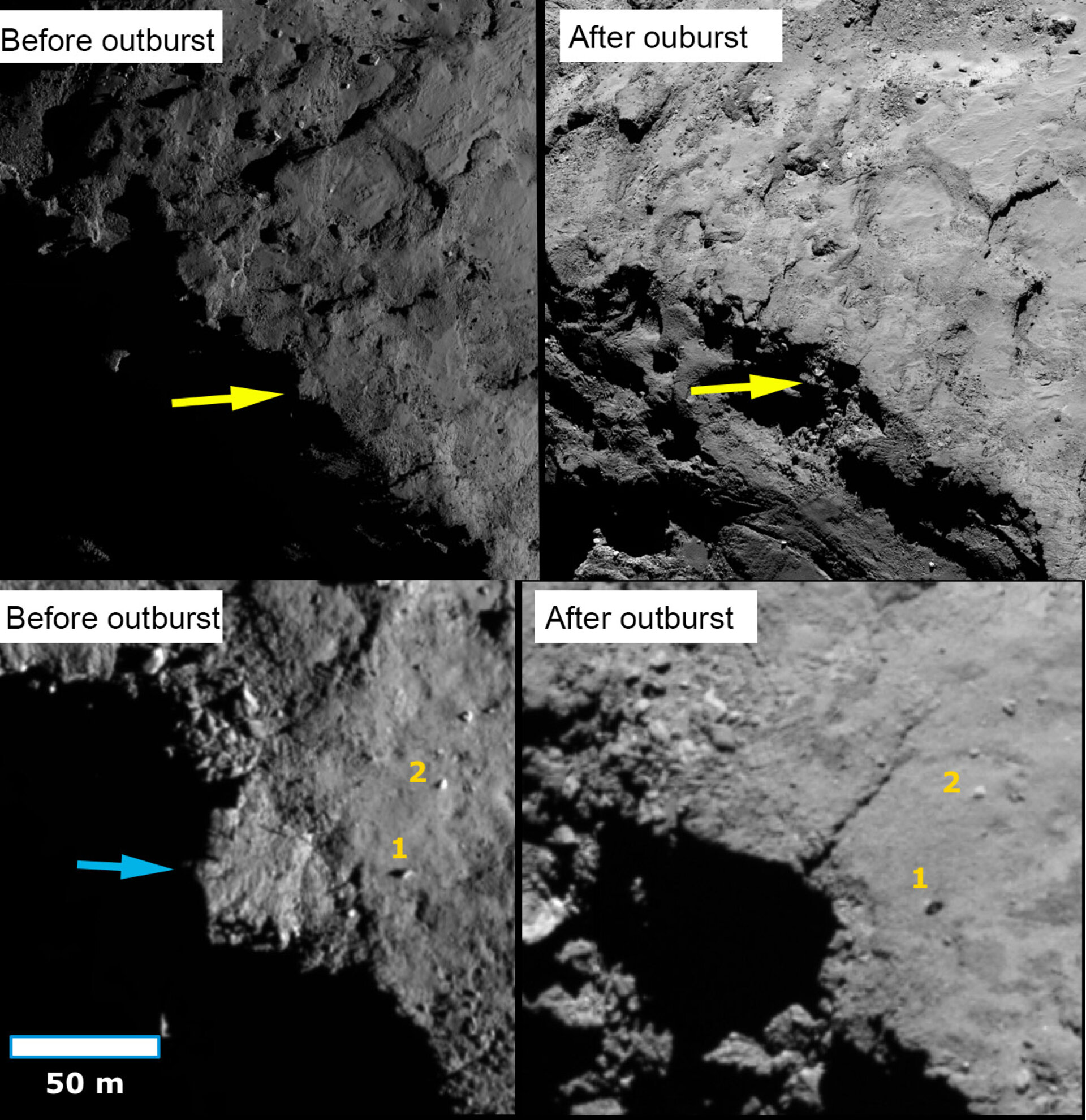 Cliff collapse before and after

Before and after a cliff collapse on Comet 67P/Churyumov-Gerasimenko. In the upper panels the yellow arrows show the location of a scarp at the boundary between the illuminated northern hemisphere and the dark southern hemisphere of the small lobe at times before and after the outburst event (September 2014 and June 2016, respectively). The lower panels show close-ups of the upper panels; the blue arrow points to the scarp that appears to have collapsed in the image after the outburst. Two boulders (1and 2) are marked for orientation.