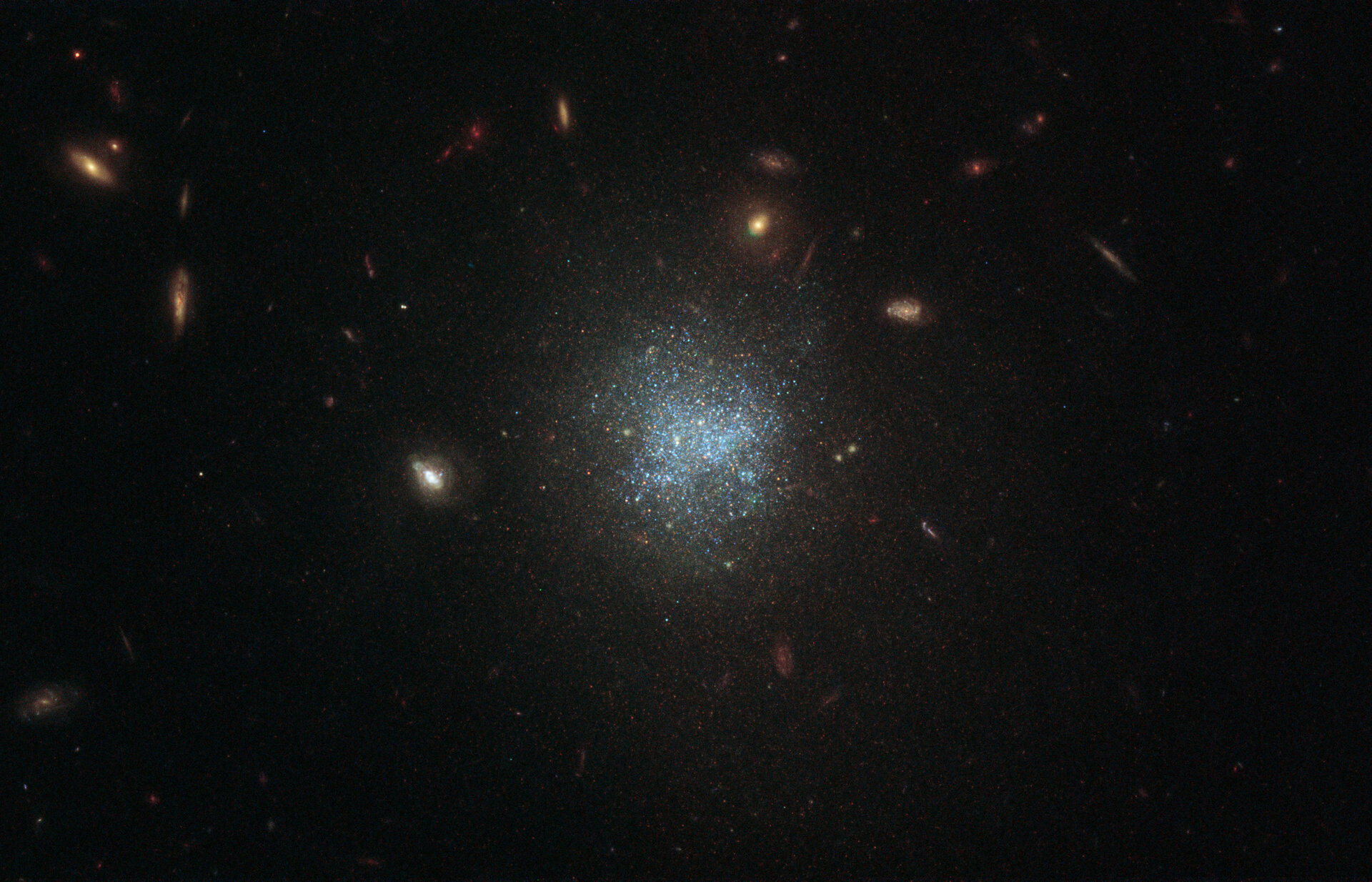 Dark matter in the belly of the whale

This image, taken with the NASA/ESA Hubble Space Telescope, focuses on an object named UGC 695, which is located 30 million light-years away within the constellation Cetus (The Sea Monster), also known as The Whale.

UGC 695 is a low-surface-brightness (LSB) galaxy. These galaxies are so faint that their brightness is less than the background brightness of Earth’s atmosphere, which makes them tricky to observe. This low brightness is the result of the relatively small number of stars within them — most of the baryonic matter in these galaxies exists in the form of huge clouds of gas and dust. The stars are also distributed over a relatively large area.

LSB galaxies, like dwarf galaxies, have a high fraction of dark matter relative to the number of stars they contain. Astronomers still debate about how LSB galaxies formed in the first place.