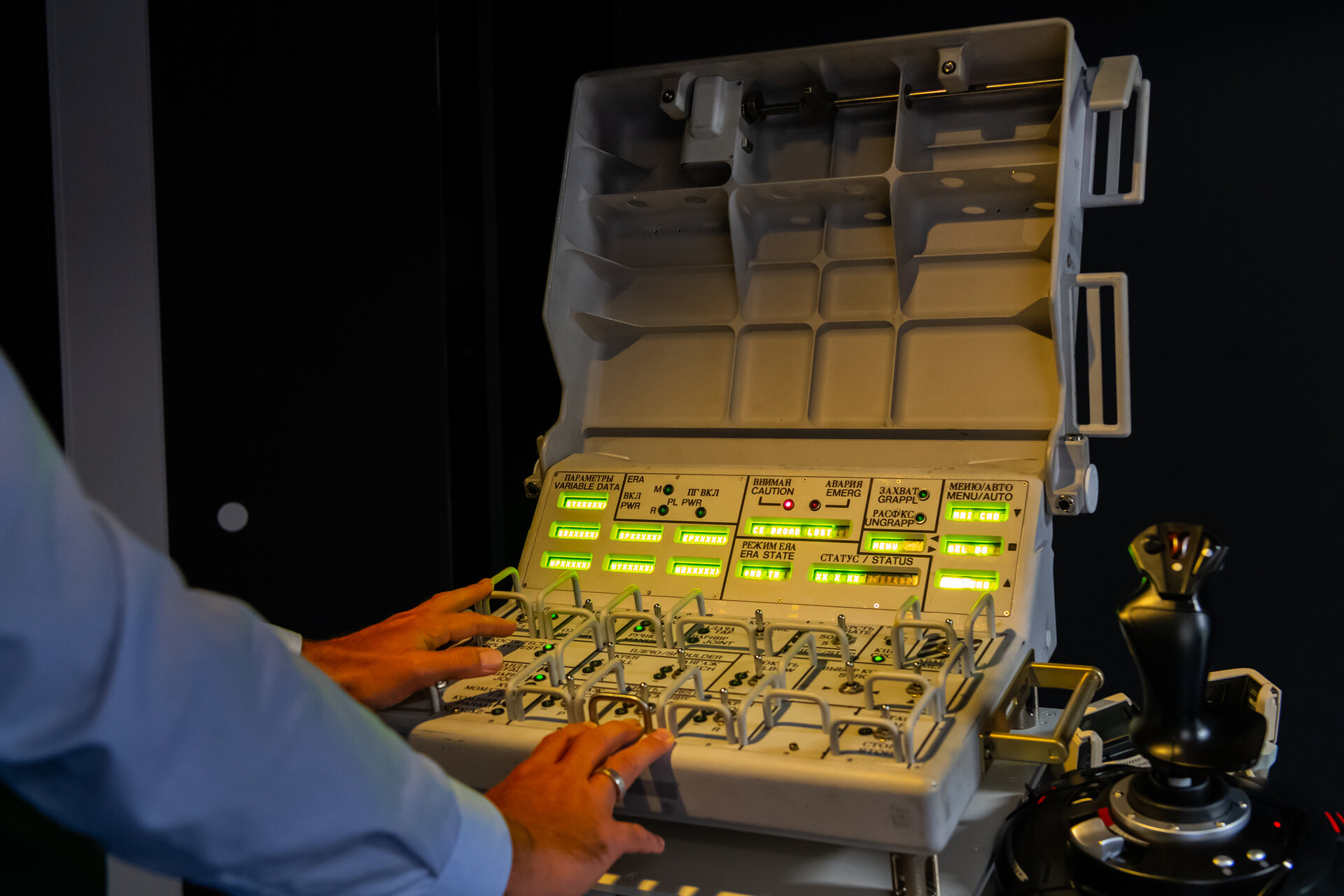 This rugged control panel has been designed to be used by a cosmonaut in a spacesuit, on the outside of the International Space Station.

Known as the ‘External Man Machine Interface’, it will be used to control the European Robotic Arm, which is due to reach the Station as part of Russia’s long-awaited Nauka (meaning ‘Science’) Multipurpose Laboratory Module (MLM) next year.

ESA designed the European Robotic Arm (ERA) as part of its contributions to the ISS. The 11.3-m long, seven degrees of freedom robotic manipulator will be the third arm to reach the Station, following Canada’s ‘Canadarm’ and Japan’s Remote Manipulator System. Serving the Russian segment of ISS, ERA will be able to manipulate payloads of up to 8 tonnes, with a positioning accuracy of 5 mm.

“The Russians wanted to give their spacewalkers the option of direct control over ERA,” explains ESA robotics engineer Lodewijk Aris.

“So we built this external interface along with as a pair of internal interfaces. External control is one of the attributes that make ERA unique among the Station arms. The interface is designed to endure the space environment for at least a decade – when not in use the hinged cover is closed, to protect it from thermal extremes, radiation and micrometeorites.

“We’ll be demonstrating part of this ERA ‘Iron Bird’ during the ESA Open Day on Sunday 6 October. The whole arm is too bulky for our facilities, but we’ll be controlling its wrist live during the Open Day, using the laptop-style internal interface.”

Able to move in a similar manner to a human arm, ERA is symmetrical in design around its central elbow joint, with both ends of the arm concluding in end effectors that can function together with their wrists either as ‘shoulders’ or ‘hands’.

Its shoulder side will be connected to one of four different ‘base plates’ around the MLM, providing data and power links, while its wrist-and-hand side will be able to take payloads from the module’s airlock and place them on a selection of payload mounting units. ERA will be relocated between base plates as required.

As a safety feature, ERA includes a detailed virtual map of the ISS to prevent any accidental collision with Station structure – which has been kept updated as the Station grew during its wait for flight.

“The MLM, equipped with its own solar panels, an airlock and Soyuz docking port as well as ERA should offer a significant boost to ISS science,” adds Aris. “Directly after its in-orbit validation phase, ERA will have the crucial role of installing the MLM’s radiator and airlock – with backup from the ERA operations room here in the ESTEC technical centre in the Netherlands – before being formally handed over to the Russians for operational use.”

The launch of the 20-tonne MLM by Proton rocket is currently planned from Kazakhstan’s Baikonour cosmodrome in December 2020.