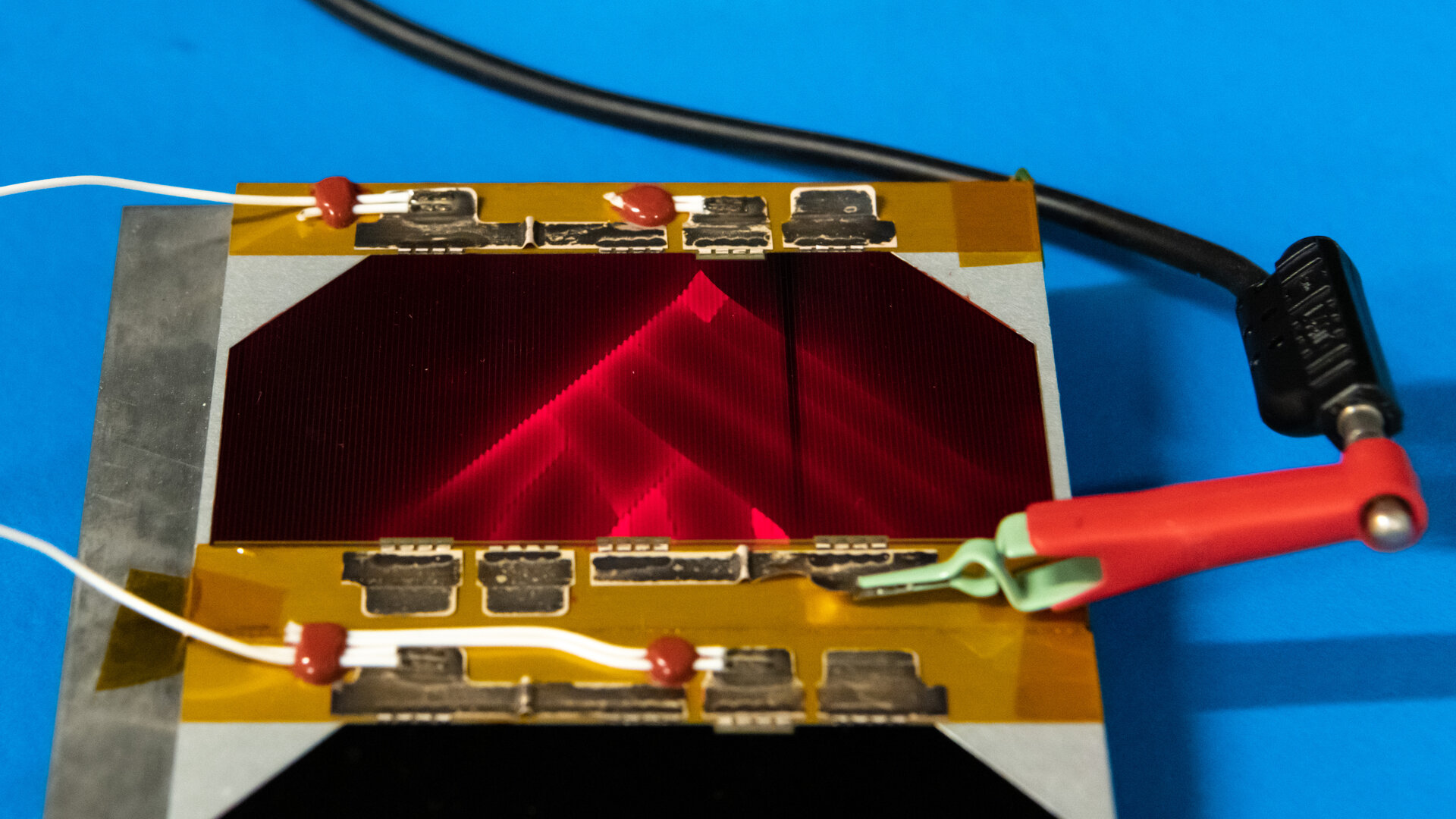 A solar cell is being turned into a light source by running electric current through it. Such ‘luminescence’ testing is performed routinely in ESA’s Solar Generator Laboratory, employed to detect cell defects – such as the cracks highlighted here.

By happy accident the solar (or ‘photovoltaic’) cell was invented in 1954, just before the start of the Space Age, allowing satellites to run off the abundant sunshine found in Earth orbit and beyond.

Made from the same kind of semiconductor materials as computer circuits, solar cells are designed so that incoming sunlight generates an electric current. But the process can be reversed for test purposes: apply an electric charge and a solar cell will glow.

Solar cells, carefully assembled together into arrays, are an essential part of space missions, together with specially-designed batteries for times when a satellite needs more power, passes into darkness or faces a power emergency – plus the power conditioning and distribution electronics keeping all parts of a mission supplied with the power they require.

“Without the research and development ESA performs with European industry to ensure the continued availability of high-performance space power systems and components we would be left utterly reliant on foreign suppliers, or missions wouldn’t fly at all. We will be taking a look back at the important work done during the last three decades during this month’s European Space Power Conference.”

“It will begin 30 years to the week from the very first conference in the series,” adds ESA power conditioning engineer Mariel Triggianese, ESPC’s technical coordinator.

“So we’ll be commemorating our past but also looking forward. Our theme is ‘Space Power, Achievements and Challenges’. The chief technology officers from Airbus, Thales, Ariane Group and OHB will be joined by ESA’s Director of Technology Engineering and Quality, Franco Ongaro, to discuss the space power needs of their markets into the future.”